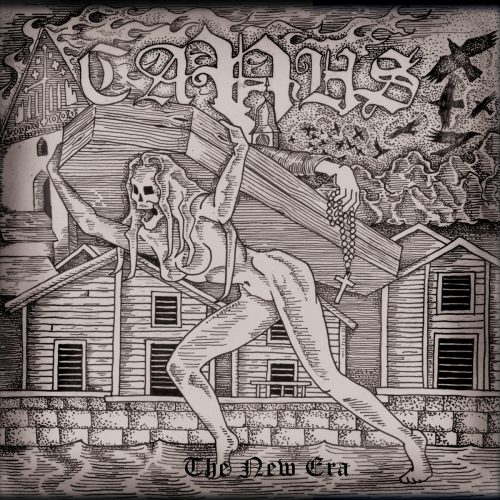 A long eight years have passed since the Finnish black metal band Cavus released their debut album Fester and Putrefy though the French label Listenable Records. Various difficulties delayed the completion of a second album, but the work is now done… and time has clearly not diminished Cavus‘ hunger for blood, fire, disease, and death.

The new album is named The New Era, and delivers 10 tracks and more than 40 minutes of mauling savagery. We have one of those tracks for you to hear today in advance of the album’s release on April 11 by Satanath Records (Russia) and Final Gate Records (Germany). “Divine Power” is its name 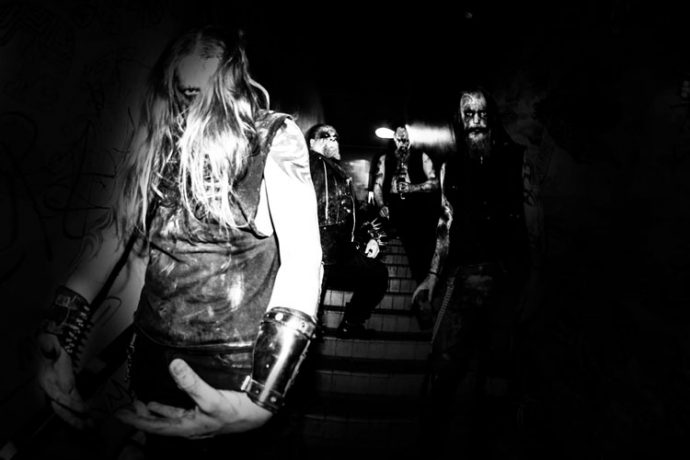 “Divine Power” channels feral passions and furious energies — sensations of depravity, lust, and chaos. There’s a heavy and malignant low-end strength to the music thanks to a deep, pulsing bass guitar and bursts of double-bass drumming, and the slashing and seething riffs are just as cold and merciless.

But the song is also as wild as wolves, erupting in clattering snare-drum frenzies and lashing chords. The vocals are also thoroughly deranged and vicious. Cavus further inject devilish, punk-like romping and strains of bleak, poisonous melody in the midst of these torrents of rumbling and ravaging mayhem.

Satanath and Final Gate will release the album in a jewel-box, vinyl-style CD edition limited to 500 copies, with a 4-page booklet. They recommend A New Era for fans of Dark Funeral, Keep of Kalessin, Gorgoroth, Horna, and Impaled Nazarene.

The track list is below, along with links, our premiere of “Divine Power”, and the stream of a previously released track named “Morphine”, which is available as a free download at Bandcamp.