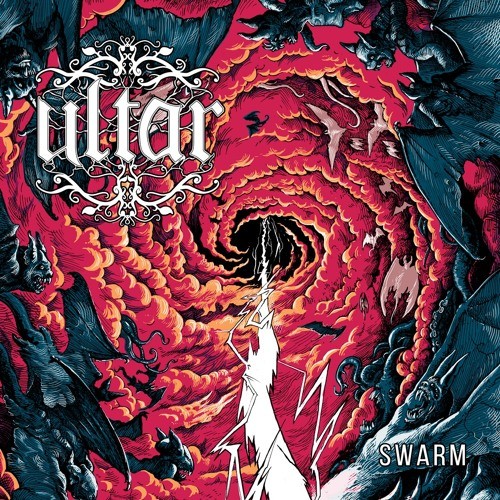 In the late summer of 2016 we had the good fortune to premiere a song and accompanying video for a track from the debut album by the band Ultar from Siberian Russia. That song — “Azathoth” — left such a lasting impression that we also named it to our list of 2016’s Most Infectious Extreme Metal Songs. And it wasn’t the only song on that very promising debut album (Kadath) that left positive lasting impressions.

Today we’re happy to report that Ultar are returning with a second album later this year. The working title is Pantheon MMXVIII, and it will be released by the Swedish label Temple of Torturous in both vinyl and digital formats. In addition to that news, we’re presenting a stream of one of the new album tracks, the name of which is “Swarm“. 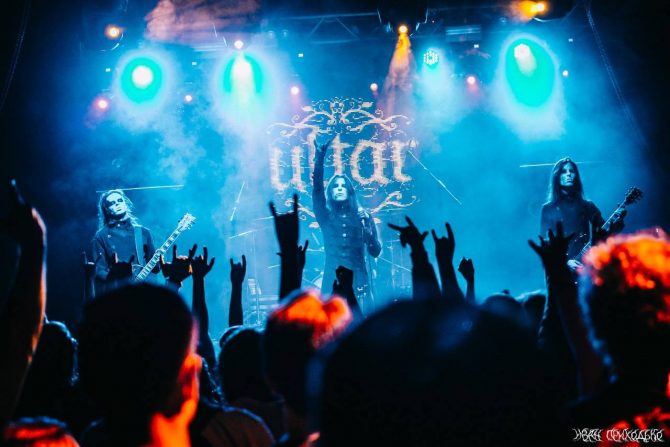 Ultar have commented on the track as follows:

“This song is something like our anthem to the struggles of the world surrounding us, cold and unfriendly, ready to swallow anyone on his or her own. At the same time, the second half of the song is the ultimate answer, powerful and enchanting. It’s bounding and calling up towards unification. Like a feeling of unity between people that may break any obstacle, a certain willingness to keep moving forward, no matter what borders or traps await on the trail. Our life is a war in some cases and this song is a manifest of readiness to fight along with your mates till the very end.”

The song itself is an emotionally powerful, fiercely intense track that combines the scorching savagery of black metal and atmospheric elements of post-metal. Its power builds over time, beginning with mystical guitar reverberations and then the union of slow, heavy bass and drum detonations. From there, Ultar accelerate into a rocking gait as the melody soars and shines, and then the music surges to a high-intensity boil — rushing ahead with a piston-driven drum attack, swarming riff-work, and ferocious, skin-flaying vocals.

There is indeed a dark, warlike atmosphere as the music moves toward a crescendo on the strength of a truly thunderous low-end drive and a storm of fiery, sweeping melody. And the song ends with a massive, head-hammering final section accented by arcs of gleaming melody.

For further news about this new Ultar release as it happens, check the links below. Ultar will also be embarking on a Russian tour to help spread the word about the record, and the current schedule is shown on the flyer which follows our stream of “Swarm“. 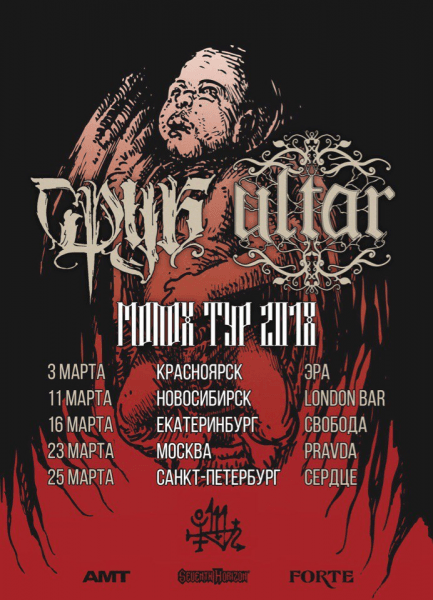