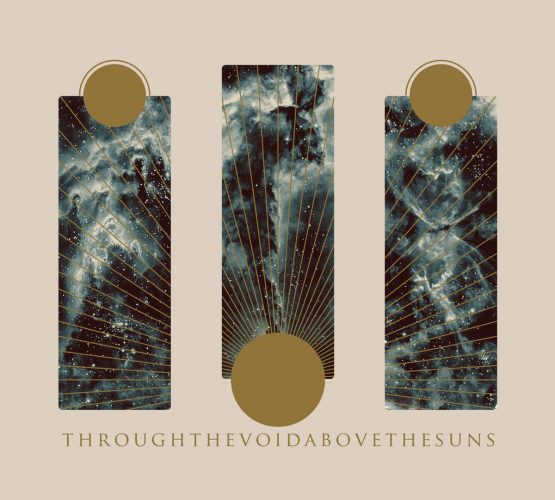 Space is still the final frontier. We gaze with our own eyes into the sparkled black vault of the night sky or peer more closely through telescopes, and there we see the undiscovered immensity of our past and the harbingers of our future looking back at us, producing a sense of wonder, awe, and perhaps fear.

Metal bands across a wide range of genres have taken the cosmos as their subject matter, and tried to express in different ways through their music the different perspectives and emotions spawned by consideration of the universe and our own tiny, fleeting place within it. Within that spectrum of sounds, Italy’s Deadly Carnage have take their own place with Through the Void, Above the Stars, a new album that will be released through A Sad Sadness Song on March 30. We present a full stream today, preceded by these thoughts about what they’ve created:

Conceptually (as described by the band), the album treats the Cosmos as a living, breathing entity, one that is born and gives life in the void, creating matter that bends time, branching in giant fractal patterns, eventually destroying everything, and then beginning again in the inhalation and exhalation of another breath, the start on another path among endless possibilities, awaiting again the rise of conscious, sentient beings from the stuff of the stars. In this recurring process, Deadly Carnage see “a sacred geometry” and hear “the whispers of the strings” in the space between the spheres at the beginning and at the end, and then try to capture that in their music, together with the stages of procreation and destruction that happen within these vast cycles.

To do this they draw from post-metal, black-metal, and doom, creating a dynamic flow across the album that is soft and loud; ethereal and spine-shaking; bright and brooding; mysterious, meditative, and mortifying. In sequence, the songs range through the stages described above, flowing from one into the next as a further way of reflecting the inevitability of the cycle.

As the power and intensity of the music ebbs and surges, they employ lead-weighted bass lines, jabbing riffs, and jarring drum blows — but also soaring panoramic melodies, glimmering celestial guitar reverberations, and vibrant, swirling leads (almost everything drenched in reverb to help create an atmosphere that’s consonant with the subject matter). They build harrowing tension to the breaking point and then subside into beautiful, dreamlike interludes. They allow the music to take deep breaths but also send it toward towering crescendos, both wondrously grand and crushingly dark.

Beyond its defined conceptual approach, however, the album can be understood on another level, through the changing moods and emotions it conveys. In other words, there is a very human component in these compositions and performances, perhaps most obviously in the vocals, which combine wrenching cries that bespeak a shattering soul and beautiful clean vocals that range from the somber to the soaring in their timbre. But the changing emotional moods of the music draw strength from more than just the vocals.

These well-thought-out and well-performed songs can be moody, dark and threatening, fearsome and fearful, self-reflective and soulful, incendiary and grief-stricken. And to help guide these changing moods, the band add numerous musical accents, such as the rippling yet beautifully fluid (and beautifully toned) guitar solo in “Fractals”, full of mystery and wonder, and the sublime piano piece that ends “Divide” and flows into the beginning of “Entropia”. 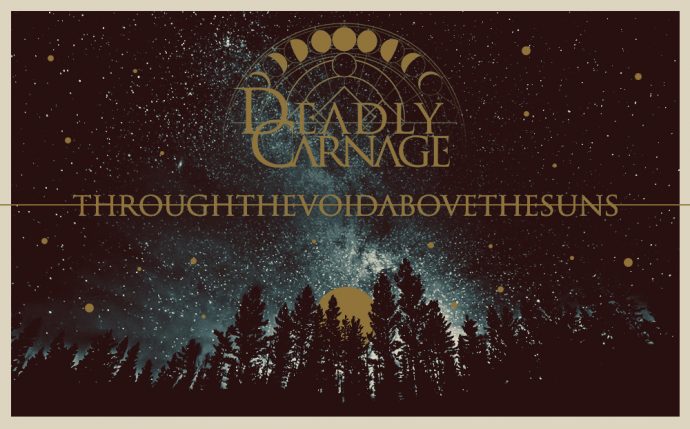 Overall, Through the Void, Above the Stars is an enthralling trip, one best experienced in a single sitting, but with tracks that also stand out well on their own. We hope you enjoy it as much as we have. And if you do, visit the Bandcamp link below to order it.

2 Responses to “AN NCS ALBUM PREMIERE (AND A REVIEW): DEADLY CARNAGE — “THROUGH THE VOID, ABOVE THE STARS””