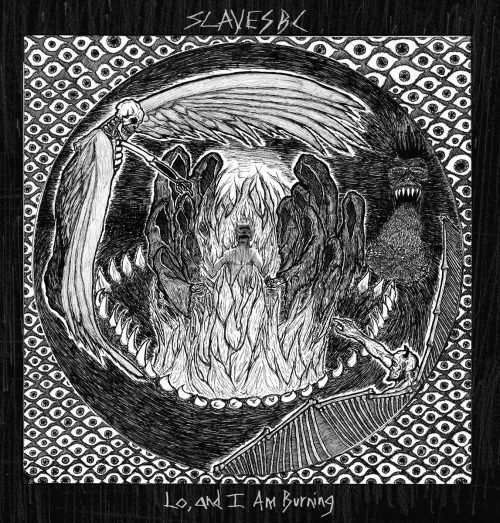 (Here’s Andy Synn’s review of the new album by Slaves BC from Pittsburgh, which was released digitally and on vinyl on March 16th.)

Those of you who have been following the site for a while may be aware that Death Mask, the third (and, ultimately, final) album by blackened metallic filthmongers Lord Mantis was one of my favourite releases of 2014, and remains one of my most listened to albums to this day.

But the acrimonious collapse of the line-up which gave birth to that record, followed a few years later by the sad passing of drummer Bill Bumgardner (and the subsequent final dissolution of the band) meant that any hopes of ever receiving a similarly scathing and spite-fuelled follow-up were dashed forever.

In the intervening years between then and now I’ve kept my eyes and ears open for a band/album capable of hitting that same sick spot (with Phantom Winter coming closest), but had never found anyone capable of sending that same sadistic shiver down my spine… until now. 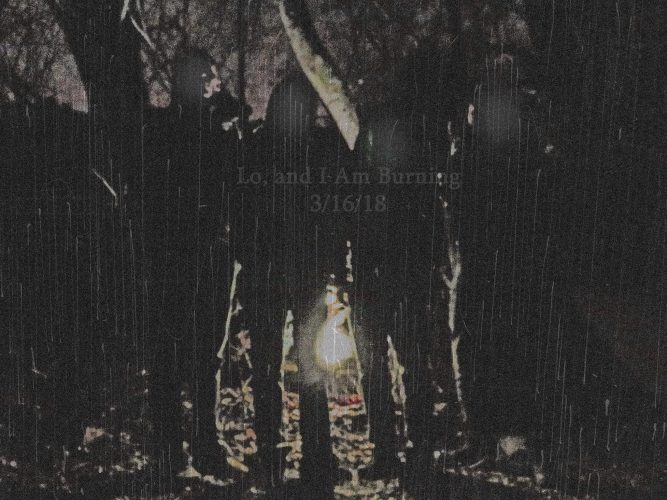 Whereas the first Slaves BC album (All Is Dust and I Am Nothing) was a slightly disjointed affair which incorporated a fair bit of (Blackened) Hardcore – both structurally and vocally – into its seething sonic stew, Lo, and I Am Burning features a much grimmer, grittier, and much more Black Metal focussed sound whose blend of squalling dissonance, sludge-drenched ugliness, and visceral, howling anguish recalls both Lord Mantis and Cobalt – not least because the vocals of Josh Thieler bear more than a passing resemblance to the self-loathing snarl of Charlie Fell.

And while Lo, and I am Burning may lack the inhuman industrial tinge of Death Mask it definitely doesn’t lack for any of the same emotional extremity and tortured introspection which made that album such a powerful (and punishing) experience.

Interestingly enough this is the second record I’ve reviewed recently which has some significant Christian under-/overtones. But whereas Scourge largely downplayed this aspect, Lo, and I Am Burning wears its faith right out on its sleeve.

That being said, don’t expect any sermons or attempts to convert you here, as Thieler (who is also the group’s primary lyricist) clearly has no interest in anything like that, and instead uses his beliefs as a way of framing some very real, very personal experiences, touching delicately, yet also devastatingly, on issues of grief and loss, suicide and depression, alcoholism and abuse.

Of course the Christian element of the band’s identity may lead some people to write them off entirely, and that’s entirely their prerogative. For myself, I can admire a man who has the courage to stand by his convictions, even if I don’t agree with them, and usually find that any writer working from a sincerely held set of beliefs – whether Satanic or secular, atheist or nihilist – is one whom I’m willing to listen to and learn from, as long as they refrain from preaching or proselytizing.

Those who do make the decision to reject this album will be missing out on some seriously savage, nerve-wrackingly intense stuff, though, such as the scraping hooks of manic opener “Lo” and the strychnine-laced pseudo-melodies of “We Are All God’s Fault”, or the bombardment of ear-bleeding dissonance and shrieking vitriol that is “Lightbringer”, which together make up the album’s opening trilogy of terror.

They’ll also end up overlooking scorchers like “XLV” and its follow-up “I Looked Upon the Face of God and My Body Turned As Ash”, which bring together lurching, nauseating Sludge and pounding, discordant Black Metal in one hellish frenzy of metallic self-mortification, as well as the unsettling atmosphere and spasming riffs of “Honor Thy Father and Mother” and the compulsive convulsions of “When Her Prayers Are Silenced”.

However if, like me, you’ve elected to give this album the chance it deserves, then it’s very likely you’ll have come to the conclusion that – all issues of faith and belief aside – it’s a real monster, heavy both sonically and emotionally, that doesn’t just embrace its demons, but drags them kicking and screaming out into the light, holding them up for all to see.

Perhaps nowhere is this clearer than in the writhing, scraping, clawing-at-the-walls, insanity of crucifying closer “Unclean”, which serves to hammer home just how harsh and unforgiving this album is in its unflinching portrayal of human frailty and suffering, and ends the whole abhorrent affair in disgustingly abrasive and uncompromising style.

Lo, and I Am Burning may very well be a divisive release, when all is said and done, and it may not be an easy listen even at the best of times, but it’s undoubtedly a brutally rewarding, not to mention disturbingly compelling, album all the same, and one of my favourite new discoveries of the year.