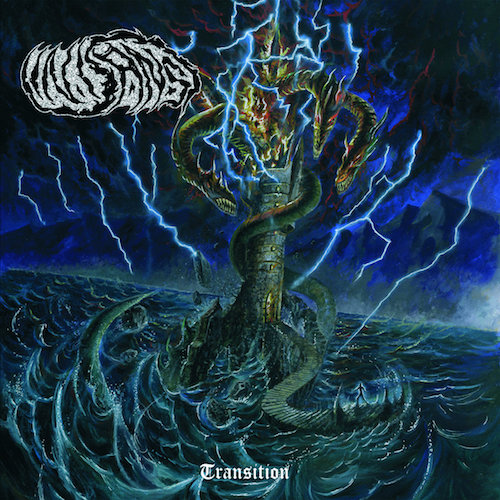 When many of us think about Swedish metal of death, what often comes to mind first is rotten, old-skull, chain-sawing morbidity, a mix of lurching ghoulishness and juggernaut plundering. Inisans are from Sweden, and they play death metal, but their music is a kind of incinerating lunacy, a form of shocking and electrifying violence that tends to leave listeners bludgeoned black and blue and gasping for air.

Those tendencies are rampantly on display in their debut album Transition, which will be released by Blood Harvest Records on April 6. But you won’t have to wait until the 6th to find out just how explosive the album is, because we have a full stream for you today. 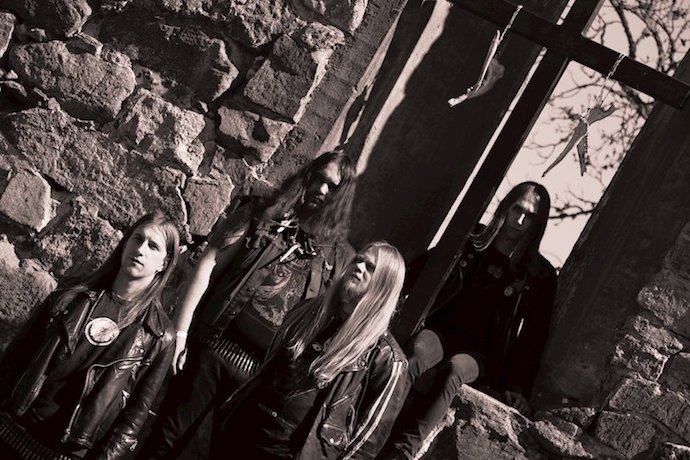 Inisans really are quite adept at channeling a blistering insanity in their music, and combining that with an atmosphere of uncontrollable, unearthly viciousness. Each track funnels you into a roiling storm of battering drums, pummeling bass, and blizzards of wild tremolo riffing, with a guitar tone that’s toxic and corrosive. One imagines schools of mutated piranha in a feeding frenzy, or swarms of enraged hornets the size of raptors, or perhaps even more obviously, a horde of demons in the throes of a violent orgy. The vocalist also sounds like a mutant, howling and barking in the same frenetic pace as the instrumentalists.

The album is a virtual non-stop rocket ride, with the speed zooming even further into the (bloody) red zone when bursts of freakish dual-guitar soloing leap from the songs, as if things weren’t deranged enough already. On the other hand, the music never seems off the rails, not only because the performers are so tightly integrated in what they’re doing, but also because Inisans regularly punctuate their murderous mauling with jaw-breaking grooves, those jab fests given even greater wallop when all the instruments lock together to maximize the punishment.

Every now and then Inisans do ease back on the throttle (a prime example of which occurs in the back half of “Demon Wings”), but it’s only to pull the listener into a mouldering sepulcher of misery and decay. And lest you forget that what’s happening here is a manifestation of preternatural horror, the band salt these poisonous concoctions with ghoulish, queasy melodies. 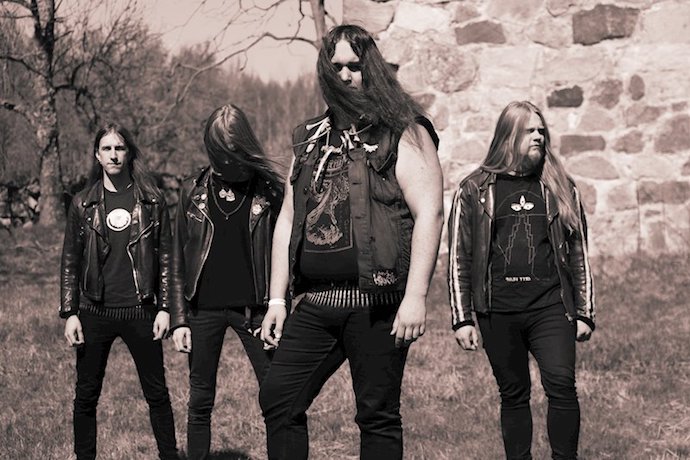 And with that preview behind you, fill your lungs with air and press play below. The pre-order links await you just below.

2 Responses to “AN NCS ALBUM PREMIERE (AND A REVIEW): INISANS — “TRANSITION””