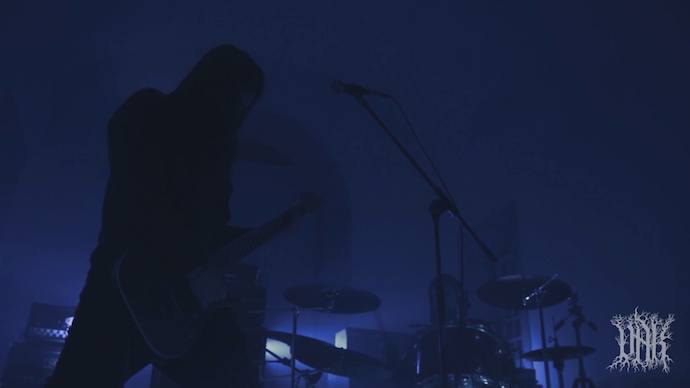 In the far northwestern corner of Portugal in the town of Viana near the Lima river estuary is a 16th-century fortress whose name is Castelo de Santiago da Barra. On the night of March 24th, in a chapel within the old castle, two talented funeral doom bands put on a memorable performance. One was Seattle’s Bell Witch, whose name has become well-known far and wide. The other is a Portuguese duo whose name is just beginning to spread. But what might now be only whispers about the band are likely to rise to an enthusiastic clamoring once more people discover their music.

That Portuguese duo, who have taken the name Oak, are both members of Gaerea, a tremendous black metal band who themselves have a new album on the horizon (you can hear the first single from the album at this location). Not long ago we had the pleasure of premiering a video for a live studio recording of an Oak composition called “Sculptures“, and today we present a professionally shot video of their set on March 24th at Castelo de Santiago da Barra. 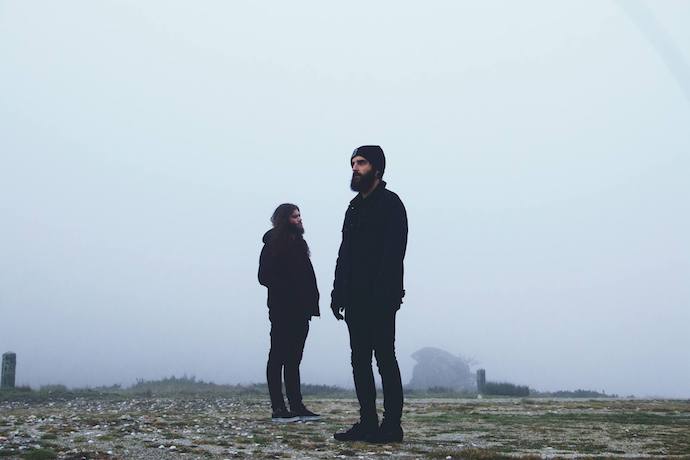 The video was filmed by Catarina Rocha and Ana Dias, and edited by Guilherme Henriques. The live sound was recorded by Ricardo Oliveira (Stone Sound Studio), who also recorded “Sculptures” for the video we premiered earlier this month. The lighting was under the control of Fábio Tierri.

And the lighting, as well as the ancient and solemn setting of the performance, are part of what makes the video you’re about to see so engrossing. It combines with the music in a way that creates a dreamlike and haunting experience.

Oak begin their set with “Sculptures”, but seamlessly continue on from there, creating a single piece of music lasting approximately 30 minutes. As we noted when we premiered the earlier recording of “Sculptures”, it is a work in progress, and so what you hear in this video might become two tracks, or a single one under a new name. We’ll have to wait for Oak’s debut album to find out.

As I wrote previously, “Sculptures” is a musical spellcaster of a high order, one that rises slowly like a chilling mist across a barren plain and then steadily grows in emotional power and intensity. It is no less spellbinding in this live performance. The widely spaced reverberating notes and the slow crack and boom of the drums in the song’s opening movement send shivers down the spine. The pulse eventually quickens, just as the song’s heart-aching melody becomes more despairing and the vocalist’s grim, cavernous growls become howls of pain.

As the pace subsides again, the mesmerizing guitar reverberations signal the return of a soulful, spectral visitation, eventually joined by a tumbling, rhythmically compulsive drum progression. And then the weight of crushing grief descends like a collapsing mountain — the music becomes staggeringly heavy, and then mounts toward a crescendo of blasting, thundering percussion, scything riffs, ravaging roars, and lacerating howls.

The intensity crests, and what’s left in its wake are final heartbeats and musical ghost-lights, echoing and shimmering across that barren plain in the mind’s eye, beautiful but otherworldly.

And then Oak move forward without a break into what might become a second track or a continuation of what is now called “Sculptures”. This further movement is at first abrasive and agonized, the distorted riff coming across as both moaning and feverish, building tension along with the vocals, which are a harrowing expression of suffering. The accompanying rhythmic drum beat that launches this further movement eventually slows, with that scarring riff replaced by a wistful and meditative melody, as if signaling a time of introspection or of somber dreams, or perhaps visions of pale forms drifting across a midnight ground spiked by tombstones.

The intensity of the music continues to surge and ebb, the sound of the guitar becoming a mind-abrading instrument once more and then slowing to create feelings of being lost and hopeless, the vocals pouring out sounds of torment or falling silent. When Oak reach a final crescendo, the vocals reach new heights of despair, the melody seems to convey a delirium of grief, and the drummer unleashes flurries of percussive fury. As the song ends, it really does feel like a spell finally dissolving — except the effects of the spell linger. 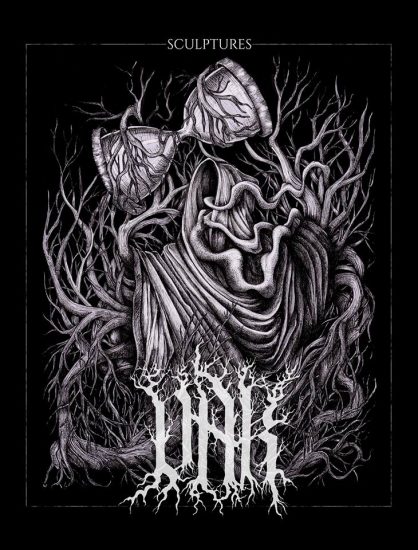 Give yourself the time to settle in, and to watch and listen to this video without interruption, preferably in a darkened room, to get the full impact of this experience. And if you’d like to hold on to the feeling, that live studio recording of an earlier version of “Sculptures” is still available for download at Bandcamp.

It’s going to be very interesting to find out where Oak go from here as they continue work on what will become their debut album. Follow them on Facebook to stay abreast of those developments.