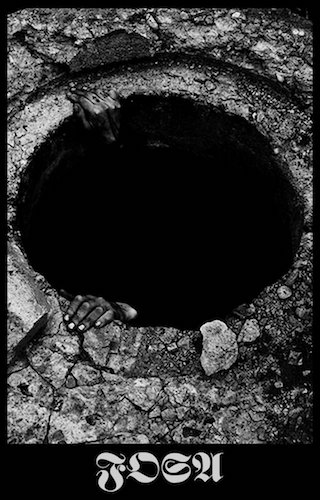 This isn’t a premiere in the usual sense of the word, or the usual way in which we use it. The recording is a 2016 demo, first released digitally, and even the tape release that’s the occasion for this feature is a couple of months old. But I’m calling it a premiere anyway because the odds are that this is the first time most of you will be hearing the music. I can promise you that you won’t soon forget it.

There’s no satisfying short-hand genre phrase for Fosa’s music on this demo. Crust and black metal are probably the dominant ingredients, but there are others, including sludge, harsh noise, and regular doses of lysergic acid. The end result is an experience that’s incredibly intense and undeniably traumatic. The sounds are primally powerful, titanically heavy, and murderous in their attempts to fracture the listener’s sanity. 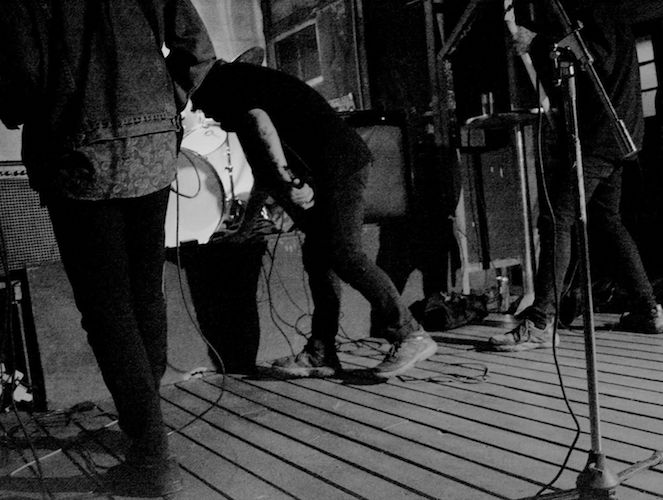 This is negative metal, to the point of being nihilistic. In multiple ways, these tracks choke the life out of hope, beat it black and blue, stomp its bones to splinters. They seem to expose the horror and futility of a hard-scrabbling existence, summoning the fury of disgust, the terrors of madness, and the pain of emotional collapse.

I think it’s also fair to say that as unrelentingly bleak and destructive as the demo is, it’s an ambitious work. The music reveals changing facets as the songs proceed along their twisted paths. The changes help keep the listener riveted. So does the music’s explosive and electrifying power, which sometimes seems overwhelming. So does the demo’s fearsome rabidness and emotionally crushing impact.

The vocals… oh man, the vocals… are absolutely raw and unhinged expressions of pain and rage. And there are still more facets to be experienced — among them, an interlude of slow, moody picking in the long central track, “Solo” (which is the one I’d recommend if you want to just sample one song from the record before deciding whether to commit to all of it); and the long mid-section of the closing track, in which Fosa do their best to take your sanity apart with freakish electronic warbling and skittering noises within a gale of abrading distortion, lifted by a demented but increasingly vibrant drum rhythm. 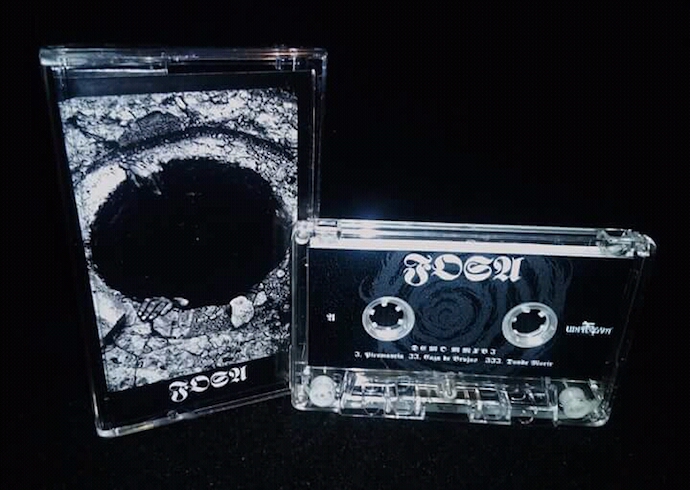 And so, “premiere” or not, I have no hesitation recommending this demo… though I should also say that it’s not for the faint of heart.

Unpleasant Records has released Demo MMXVI in a cassette tape edition limited to 50 copies, with worldwide shipping; tape orders include a digital download, and the demo is also available as a download release at Bandcamp.