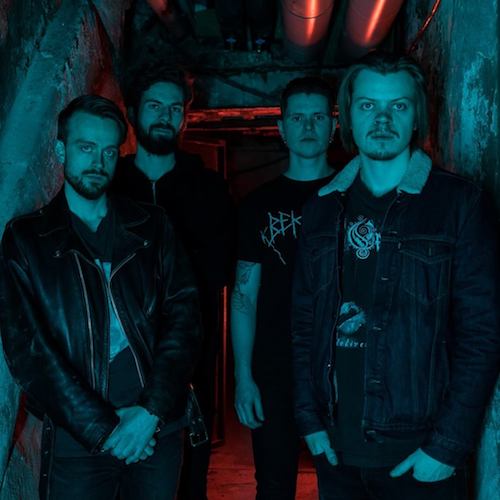 (The members of Dreamarcher hail from the Hardanger district on the west coast of Norway, and their latest EP, Harding, was released on March 9th. Here, Norway-based NCS contributor Karina Noctum talks with the band’s Ruben Aksnes.)

Dreammarcher combines different influences. At times the music can resemble something like Cult of Luna, but for the most part it is progressive, and in a rock fashion; I think of The Mars Volta. The faster parts are a hybrid of hardcore and Black Metal. Clean vocals in an American style that at times remind me of bands from P.O.D to Fear Factory, but are rock-like for the most part.

I’d say Harding, their newly released EP, has a complex array of different vocal styles, a mesh of different genres, and interesting song structures. They have even brought folk into the mix by using the fiddle, which was, I found out, a symbol of rebellion in Hardanger, the Norwegian region the band hails from.

What are the musical influences of Dreamarcher?

Our musical influences differ a lot, but we have a few common threads that unite us, like Odd and Eirik (the guitarists) have both been very much into all kinds of metal, and everybody has a very broad set of influences. We are all educated musicians, but we like to use it as an advantage, and not brag about it too much in our music.

Tell me a bit about the band — how long have you been playing?

The band started with me and Kim wanting to create some heavier music, after having played together for as long as we can remember. We wrote some songs and went to the studio with producer Ashley Stubbert. The result became our first album, which initially launched Dreamarcher as a band. Since then Odd and Eirik came along — two really great musicians and guitar players, and they have added a lot to the sound and songwriting.

Are you working on an album?

Yes, we are working on our second album. Harding represents the sound and direction we are heading in for the album. We are starting the recording in a month or so and it is gonna be so awesome! We can’t wait to show people all the cool shit we have created. 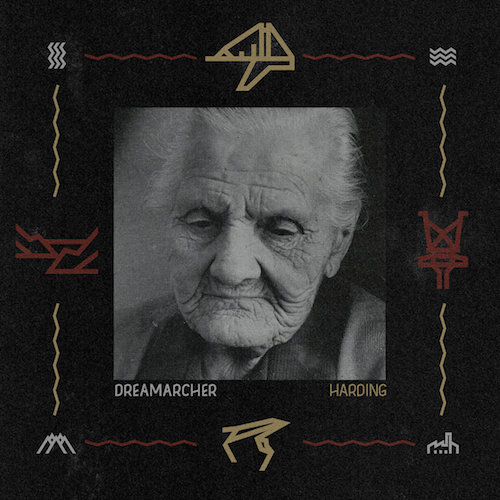 I gather that the lyrical theme of Harding revolves around the history of Hardanger and its people, but how has this been adapted to the lyrics? Are they descriptive, symbolic, is there a general feeling you want to convey?

The concept for Harding was to pay tribute to the place where we come from and also the people there. The lyrics are based upon some stories that local author Jan Gravdal has written down, about people from Hardanger. The song “Dalen” is about an old woman who lived her whole life dreaming of being reunited with her first and only love — this is a symbol of regret and I guess something that most people can relate to.

“Aske” is about a legendary and unbelievably strong man called Tjerand Aske who made some accomplishments during his life that no one has been able to replicate after him. This is a good example of how people in our area had to struggle against nature in order to build our society.

“Omuta” is about two men from Hardanger who got captured during WW2 in China, and what the prisoners in the Omuta camp experienced the day the nukes hit Nagasaki in 1945. A fascinating story. If you are more interested, the full stories can be found on our website www.dreamarcher.no

If you look at the album cover and in our merch, Kim has also designed a number of symbols that represent different parts of the history of Hardanger — we are really happy with both the lyrical and graphic theme.

How does the music add to that description of a weary, hardened, mentally strong “harding”?

I think that the music is kind of just what it is to us. We don’t really reflect that much on how the music should be in relation to the lyrics, but we always try to make something interesting and not always take the songs where you would expect them to go. And this might be a symbol of life, that things don’t always go as planned; things are tough sometimes, but it’s usually worth it in the end.

You are pretty set on the past and the conditions that formed the character of people from Hardanger. The hardships and struggle. So how to apply that concept to modern life? Has society lost it? Do we need it?

I guess that although people back in the day struggled a lot with pure physical tasks, and life was a lot harder in many ways, people today stuggle a lot too. If you take away the hardship in one area, new things will pop up that people have to deal with, like mental illness, depression, and things like that. So I’m not sure what is worse.

But I think that people in general should know more about history and maybe how we should use technology for certain things, but that you should not use it for everything just because you can. Like a text message can’t replace eye-to-eye conversations. I guess what I’m trying to say is that you shouldn’t fix what hasn’t already been broken. I don’t know whether this was an answer to the question or not. Haha.

How should folk elements be brought into modern music?

There is no definite answer to this. But for us it was pretty easy, because we knew that we wanted the Hardanger fiddle because of the beautiful sound, the history, and the geography. And then we heard Benedicte Maurseth, who is a fantastic player. She wanted to join, and is also a very good improviser. Since we also have studied improvisational music, we just wrote a theme and then jammed it out in the studio.

I think also that if you are to take these kinds of elements into modern music, it might be important to write parts with exactly that in mind, and not try to make it fit where it won’t.

How would you relate the rebellious nature of the fiddle to Black Metal?

The fiddle has a pretty cool story, being banned from churches and being destroyed because it was viewed as a sinful instrument that encouraged drinking and fighting. In some way that has also been some of the history of Black Metal. It has been seen as somewhat rebellious and destructive and both of them might have gotten some undeserved negative attention due to some individuals’ stupid actions. 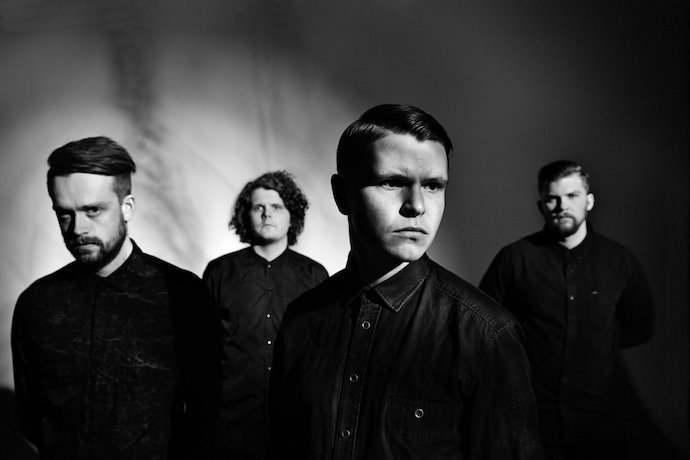 Dreamarcher lyrics deal with national romanticism. In many countries, nationalism can be cause of controversy (take England for example). How does the Norwegian Romantic Nationalism differ? I’ve read articles about why Norwegian Nationalism stands apart as a positive and should be seen as a different kind of nationalism.

I really don’t know too much about English nationalism, but I think that one way the Norwegian Romantic Nationalism could differ, is that it wasn’t ever about politics or something like that. It was very much about art and praising the culture and the diverse landscapes we have in Norway. Also it was about being proud of our culture and standing up for ourselves — since we were suppressed by Denmark and Sweden. So it was very much about culture, art, and liberation, not excluding and “being better” than other nationalities.