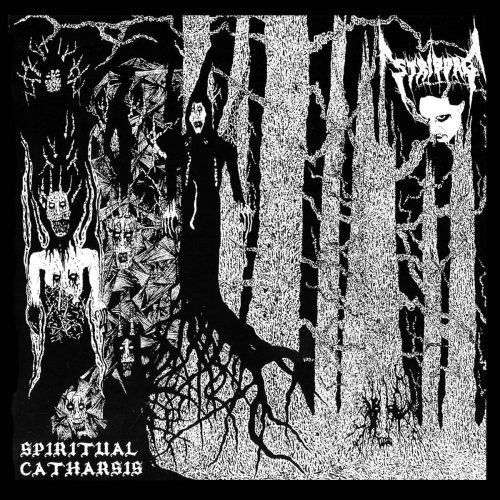 The prolific Tasmanian black metal / ambient project Striborg was founded by its sole creator Sin Nanna in 1993 under the name Kathaaria, with the name Striborg chosen in 1997. Over the course of this long career, Striborg has released two-dozen albums and other shorter releases, but the 2004 full-length Spiritual Catharsis (originally recorded on an analogue 4-track) seems to have acquired a special place in the hearts of Striborg fans. Originally released by Finsternis Productions, it was re-issued in 2007 by Displeased Records, and on April 21st of this year it will be re-issued again by Satanath Records (Russia) and Death Portal Studio (U.S.).

For this new edition, the music was remastered by Digivision Records, and given new artwork by Ismaelta & Phaedra. Today we present the debut of the remastered version of the album’s title track, “Spiritual Catharsis“. 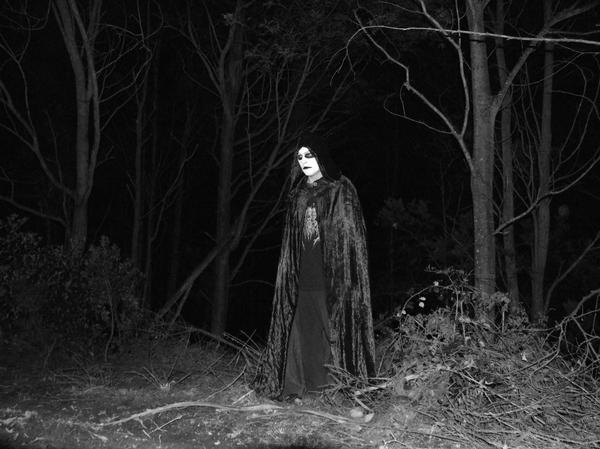 The sound of the song is unusual, to say the least. For the first three minutes it assaults the listener, presenting high-speed drumming that clatters and booms (with percussive eruptions that resemble the sound of air split by lightning strikes), a persistent high, buzzing riff that rises and falls, and Sin Nanna’s relentlessly ear-boiling shrieks.

When the shrieking ceases and the sound changes, so does the mood. The reverberating guitar notes and the hissing, vibrating, warbling ambient tones create an atmosphere of tension and otherworldly horror, which grows more dire and dreadful as the drumming becomes more destabilizing and as deep, groaning tones enter the mix. It has a chilling but hypnotic effect.

But that doesn’t exhaust the changes that occur over the course of the song’s 13+ minutes. A distant riff insinuates itself; spectral tones echo through the hissing mist; the drumming works through changing and unexpected patterns and eventually becomes blindingly fast; there may be the specter of a lost soul screaming in the distance, too, but it’s hard to know. It is a strange kind of unsettling psychedelia, and a strangely electrifying experience as well.

The new edition of Spiritual Catharsis will be released in a jewel-box, vinyl-style CD with a 16-page booklet designed by Aleksey Korolyov, that includes both English lyrics and a Russian translation of them. The track list and pre-order link are below, and we have also included a stream of another track from the remastered album, “Beneath The Fields Of Rapacious Blood“, which is a free download at Bandcamp.

TRACK LIST:
01. Grief And Trepidation
02. Within The Depths Of Darkness And Sorrow
03. Beneath The Fields Of Rapacious Blood
04. Glorification Of Mother Nature
05. Spiritual Catharsis
06. The Haunted Gum Trees
07. Misanthropic Necroforest
08. Dicksonia Antartica
09. The Radiance Of Hate Emanating From Within
10. Black Metal Is The Forest Calling…
11. Eternal Blackness Surrounds The Bushland
Length – 72:35

One Response to “AN NCS PREMIERE: STRIBORG — “SPIRITUAL CATHARSIS” (REMASTERED)”