(Andy Synn returns with another installment in his Saturday series about lyrics in metal, and today we have a fascinating and eloquent discussion by J. F. Fiar, the vocalist and bassist for the Spanish band Foscor, who has penned the lyrics for their songs, in Catalan and English, for the last four years.)

Foscor’s latest album, the stunning Les Irreals Visions, was a beautifully bleak, moody and multifaceted delight, and was so good I declared it one of the Critical Top Ten albums of 2017 and at one point described it as:

“…an album that is simultaneously easy to pick up, and nearly impossible to put down…”

Hopefully, like me, you’ve found it just as difficult to stop listening to and, if so, you might be interested in hearing from the band’s long time vocalist J. F. Fiar about his life, his lyrics, and everything he’s learned along the way! 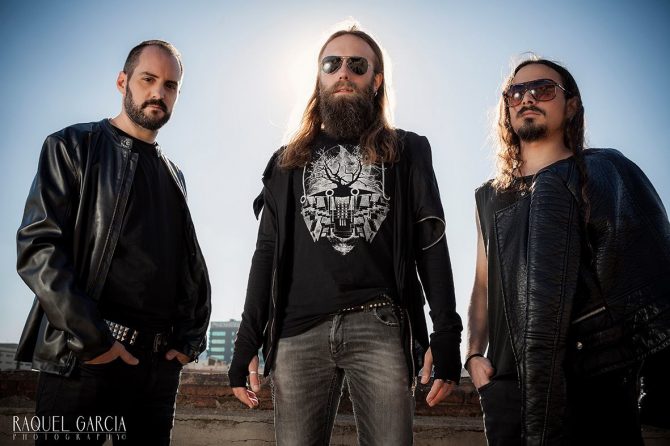 Well, first off… thanks for inviting me to take part in this noble and well-deserved goal of noting how important lyrics are. I have been playing in bands for a bit more than twenty years, but I should say that during the first ten I didn’t know if I could take care of the lyrical parts. I was just the bassist or the keyboard player. There was always a singer taking care of these duties and it was only later that I found out how complex and enriching this process is.

For me it has to do with what the visuals show, and what the music expresses… the more you are able to connect them with the lyrics, merch, or live performance, the more rich and attractive your band is. It’s not only about content, as could seem from my words, but also the deep coherence and general approach to the lyrics as the best tool to explain what your art is about.

It was in 2002 when I wrote my very first lyric, for a guest appearance with the band Cryfemal. I remember being in the university and sharing that first lyric, in Spanish, with my Art History professor, a renowned writer here. It was an ambitious and pompous one… and a crappy one… but it was useful for breaking my own wall on how to face a blank sheet.

Later, Lux Divina’s singer did almost all the lyrics and vocals for the first Foscor album. But, after parting ways with this still good friend, there was one song left which needed some lyrics and vocals, so I ended up digging deep into all the references collected during these university years, and finally everything led me to choose a poem from a Catalan poet from the XIX century… and although this wasn’t my own creation, the realisation that I would be the band’s singer from then on served to set the emotional and conceptual frame for the band we all know now.

From then, I have been writing lyrics in both Catalan and English for the last four Foscor albums, and lately, again in Spanish, for the first album of a Crust band called Cabestro where I also sing.

Although I ended my Architecture career in 2005, I built a universe of references from my studies, thanks to such subjects as the History of Philosophy or Aesthetics, which were crucial for learning about the interactions between Art, Philosophy, and Humanism. I think it gave me the right tools and resources for at least 3 of the 4 albums I have written for Foscor.

Like most people, I collect ideas and notes from everywhere, getting inspiration from visiting an exposition, or reading an article. But I must admit that during the last five or so years, and because of my wife’s PhD investigation process, she has been the bigger source of these evocative moments, and an inspiring spark for many lyrics and themes in Foscor.

Also, lately, and specifically related to the creation of Les Irreals Visions, I found in the Catalan Modernist and Decadentist movement (Art Nouveau, Jugendstil, etc…) the perfect landscape for what started out as a vague development on humanistic topics, and eventually realized that what once seemed vague to me (because of the multiple, and not always connected, sources) was already part of an artistic and cultural attitude developed at the end of XIX Century.

This renewal process from Literature, Architecture, or Arts & Crafts, of a sick society, is happening again now. My circle was now closed… and this made me open a new cycle on lyrical terms, which definitely set the tone for Less Irreals Visions and for at least the next two albums.

Another key point to me, is the fact of being directly related and created from the place and culture I have grown in, which I think is so interesting and important. Last, but not least, the fact of finally deciding to express my emotions entirely in my own tongue, Catalan, after mixing both English and Catalan during the first albums. 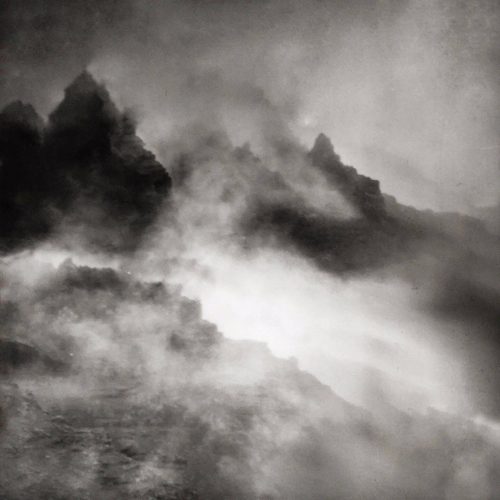 I remember the poetry of Jon Nödtveidt as one of the most powerful and beautiful and most definitive in influencing my early development, as well as, why not to admit it, the lines and music from Burzum’s Filosofem, which touched me deeply at that time.

Considering that I always link the process of writing lyrics to a previous composition of a vocal line, the latest experiences writing with no musical input meant an important change.

I know it sounds so weird making a text depend on some vocal beats or sounds previously composed… but sometimes these frames limited me too much in choosing words and giving the expected and particular poetic touch and rhythm to a text. Still everything I write is for song purposes, so although I’m writing in a more free way lately, I still like my first approach to be about musically talking to the song and setting some musical guidelines which the words should fill later.

Thanks to my band mates some years ago, who invited me to adapt some texts to the music, we all realised that it was easier to find a richer rhythmical sequence and variety on the vocal lines for the songs once matching text with music because of the indistinct position of syllables. So, I would say this is the main change in the writing process. 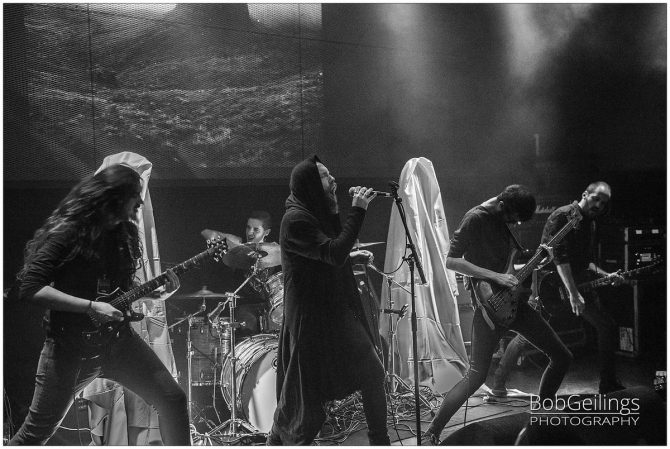 I would choose “I Tornà de les Cendres” (which translate as “And Came Back from the Ashes”) from our second album The Smile of the Sad Ones, the first album I entirely wrote lyrics for.

…And comes back from the ashes

in a time of swell

strong, through the narrow rope, the bird will take off

There’s a nice anecdote on this lyric, which comes from the fact of being chosen by a real poet, Lluís Calvo, as part of an article for a poetry magazine linking heavy music and poetry. It was something that helped give me a lot of confidence in what I was doing. I remember he took me to an intimate presentation of this magazine issue in a small pub in Barcelona, in front of poets, writers, and people from the city Cultural circles, in order to explain how in heavy music there could be not only an Architect doing “growls”… but nice texts which never would arrive to them because of the “underground” and scary world of Metal.

The last paragraph of this lyric was spoken by my grandfather, and put into the song a few months before he passed away. It means a lot to me for this reason, and deals with one of the constant topics I love to work with, developing a vital attitude on living the path, the moment, the daily life, instead of being conditioned by the tons of social and moral limitations set by society. It links the iconographic role of the Phoenix with human behaviour, and also the culture of my beloved country, which has been crushed on countless occasions but seems always to be able to stand up again.

As I said before, I think the topic of how individuals must face the daily threats and weaknesses, is the most recurrent one in my lyrics, informed by a reading or a feeling of overcoming a situation from the Catalan point of view.

Let’s leave aside the reasons or scope of that… Foscor is meant to be an expression of an emotive reality. I never wanted or will use that for other proposes than trying to share my own vision of the world, using the tools and sources surrounding me, in order to reflect upon reality from the emotional and cultural side.

Although in my first lyrics there was a strong influence of icons or symbols as a way of speaking about thoughts and emotions, the topics in some way haven’t changed that much. Perhaps there’s now a more poetic approach because reading other authors has allowed me to create richer compositions of words and rhythm.

Once again I chose a song dealing with what comes after a decadent period… after realism comes idealism… and that’s what “De Marges I Matinades” (“Of Margins and Dawns”) is about.

Certainly, I write of margins and dawns

Permanent, evidence of escape with wings

It is not time, of doubts wailing words

Thoughts, spoils of a past that exhaled

It speaks of how, although being put into an extreme situation, stressing your own limits as life does… society and morals do… someone should expect a new dawn and keep walking. Learning, once you see the margin of your path, that narrow rope I was mentioning in the previous question, is the only way to overcome our own weaknesses and the human decadence: our own and globally.

It’s weird how our music, always described as melancholic, hides what to me is such vital speech. Where’s the link between both things? When you realise how sick everything around you is, your unique island is your loneliness and your art, which gives you the chance of building timeless and artificial realities for fighting what must be changed but can only be done in your own world, a world of sensibility where no moral or social threats should interfere.

Look at the title of the second album, The Smile of The Sad Ones. It came from a linking of ideas while having a walk in the city of Granada, across the “Sad Ones Avenue”. The point is how the image of the acrobat walking a single rope, as used by Rilke, comprises a whole world and a summary on this Life’s attitude, facing Death at every moment… no matter what tomorrow brings. 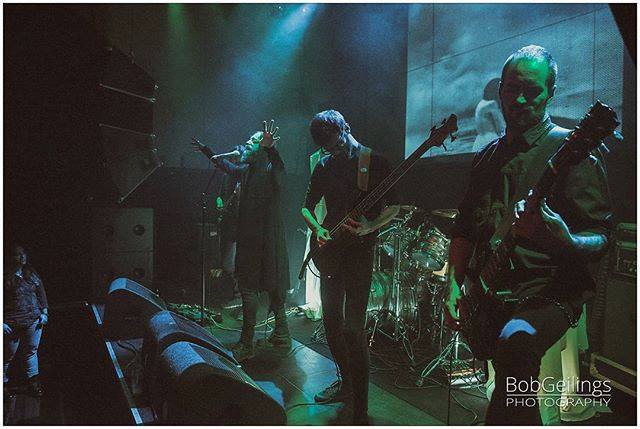 As said before, I already have set the lyrical frame for the next two Foscor albums, which will continue digging in the landscapes opened at Les Irreals Visions, matching a cultural moment from a century back with attitudes today, where common things must acquire a new meaning, visual things take on a new, secret appearance, and the dignity of the unknown.

Once again, thanks for giving me the opportunity to share my thoughts and experiences with you guys. Congratulations for the job you do promoting music with NCS…which I’m honoured to be part of.