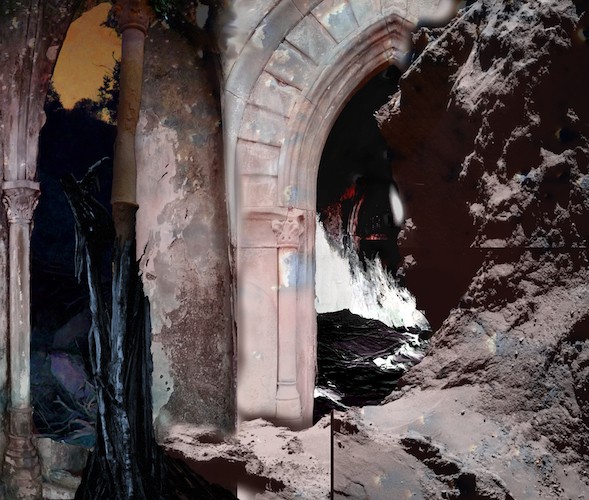 We’re taught by daily disappointments and betrayals, by recurring defeats and the loss of people we hold dear, to see the world through jaundiced eyes. Life rides us with a heavy whip-hand, and hard lessons can lead to hardened hearts. When you listen to the music of Wild Hunt, it’s evident that they’re no strangers to the stings of life’s chaotic lashings. And so perhaps it’s all the more remarkable that their music also powerfully up-ends our defeatist worldview by injecting a sense of wonder and a feeling of irrepressible resilience.

Just about every writer at this site, at one time or another, has found reason to praise what this Bay Area band have accomplished, even if we (and others) can’t completely agree on what kind of genre labels to slap on the sounds. The word “progressive” always (understandably) seems to find a way into the stitched-together, multi-hyphenated descriptors, with black metal, doom, or post-metal sometimes in the jumble as well. But whatever Frankenstein-ian label might be most accurate, it’s probably best to just skip past that puzzle and allow the music to have its way with you.

Wild Hunt’s latest work is an album named Afterdream Of The Reveller. It will be released on April 20 by Vendetta Records. And what we have for you today is the album’s truly wondrous closing track, “Palingenesia“. 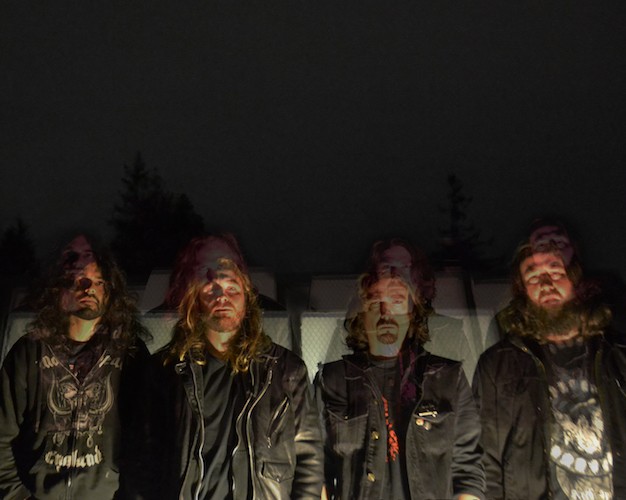 I can’t help but offer my own reactions to the experience of this song, but I think it’s important to first share a comment about it from Wild Hunt’s drummer/vocalist Harley Burkhart:

“‘Palingenesia’ is the oldest song on the album and in fact, a good portion of the song was written before our last EP. It was one of the more challenging pieces to assemble, and I suppose it doesn’t surprise me that it took 3+ years to complete. Even before the album’s inception, we knew ‘Palingenesia’ would be its last track. Additionally, it felt fitting to outro the song — and ultimately the album — with one of the last guitar recordings by our late bandmate Drew Cook, to whom this record is dedicated.”

Attempting to chart the musical course of the song would be a fool’s errand, because it’s quite intricate, and it also floods the senses so powerfully that trying to separate one aspect from another is even more difficult. At a very high level, there’s a feeling of deep, grinding turmoil in this flood of sound, a kind of mauling energy revealed through plundering drumwork, vaulting bass lines, rapidly veering riffs, and raw, howling vocal extremity, with lightning-fast spears of flickering leads piercing through the torrent. It’s the feeling of savage freedom, true to the band’s name.

The rushing pace does slow, albeit briefly, and there the music becomes somber, desolate, and pained, the vocals becoming tortured, the rhythms throwing you off-balance. But when the surge resumes, there’s perhaps even more powerful exuberance on display than before. The low-end instruments become thunderously heavy but no less acrobatic, the spiraling and darting leads grow even more fiery, the vocals erupt in wild yells — yet there’s also a sweeping, panoramic quality to the music, and the soulful solo that caps the song’s climax is simply beautiful.

At the end, when this electrifying storm finally subsides, a wash of mystical ambient sounds make us imagine that, through sheer extravagant exuberance, the band have parted the veil that leads to some other and more sublime plane of existence.

Well, I guess it’s pretty obvious that I’ve been carried away by this song. I’m hoping you will be, too. If you like what you hear, you can pre-order CDs, tapes, and a pair of new shirt designs via the links below. And if you’d like to check out the album’s title track, you’ll find it through those same Bandcamp links.