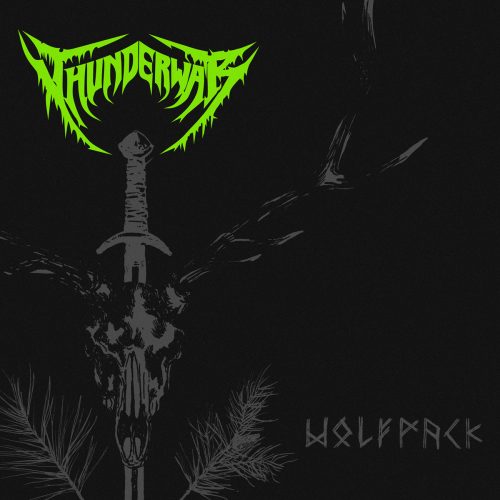 The new Thunderwar release, following up on that impressive debut, is an EP named Wolfpack that’s also hugely impressive. It consists of five original tracks and a cover of Darkthrone’s “The Winds They Called the Dungeon Shaker”. 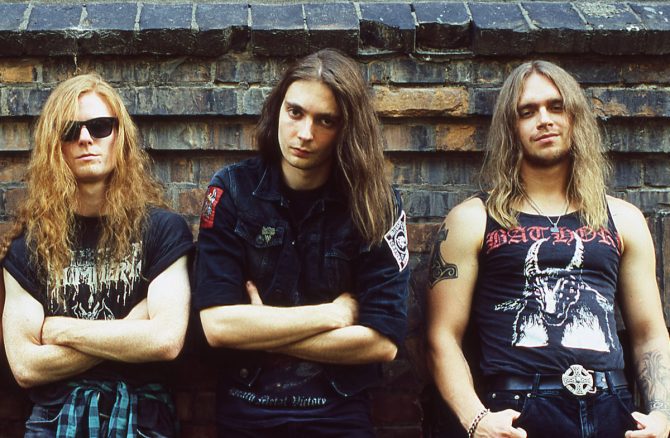 Here, Thunderwar continue to whip up a highly infectious stew of cross-genre ingredients, providing meaty doses of thundering groove, fiery riffs with a vicious edge, and scalding vocal savagery (along with a few heroic clean vocals). They thrash like demons and romp like punks, they occasionally dip into brooding and haunting moods, they rip open one scintillating lead and solo after another, and they pay homage to certain elements of “classic” arena-loving, anthemic heavy metal. They again display a precocious gift for song-writing by dynamically moving among these different strains of heavy and extreme metal with aplomb, and putting megawatt electric energy into the performances.

What TheMadIsraeli wrote about the debut album holds true here — there’s powerful heft in the music as well as blood-thirsty barbarism. If “melodic death metal” is the right term for this (and I do have my doubts, because it seems too confining a descriptor for these sounds), it’s a particularly visceral, explosive, and epic brand of that. That Darkthrone cover is also a huge success; Thunderwar definitely put their own spin on it, dramatically magnifying the song’s heaviness and ferocity without completely abandoning its punk roots.

These dudes really are terrifically good, and I have to believe that what they’re doing will be massively appealing to a huge swath of metal lovers if only given more exposure. So, spread the word!

Wolkpack will be released by Lifeforce Records on May 25. You can pre-order it at Bandcamp, and you can check out the title track below. 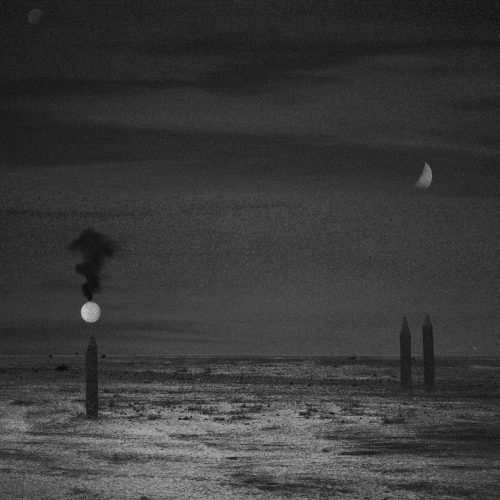 I’ve discovered that there are two Void Eater’s out in the world. One is a self-described Beatdown/Hardcore/Slam band from Atlanta. The subject of this post ain’t that one.

This Void Eater is the one-man project of RKV from Norway (a member of Obliteration and Black Magic), whose second “EP” — II — was released through Bandcamp on March 16th. And perhaps it shouldn’t  be called an EP, even though Metal-Archives labels it as such, since it includes seven tracks and totals almost 38 minutes of music; I assume the presence of interludes (mentioned below) accounts for the EP label.

As on many previous occasions, I owe a big thank-you for my discovery of this release to Rennie of starkweather, who described the music as follows:

I’ll add that “warped” is a word which occurred to me, too. There’s a twisted, sinister, mind-melting quality to the leads that surface within these raging storms of blasting percussion and murky, gale-force riffing. And the storming quality of these tracks shouldn’t be mentioned only in passing; they’re near-cyclonic in their impact (and so one should perhaps be thankful that the album includes some eerie and ominous ambient interludes (tracks 2, 4, and 6) as well as one (track 5) that’s a wretched dirge until all hell breaks loose near the end). Yes also, the vocals are indeed thoroughly crazed.

Put all these ingredients together, and you have a thoroughly riveting experience — inventive, explosive, hallucinatory, and even frightening.

Duplicate Records will provide CD and vinyl editions of the album; as noted, it’s available now as a download via Bandcamp.