As you can see, I’m going to attempt a two-part Shades of Black this week, because there are so many recent discoveries I want to recommend (not including the new Ghost song and video, which I actually do enjoy, but there’s a limit on how far I’m willing to stretch the musical boundaries of this column).

The second part of this thing’s not finished yet, and the rest of my Sunday is looking kind of crowded with non-blog activities, so I can’t promise Part 2 will go up today. I also can’t promise I’ll be alive tomorrow, but hope springs eternal.

If you follow this column regularly, you’ll have already heard the first single (“Whispers”) from Unsettling Whispers, the debut album by the Portuguese band Gaerea. You’ll also have realized that the band’s music tends to bring out the poet in me, or at least I pretend to be one in an effort to capture sensations I have a tough time satisfactorily describing in more prosaic terms. And I’m afraid it’s about to happen again, because a second single from the album has now appeared. 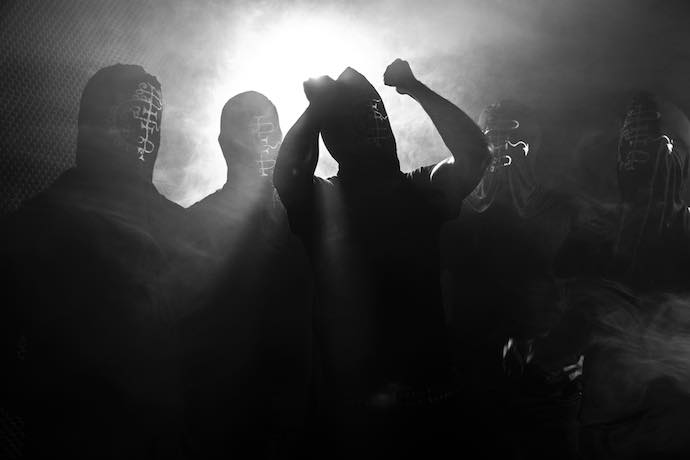 The song’s power derives from multiple interlocking elements, and the heavy low-end weight of the sound is certainly one key ingredient, the bone-vibrating bass and the deep resonance of the kick drum combining to create a visceral impact. Against that potent undercurrent, the dissonant ringing of the guitar creates an immediate contrast, as does the wrenching, sky-high passion of the throat-ripping vocals. As the song moves, the intensity jumps up the scale when the double-bass thunder shakes the ground and the riffing begins to writhe and warp. The song somehow becomes both more gloomy and more frenzied.

What I think will really give this track long staying power, however, is the rippling lead-guitar melody which in its tone seems to fall in the middle of the range between the contrasting extremes. In all its variations it hits home, like an arrow to the heart. It’s a bleak and desolate current of sound, to be sure, but there is a wistful and yearning quality that I also hear, and so it seems to convey the painful feeling of grasping desperately for something (or someone) that’s out of reach, because what you reach for is what you once had, but have now irretrievably lost.

This next song is also by a Portuguese band, but it’s dramatically different.

Perhaps more than some of you, my own listening tastes are quite varied, even within the realms of black metal (not to mention many other realms). This next song is here because it appeals to the primitive part of my brain that finds pleasure in being shaken, steamrolled, and freaked out in especially ugly ways. In other words, the ancient animal part of the brain that says, “Your intellect be damned, it will always be my slave!”

The song is “In the Abyss of this Darkness in which the Spirit has Died to Itself“. It will appear on a seven-track, 7” EP named Taciturn, which is a curious title because, as I’ve already strongly hinted, the music is anything but taciturn. It may also seem curious that there are seven tracks on a 7″ vinyl, but that’s because Wømb don’t fuck around: five of the tracks are under two minutes each, and the remaining two aren’t much longer.

The massive churning and heaving sound of the distorted chords, coupled with the hammering drive of the drums, give this song a primitive and primal potency. The fierce, unhinged vocals and the unearthly wailing of the leads light fire to old fears and ecstatic desires. It’s a great combination, and I really wish it had gone on for many more minutes.

Taciturn will be released by Purodium Rekords on June 6. 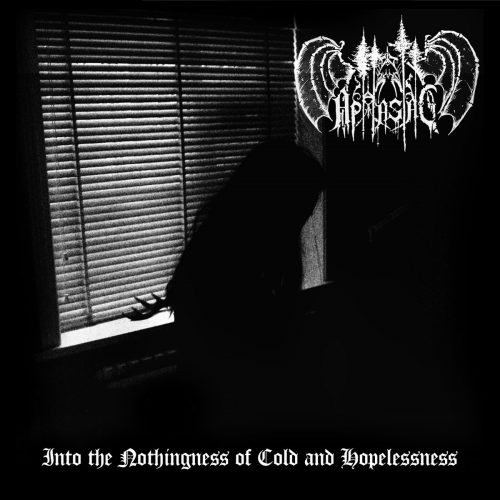 The title to Aphasiac’s new album — Into the Nothingness of Cold and Hopelessness — doesn’t leave much guesswork about the style of the music: It’s a form of depressive black metal. But it’s a particularly enthralling form of it.

I learned of this release only through a Bandcamp alert from Pest Productions, because I’ve bought from them before. Having found almost literally no other information about Aphasiac in my googling, I assume this is the band’s debut album. I say “almost literally” because I did see the parenthetical “(CN)” next to the band’s name at the Pest web store, and therefore deduce that the band (or person) is from the People’s Republic of China, where Pest is also based. Beyond that, I got nuthin’ but the music.

“All Feeling Was Dying Out…” is the only song from the album we can hear now. Its slow and steady drum rhythm and prominent bass pulse, the looping of its gloomy lead riff, the gripping poignancy of its opening melody — all of that combines in a way that quickly mesmerizes, even with the shattering abrasiveness of the vocals in the frame. As the beat and the riff change to another repeating sequence, the song keeps its hold… and the soul-wounding ache of the solo guitar, when given the spotlight, is a tragic and beautiful experience. Simplicity and repetition work very well here; the song keeps calling me back to it.

Into the Nothingness of Cold and Hopelessness will be released by Pest Productions on May 15th. 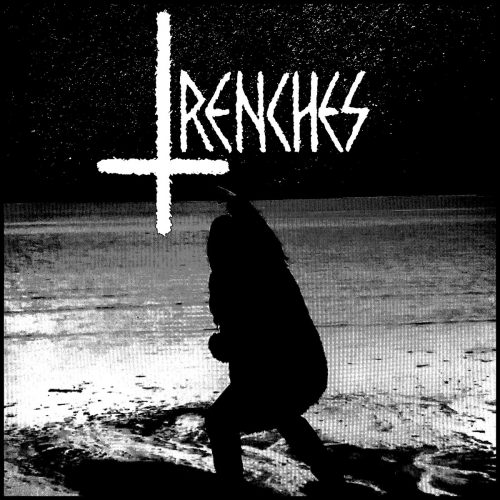 The quartet known as Trenches are from Victoria, Australia. Their self-titled debut album was released on March 31 by Blind Idiot Recordings, and it’s available as a “name your price” download at Bandcamp.

Trenches describe their music, with emphasis, as “FILTH-DRENCHED, SATAN-INFUSED, PESTILENCE-RIDDEN METAL FROM MELBOURNE, AUSTRALIA”. Somewhat more descriptively, they refer to it as “Heavy Metal with Black Metal influence, very much in the spirit of Darkthrone, Bathory and Motorhead.”

There is indeed an evil aura surrounding the music — feelings of looming threat, murderous lust, demonic deviancy. The songs also batter and bruise… and they rock out really damned hard. The simple chord progressions and febrile leads are irresistible; the changing drum rhythms are very friendly to the reptile part of your brain; the harsh, throaty snarls, ugly roars, rancid shrieks, and goblin cackling are all vibrantly nasty.

While the songs are mainly the kind that make you think you’re on an alcoholic binge in Satan’s favorite roadhouse, Trenches do throw some surprises into the mix. “Cursed Necro Threnody”, for example, turns out to be an occult, hallucinatory instrumental, which serves as prelude to the recital of a brilliantly blasphemous poem, which I feel compelled to leave here:

Atop the hill of pined tree, the necromancers’ melody.
How foul the tune of grimness be,
That cursed necro-threnody…
The wolves all howl, at the pallid face,
Of the grim n’ mighty moon.
Through the fog of a northern wood,
Creeps a sickly tune.
The villagers all run and hide, in their hovels and their mounds.
The beasts begin to screech and fight, at the wretched unholy sounds.
The necromancers play their dirge,
On their fiddles and their drums.
One among them plays a lute,
Threaded with Christian tongues.
Atop the skulls of Christian kings,
They trod and stomp and dance.
The severed heads of infants,
Skewered upon a lance.
The virgin mother is split apart,
Necro-fucked to death.
Curse thy fathers wretched name, in thy last pathetic breath!”
The tune, it builds into a frenzy.
Whipping up the northern wind.
An unholy necro-hurricane .
Of sinful sinnings sinned!
“Lo and behold, the works of god are dashed upon the rocks”
The pagan, satanic necro-cunts pull out their northern cocks!
No hail Mary, no blessed be,
In the necromancers’ cacophony.