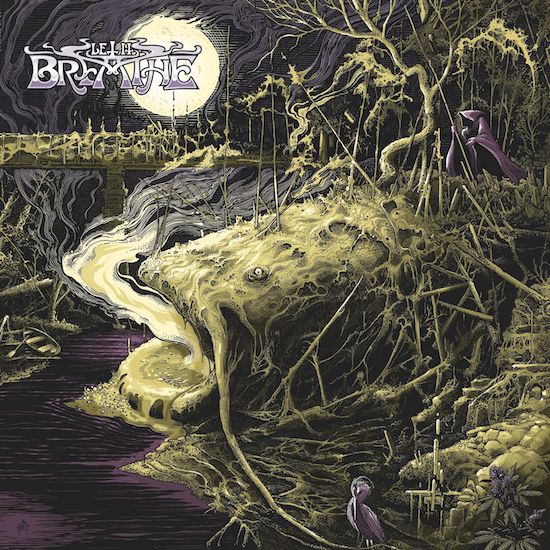 We’re about to make a couple of exceptions to our usual rules around here. As the site’s title proclaims, we usually steer clear of vocals that aren’t ugly and abrasive. And it’s a rarity when we pay attention to stoner and psychedelic rock. But it’s 4/20 today, and besides that, this song by Let It Breathe that we’re about to premiere through a video is so… damned… good!

These three dudes — guitarist/vocalist Randy, bassist Rob, and drummer Jason — make their home in Mankato, Minnesota, a town located along a large bend of the Minnesota River at its confluence with the Blue Earth River. Through those waters swim massed schools of bullhead catfish. Some people fish for them, some use them for bait. They’re an ancient oddity, spiny and be-whiskered, with a taste for dead and rotting sustenance, nearly blind but with a keen sense of smell and taste buds packed throughout the skin of its body. They live in the darkness; they’ll probably outlive our own species.

So yeah, they’re weird creatures, but they’re also very much a part of the culture where Let It Breathe make their home, and maybe both aspects played a role in the band’s choice of the bullhead for the cover of their self-titled debut album and for the name of the song we’re premiering: “Bucket of Bullheads“. 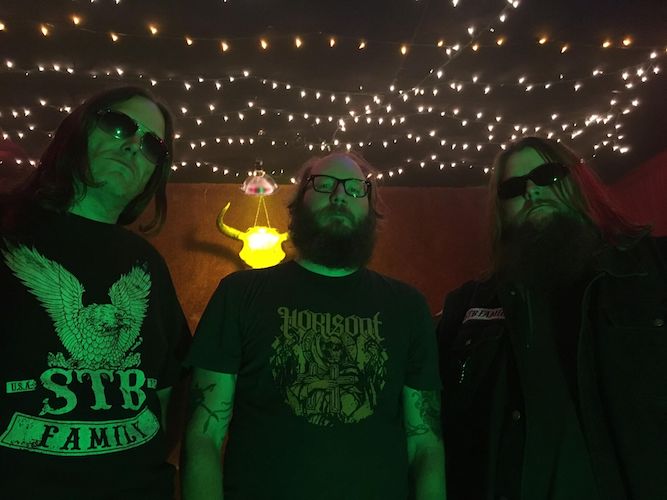 The band told us a little bit about themselves, about this song, and about the video:

“We got together in 2013 – everything just fell into place. Randy was a former bass player, switching over to guitar and singing. Rob just happened to be relearning how to play bass after not touching one for 15 years. Jason, who had been drumming in one punk band or another, was down to try his hand at playing the slower-tempo stonery stuff that Randy and Rob were wanting to do. Once we got together, the riffs sealed the deal and we have been a band ever since.

“‘Bucket of Bullheads’ was the first jam Rob wrote right after picking up the bass again. Randy added his guitar and some lyrics about the muddy Minnesota river (which runs through our home town of Mankato) and a song came out of it.

“The video was filmed on an old camcorder in our practice space by Ryan Felgen and edited by Travis Mattick.”

Let It Breathe definitely have a DIY mentality, and they’ve got a real gift for this kind of primally attractive music, too.

The warbling, warping, distorted tones at the outset of “Bucket of Bullheads” are a good indicator that there’s some brain-twisting in store, and indeed there is. Anchored by thick, craggy bass notes and body-hooking drumwork, the song spins out fuzzy riffs that have an edge of squalling delirium about them, coupled with a swirling, soaring solo. And the high, wailing vocals are both soulful and bewitching. The song turns out to be as heavy as a fully-laden hearse and as woozy as a concussed brain, and by the end, it has also become something like an anthem.

I should warn you that the song also gets stuck firmly in the head, like a barb in the gills. 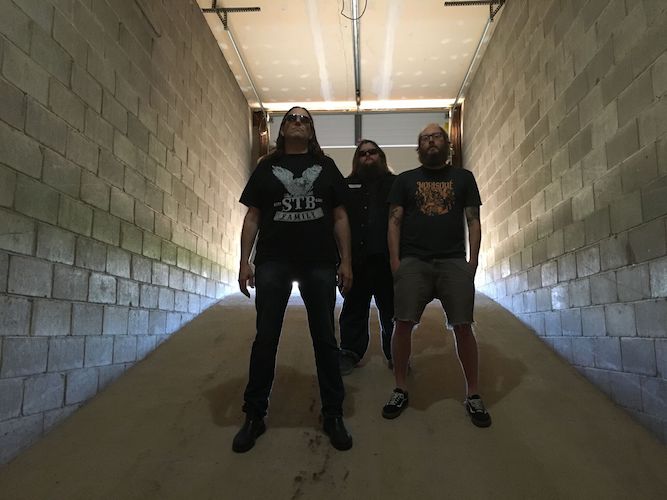 Let It Breathe will be released by STB Records on April 27th. The vinyl editions look gorgeous… and they also look like they’re already sold out. However, digital pre-orders are still available via the link below. The great cover art was done by Brandon Holt.

Two more tracks are stream-able now at Bandcamp — “Greater Than I” and “Mauler” — and we’ve made it easy for you to check those out after you dive into this bucket of bullheads.