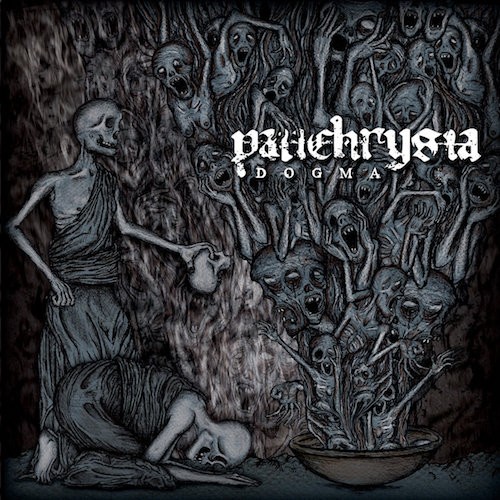 The cover of Panchrysia’s new album is bereft of hope and joy, a scene of death and tortured spirits immolated by arcane energies. It prove to be a foreshadowing of the sensations spawned by the song we’re presenting today from this Belgian black metal band’s fifth album in a near-twenty-year career.

Dogma is the name of this new full-length, scheduled for release on April 30 by Satanath Records, and the song we bring you is “Never To see the Light Again“. 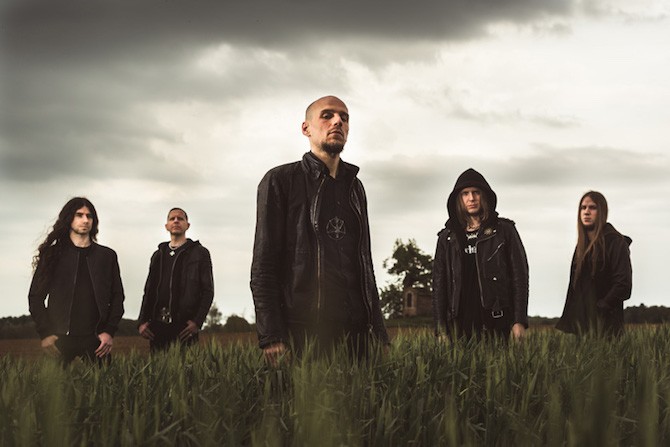 A sour mood of oppressiveness and putrefaction oozes from the gloomy, rough-edged riff and moaning lead in the song’s opening, and the mood doesn’t brighten even when the song suddenly erupts in an attack of blazing drum-fire, rapidly scything guitar, and raw, throat-rupturing vocal tirades, no matter how hard your head might start moving.

The dismal melody not only returns, but the melodic leads evolve in a way that deepens the song’s piercing mood of hopelessness, enhancing the music’s surge of intensity toward a plateau of soul-shredding despair — never to see the light again.

This is one of many sides that Panchrysia reveal to the listener. Another side, one that’s equally dramatic but both more rampantly ferocious in its black/thrashing frenzies and more horrifyingly grand, can be experienced in the previously released album track, “Kairos“, which we’re also including below.