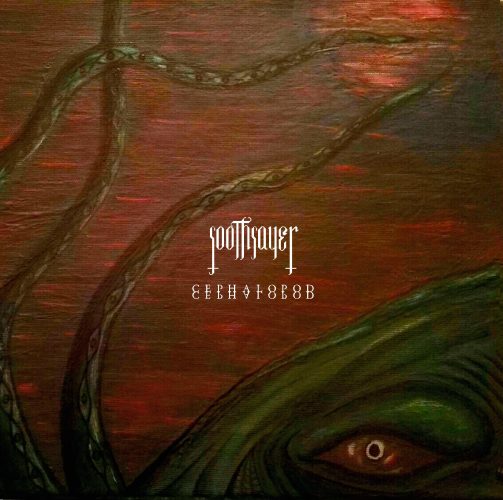 The Irish band Soothsayer hit my own radar screen about 18 months ago when we were asked to premiere what turned out to be a phenomenal track from their then-forthcoming second release, At This Great Depth. That song, “Umpire“, was a 16-minute, atmospheric monolith of doom/sludge that managed to be massive and earthy, and also intangible, fleeting, and ghostly — both spine-shaking and hallucinatory.

Now it’s our pleasure to present a new Soothsayer song that will soon be released on a split. Its name is “Cephalopod“, and it provides both further confirmation of this band’s prodigious talents and further reason to get excited about their next release, an album that the band are nearly finished writing and will eventually be presented through Transcending Obscurity Records (hopefully before the end of this year).

Apart from my own thoughts about the song, I’d like to share some information about it from the band, by way of introduction:

“Within 2 weeks, it shall be available on a 7” split vinyl with another band from Cork called Partolón. This is the first release to feature Pavol Rosa on bass and Sean “Junior” Breen on drums. With the new rhythm section, the musicianship of the band has stepped up enormously and writing for the album is close to completion. The album shall be recorded during the summer. The songs are really good! Songwriting has stepped up and even includes some catchy hooks!

“We recorded this song ourselves and it was mastered by Magnus Lindeberg of Cult Of Luna. It also features guest vocals from Ian O’Callaghan from the band Horse.”

A somber, wistful mood flows from the strummed melody and haunting vocals in this new song’s stately opening moments, but the mood turns more beleaguered and harrowing as the vocals transform into tormented shrieks and bottom-dwelling roars, and as the guitar lead grows more fevered and forlorn. The sludgy rumble of the bass and the thick crack of the snare get your head going, while the rest of the band continue casting uncomfortable hallucinatory spells. The tension builds, the drumming becomes more clobbering, and you get the sense the music is building toward some potentially catastrophic denouement.

When the climax arrives, the vocals become incinerating in their expressions of pain, and the music does indeed become a calamitous force, one that leaves a feeling of wrenching desolation in its wake as the song staggers into a final collapse.

For more info about the release of this split, and about the band’s progress on the next record, keep an eye on these spaces.