I was also kind of excited about the prospect of a new Amorphis album when I first learned of it. That band has been the source of many joyous moments for yours truly in the past, and they put on a hell of an exciting show the only time I’ve seen them live (at Maryland Deathfest). Of course they and I have evolved to the point where their music isn’t as “extreme” as most of what I listen to these days, but when they’re on their game, even in these later days they still produce a thrill. 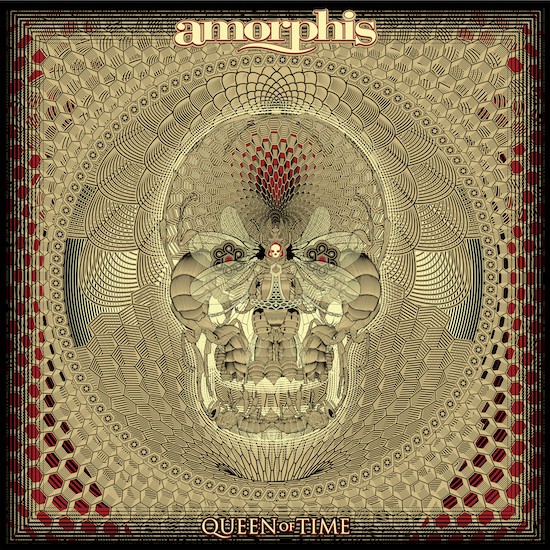 I’ll be a bit of an ass and say that I’ve heard the album, and that I’m not going to provide any general impressions of it here… because either I or one of my NCS comrades will likely present a review in due course. I’ll say only that I found the latest song publicly revealed from the album (and its accompanying video, which features lyricist Pekka Kainulainen) to be… thrilling.

I mean, I know what they’re doing to me… they know it too… they’re playing us like harps… but damn, this song “Wrong Direction” is glorious. And I could feel it before it happened that Tomi Joutsen would push the climactic crescendo into a higher plane by finally breaking out a massive roar, which was so satisfying.

The cover artwork for Queen of Time, which I also quite like, was created by French artist Jean “Valnoir” Simoulin from Metastazis. The album will be released on May 18th. 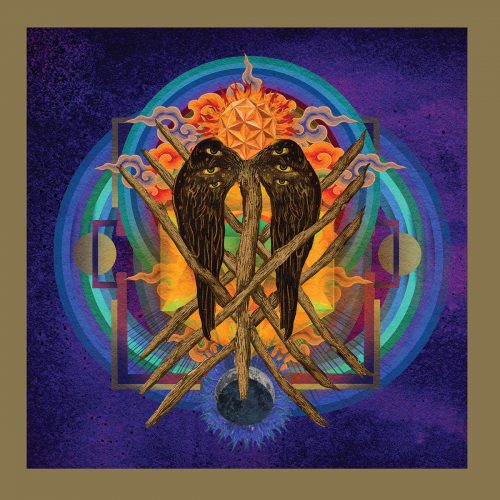 If you don’t know the story of Mike Scheidt’s horrible and life-threatening illness in 2017, and the torturous nature of his recovery, it is recounted in painful detail in this new interview at Rolling Stone. I knew some of this, but not all of the harrowing details, when Scheidt returned to the stage with Yob for the first time after those horrors, at Northwest Terror Fest in Seattle last year.

One of my jobs during the festival was to satisfy the wants of bands in their green rooms before performing. I’ll never forget my brief encounters with Scheidt, who was incredibly gentle and kind, or listening to him from a hallway doing vocal exercises in private, which froze me in my tracks in wonder. He seemed frail and fragile back-stage, still recovering from his illness — but when he took the stage, he transformed in a way I couldn’t have imagined.

I had been a fan of Yob before those experiences. I became a life-long fan after them. It’s hard not to reflect on what Scheidt went through when one listens to the new song that accompanied that Rolling Stone interview, but it’s a tremendously powerful track wholly apart from the events that inspired it. “The Screen” comes from Yob’s new album, Our Raw Heart, which will be released by Relapse on June 8th. 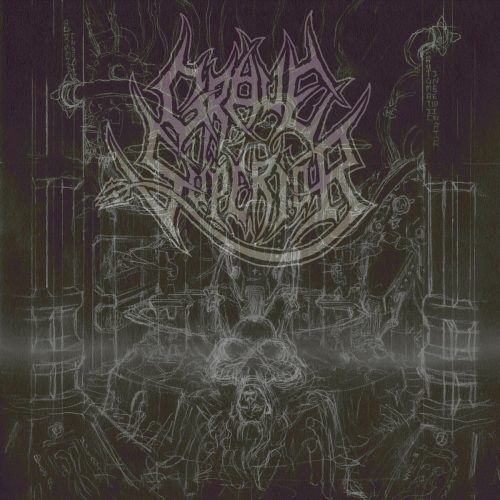 Having started this collection with two bands who have large global followings, I decided to do what we usually do around here, and devote attention to more obscure names, the first of which is a new Icelandic band, Grave Superior.

Iceland is best-known these days as a hot-bed of black metal, with more talented musical ravagers than anyone could have expected from a nation populated by only 350,000 people in total. But Grave Superior prove (in addition to other evidence) that Iceland’s extreme-metal talent isn’t limited to black metal.

Not long ago the band released the first single from a forthcoming debut album (as yet untitled), the name of which is “Open Casket, Open Mouth“. The drums were recorded by Stephen Lockheart at Studio Emissary, and the mixing and mastering was done by Dan Swanö at Unisound.

As the band themselves tell us, the music is a blending “of precious metals, such as ‘Old-school Death’, ’90’s Thrash’ and ‘Modern Prog'”. It’s a high-speed ripper for sure, with vicious vocals backed by an adrenaline-fueling (and very catchy) instrumental attack that’s equally vicious, but also laced with streamers of spectral, melancholy melody that give it an added allure.

(Thanks to NCS supporter HGD for making me aware of this single.) 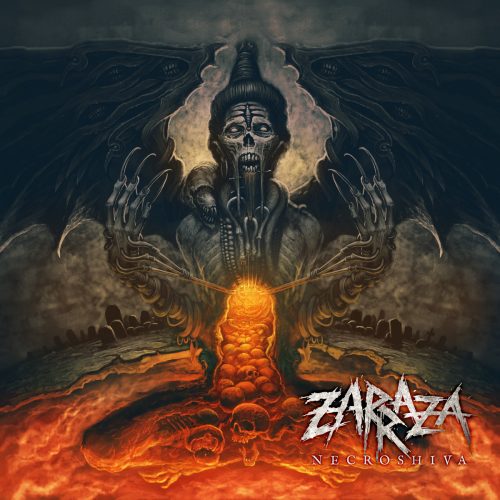 When I saw that Zarraza are based in Kazakhstan, I couldn’t resist checking out this next song — I do have a weakness for underdogs, and given that Kazakhstan is not exactly the best-positioned launching pad for metal bands, Zarraza seem to qualify as such. Their touring, for example, has taken them to Uzbekistan and Kyrgyzstan rather than Berlin, Paris, Rome, or London, much less North America. But of course, a band’s location has no inherent connection to the strength or weakness of their music, and in this case it’s pretty damned strong.

“Abyss Above Me” (presented through a lyric video) is the opening track from the band’s new album, Necroshiva. If your ass is dragging due to lack of sleep, boredom, or a gloomy outlook on the future, this track will kick it into high gear.

It’s blazing fast, with loads of fleet-fingered fret-work, blistering percussion, and hair-raising vocal barbarism, while also making room for slower movements in which the band spin out beguiling melody and an extended, eye-popping solo that would make a packed arena of fans lift their clawed hands to the heavens. 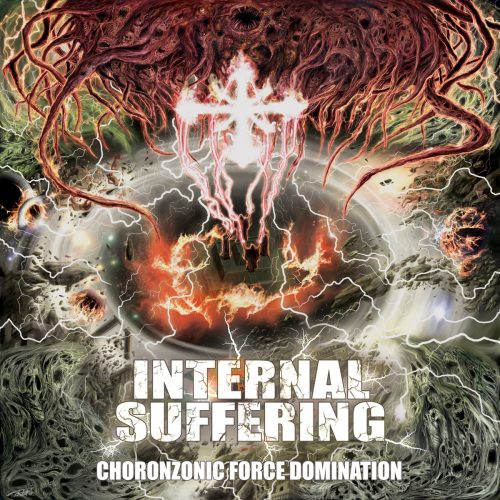 This Colombian technical/brutal death metal band, now based in Spain, have been slaughtering eardrums for quite a long time. The band’s inception dates back to 1996, and since then they have released five albums, the most recent of which was 2016’s Cyclonic Void of Power. Their third full-length, Choronzonic Force Domination, was recorded with Hate Eternal’s Erik Rutan and was first released by Displeased Records in 2004. However, on April 25th (today!) it’s being reissued by Satanath Records and Rotten Roll Rex.

The reissue features remastered versions of the original songs plus four bonus tracks, and some other goodies. “Dispersion & Darkness (In The Outermost Abyss It Dwells)” is the one song from the reissue album that you can (and should) check out now, and I’ve included it below.

However, that’s not the only Internal Suffering reissue that was launched today. The same two labels are also releasing a remastered version of the band’s 2002 album, Chaotic Matrix. This reissue also includes four bonus tracks. And the song you can check out below from the reissue is “Cosmic Ancient Mountain (Upcoming Chaos I – The Tree Of Knowledge)“.

As they say in the metal journalism trade, this shit kicks ass.

AND IF YOU STILL HAVE TIME…

And now here are a few more streams of new music that I don’t have time to introduce as I would have preferred, but still think are worth hearing, preceded by links where you can find more info about the releases and how to obtain them.