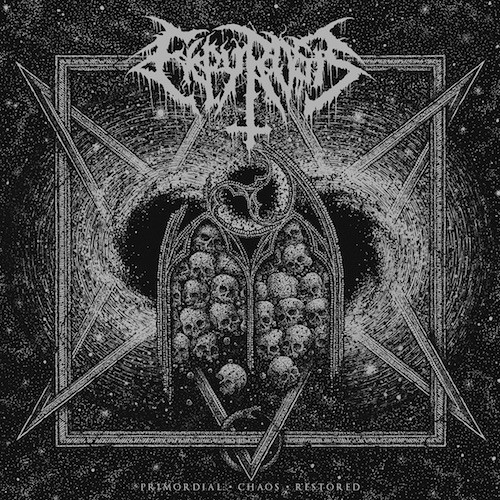 Many bands have followed the trail of blood and death blazed by such heralded bands as Incantation and Immolation in the early-to-mid ’90s, and there is no sign that the path is about to run into a wall or lead over a cliff’s edge. But of course it must be said that some bands who think they’re hot on that trail have in fact wandered off into a dull and featureless place, the music a lifeless pantomime of the real thing.

On the other hand, the Italian band Ekpyrosis haven’t lost their way. More precisely, they’re in the vanguard of the movement’s newer adherents. They proved they belong with their excellent debut album Asphyxiating Devotion last year, a record that was tremendously satisfying in its own right but also a promise of perhaps greater things ahead. On their new EP, Primordial Chaos Restored, Ekpyrosis have moved from strength to strength, and it’s our great pleasure to bring you a full stream of it today in advance of its May 7 release by Terror From Hell Records. 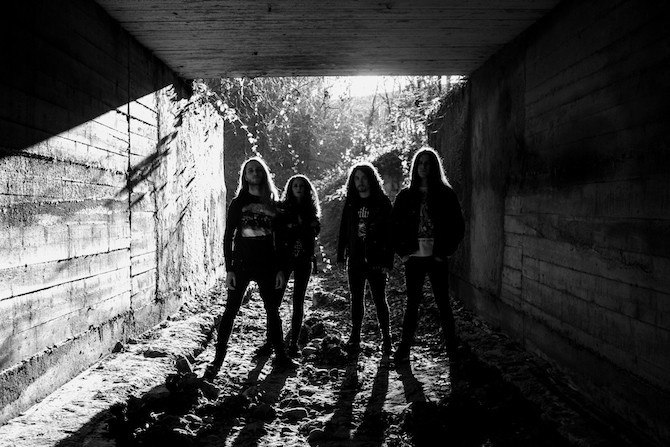 The EP consists of three new original tracks, an interlude that provides an uneasy reprieve, and — fittingly — a cover of Incantation’s “Devoured Death”.

Chaos is indeed a recurring sensation within the three new songs. They explode in stunningly powerful (and fearsomely savage) storms of merciless, tremolo-d riffing and thunderous drumming, made all the more terrifying by the vocalist’s monstrously imperious and cavernously deep growls, which transform at moments of peak intensity into horrifying howls of rage or agony.

The impact of these rabid assaults is electrifying, and immense, thanks to a powerful production of the sound. But that’s not all that happens in these songs. They’re well-written to provide a gripping dynamism — and you get a gripping taste of what the band are capable of doing in their less slaughtering moments at the very start of the opening track, “Abyssal Convergence”, which begins with a strikingly dismal and desolate prelude, one dripping with tears and aching with the pain of hopelessness. Similarly, “Instigation of Entropy” is ponderous and moaning, bleak and oppressive, at first — only later becoming destructively unhinged — while the massive, skull-fracturing stomp that lies within “Conception From Nothingness” provides a contrast to the battering savagery and pestilential poisonousness of the song’s early minutes. 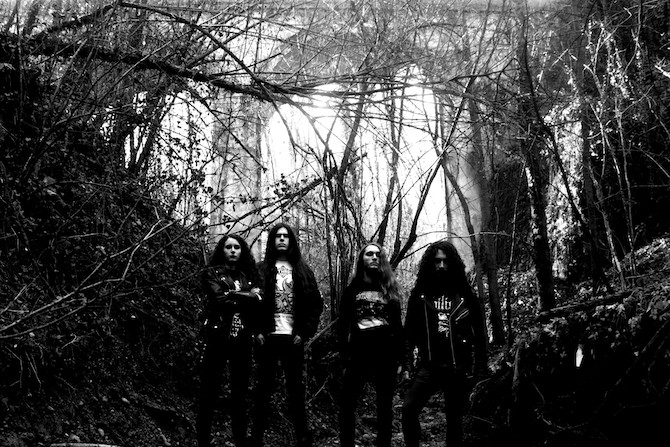 The band provide further nuances in addition to those named above, including riveting guitar leads that spike themselves into the listener’s head along with all the lethal riffs, and an atmosphere of solemn but sadistic grandeur comes through in certain passages as well.

Those first three tracks succeed in setting fire to the nerve endings, and so it’s not out of place to encounter the interlude track — a multilayered digression made of acoustic guitar and swirling ambient sounds that prove to be both haunting and as threatening as a gathering storm. But the blaze in the nerves roars again in the Incantation cover — which is powerfully sinister and punishing, and irresistibly provokes the good old headbang reflex. It’s a fine way to end an EP devoted to darkness and merciless chaos.

To pre-order, check the links below… and then enjoy Primordial Chaos Restored.