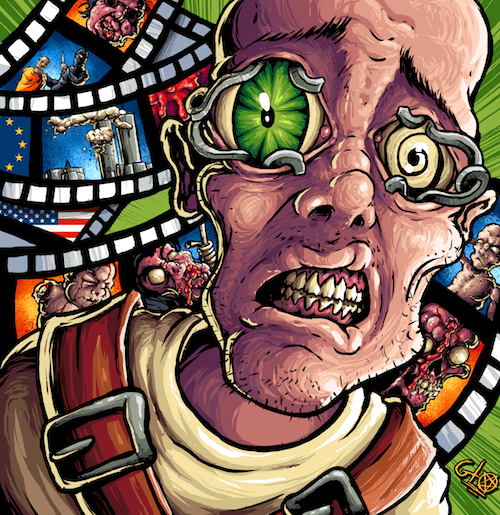 New Jersey’s Eye of Destroyer describe themselves as “horror movie obsessed party slam-aholics”, the kind of people willing “to get wasted with anyone, anytime, anywhere”. Without questioning the accuracy of that reputation, they also seem to have a taste for inflicting enough blunt-force trauma to keep an army of orthopedic surgeons fully stocked with patients.

They’re a busy group of barbarians, too. In addition to rampant gigging, they’ve churned out five releases since 2014, including an album and four EPs, the most recent of which was 2017’s Starved and Hanging. And now they have another EP headed our way, this one named Violent By Design. It’s our sadistic pleasure to bring you a stream of the title track today; be sure to have an orthopedist on speed-dial before you listen. 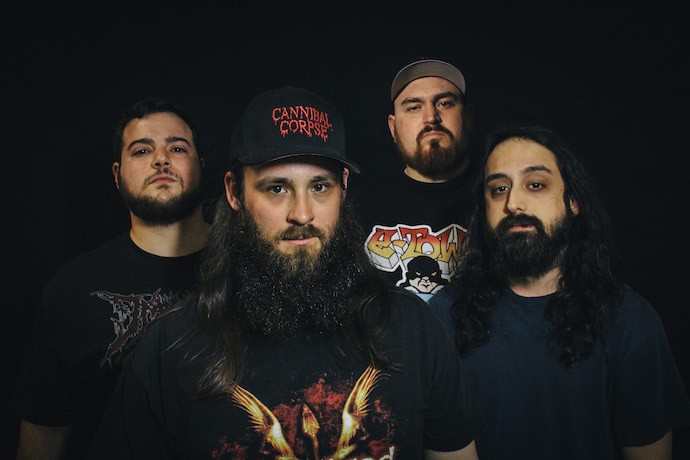 Make no mistake, this song is indeed violent by design. Music this bludgeoning and battering doesn’t happen by accident. It’s audio murder with premeditation and malice afore-thought.

It’s also a highly contagious piece of music. Those massive, jackhammering, bone-fragmenting, sinew-snapping grooves, accented by bursts of screaming guitar torture, and made even more vicious by a vocalist who seems to be a rabid, roaring horror, turns out to be damned infectious. No doubt, it will be a pit-triggering blast when performed live, too.

Speaking of live performances, it looks like Eye of Destroyer have got a slate of dates lined up along the east coast from May through August, which you can check out here.

Look for Violent By Design on June 8th. For further release details, keep an eye on the spaces linked below.

One Response to “AN NCS PREMIERE: EYE OF THE DESTROYER — “VIOLENT BY DESIGN””