Through this project, the Housemans have drawn inspiration from the mythology and mysticism of ancient Egypt and Mesopotamia, interweaving exotic melodies into a framework of blackened death metal. The new Akhenaten album, Golden Serpent God, revisits these ancient deities and occult mysteries over the course of 11 tracks, and the one we bring you today in advance of the album’s May 31 release by the triumvirate of Satanath Records (Russia), Cimmerian Shade Recordings (USA), and Murdher Records (Italy) is named for the Mesopotamian goddess Erishkigal, queen of the underworld Irkalla and sister to Inanna, the goddess of heaven, whom she destroys (at least temporarily). 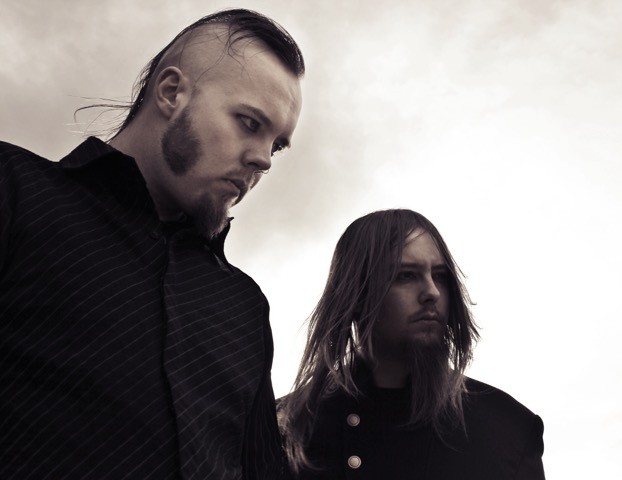 The music of “Erishkigal: Kingdom of Death“, presented here through a lyric video, captures the terrible power and malefic intent of the goddess for which it’s named. The song is a full-throttle rush, bursting with sinister, frenzied energy. Jerred Houseman’s storming percussion, darting riffs, and soaring keyboards, coupled with Wyatt Houseman’s powerful predatory roars and blood-freezing howls, create a hybrid atmosphere of occult grandeur and implacable savagery — and it’s a serious head-mover of a song as well.

Below you’ll find not only this new lyrics video but also streams of two other previously disclosed tracks, “Apophis: The Serpent of Rebirth” and “Pazuzu: Harbinger Of Darkness“, which is a free download at Bandcamp. The album is available for pre-order, digitally and in a jewel-box CD edition with a 12-page booklet.