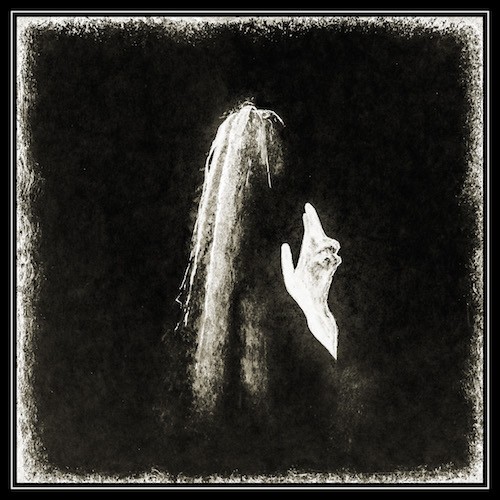 (Wil Cifer wrote the following review of the new three-track EP by the Finnish black metal band Curse Upon A Prayer, which will be released by Saturnal Records on June 21.)

Saturnal Records is releasing an EP from this Finnish band who couldn’t give less of a fuck about the polite society of metal. On The Three Woes they lash out at Islam. People have complained for the last decade that Christianity is too easy a target. So they are taking aim at another religion. Strip this theme away and it boils back down to one question… What are these guys doing different that we’ve not heard other black metal bands do a hundred times?

The first song (“Let Thy Kingdom Come”) doesn’t give a clear-cut answer. It seems to be their level of hateful aggression. The standard tools of the black metal trade are all in place. Thundering double-bass, blast beats, and tremolo-picked guitar do their part to make this black metal as fuck. Hints of melody haunt the sometimes thrash-influenced guitar riffs. The passion with which they throw themselves into their music compensates for any time when they might not be the most original band on the planet. 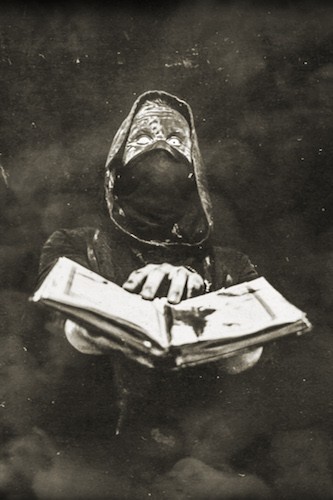 “Thou Shalt Be Cursed” opens with a little more atmosphere but races off. The vocals are at a mid-range snarl before lower, more death metal, vocals join in. The melodic touches at the two-minute mark help give the dynamics needed to keep things from becoming one blur.

The croak of the vocals move into a marginally more sung tone for a few words on “Woe! Woe! Woe!”. A fine coat of icy ambience lies over the rapid thrashing. This makes for a darker sound as the vocals continue to modulate through a range of croaks and snarls.

The only difference the whole attack-on-Islam theme brings is that the lyrics just don’t resonate with me. Ninety percent of the black metal I listen to is Satanic, and the rest is depressing. Hatred and darkness are two crucial components of black metal. What are are the other options? Loving black metal? No thanks. I don’t care if darkness and hatred are turned inward or outward. It just has to be there. The fact it is here on this album means that despite my general lack of empathy with most people, I can at least connect with the feeling in the music even if I can’t relate to the lyrical content.

I would like to hear what these guys can do in the context of a new full-length (they’ve released two previous ones that I haven’t heard). What they do here is razor-sharp and in a similar sonic zip code as Marduk and 1349. I think the next full-length would at least give them the opportunity to explore a wider scale of dynamics. If they choose not to do that and just give us more of the same, I might be less than thrilled. So I remain hopeful for their future, despite the fact that the style of black metal they play is not wildly original, and that most of the credit goes to the fact that they put every ounce of their hateful hearts into this.

Metal is like funk — you can’t fake it. After learning as a teenager that Slayer were faking their march down the left-hand path, I have since grown more sensitive to this, so if you don’t mean what you scream I’ll know it and turn your album off as fast as if it were Stryper. These guys are not just putting on corpse-paint and playing around, so If you are looking for mean-spirited black metal pulled off with a great deal of precision this is worth your time. 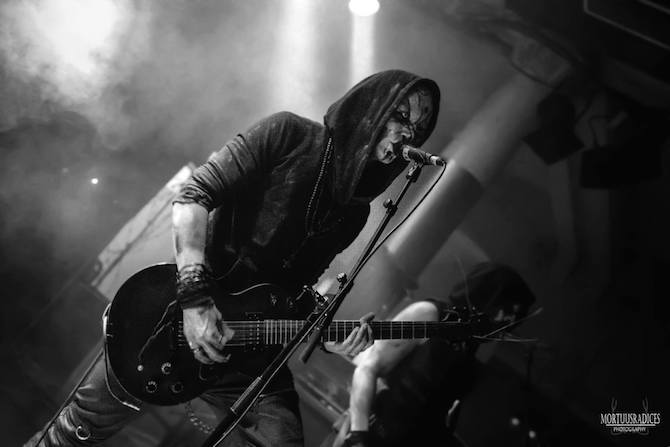 3 Responses to “SHORT BUT SWEET: CURSE UPON A PRAYER — “THE THREE WOES””