On their new album Alif the Algerian band Lelahell continue a conceptual narrative arc concerning the evolution of a character named Abderrahmane that has carried through their debut EP Al Intihar (2012) and their first album, Al Insane​.​.​. The (Re​)​Birth of Abderrahmane. The new album focuses on a variety of philosophical and spiritual subjects through the lense of ferocious, technically impressive death metal, accented by influences from the band’s homeland.

Alif will be released on June 15th by Metal Age Productions, and today it’s our pleasure to present a video for the album’s opening track, “Paramnesia“. 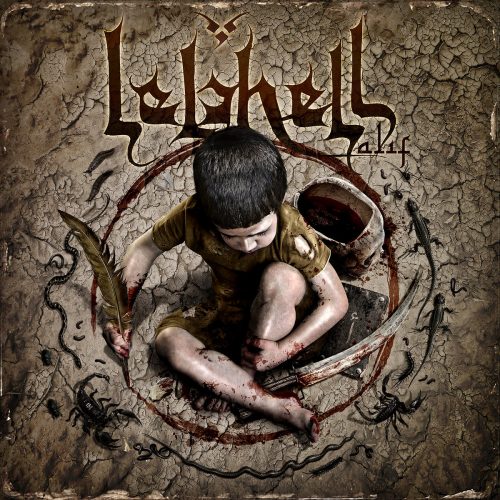 The music on Alif includes performances by the famed Hannes Grossmann (Alkaloid, ex-Necrophagist, ex-Obscura, Blotted Science, Hate Eternal) on drums, and he makes his presence felt immediately on “Paramnesia”, but every member of the band is firing on all cylinders, making this song an absolutely explosive way to launch the album.

“Paramnesia” is a high-speed attack launched immediately by electrifying drum and bass battering, and by hammering, jabbing, slaughtering chords and screaming leads. Bursts of jet-fast guitar buzzing amplify the feeling of vicious, rage-fueled chaos that surges through the music, which is further augmented by vocals that trade off between monstrous, tyrannical roars, infuriated snarls, blistering shrieks, and poisonous wretching sounds.

Those bursts of furious buzzing lunacy persist (and get stuck in the head), but are overlaid by eerie, reptilian leads and by a solo that eventually erupts in an incendiary spectacle. 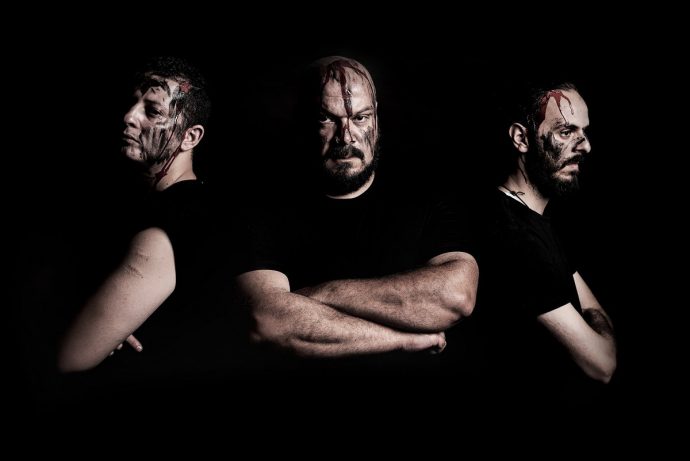 From “Paramnesia” forward, the speed, savagery, and brain-twisting technical fireworks are almost unrelenting straight through the album’s remaining nine tracks. The songs are packed with venomous riffs that jolt, writhe, and spiral like whirlwinds of flame, and with chameleon-like vocal terrors. The music assaults the listener with brute-force, start-stop jackhammering, storms of cyclonic chaos, and full-bore fusillades that sound like high-caliber weaponry going off with militaristic precision and lethality.

The album is also dappled with interesting and unexpected twists and turns and wisps of exotic melody, which have the effect of segmenting the otherwise relentless, hurricane-strength rush of the music. And an ominous, pitch-black atmosphere seems to cloak everything despite the band’s rampaging pace and instrumental and vocal ferocity.

Another highlight of an album overflowing with them are the guitar solos, which come in both sinuous and boiling shapes. Perhaps the highlight of all those performances arrives in the album’s horrifying closing track, “Impunity of the Mutants”, an almost entirely instrumental piece (although the vocals which are present are intensely disturbing) that’s one of the few places where the pace slows briefly. The song locks into stunningly brutal grooves as a foundation for a serving of leads and soloing that’s truly pestilential and demented — and (here’s that word again) electrifying.

Of course, to no one’s surprise, we can tell you that Hannes Grossmann turns in performances across the album that are nothing short of jaw-dropping.

If you’re a fan of barbaric but multifaceted technical death metal, you can’t go wrong with any one of these ten tracks. Monotony never sets in; there’s no filler at all; the entire album is a huge blood-rush from beginning to end.

Alif was recorded at Fermata Studio in Algiers, and it was mixed and mastered at the Hertz Recording Studio in Bialystock, Poland, by Sławek and Wojtek Wieslawski (Behemoth, Vader, Decapitated, Hate). It’s available for pre-order now.

And in addition to presenting “Paramnesia” through the video made by Guilherme Henriques, we’ve included below a video for a previously released song named “Ignis Fatuus”, which immediately follows “Paramnesia” in Alif’s running order.