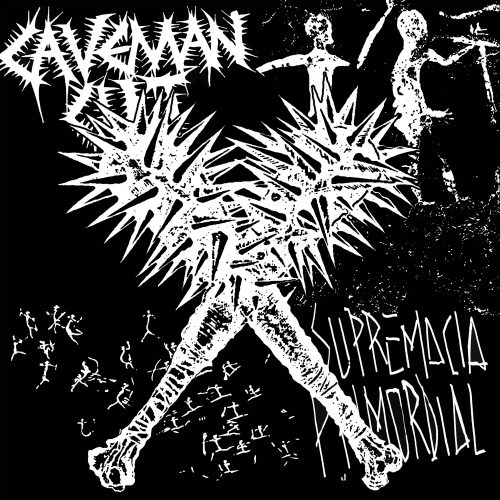 Yesterday, while recovering from a metal festival over lunch with six haggard friends, we somehow got off onto summing up each other’s personalities. Looking at a few of them I observed, “Some people wake up angry.” One friend chimed in, “Some people wake up anxious.” Another said, “Some people wake up irritated — at being awake.” No one mentioned waking up with blood on their hands and fire in their eyes; that’s how I imagine that the Floridians in Caveman Cult usually greet the day.

I guess if you’re one of those delusional souls who wake up smiling at the wonderfulness of life, or happen to be suffering from a cataclysmic hangover, Caveman Cult’s new EP won’t be the right way to get your game face on. But if you want music that will fuel your rage, vaporize your anxiety, squash your irritation, and put the look of a wolf in your eyes, Supremacía Primordial is a damned fine choice. 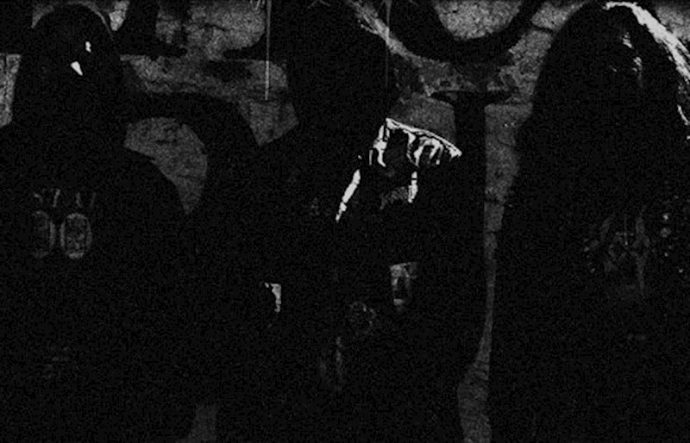 “Unprecedented levels of primordial cruelty”… “unhinged primitivism executed with deadly precision”… expressions of “humanity’s most basic and fundamental desires for rage, conquest, and supremacy”… those are all phrases that embellish PR materials for this new EP. Having been exposed to the band’s previous releases, which include a pair of demos and one album (2016’s Savage War Is Destiny), I wasn’t skeptical. Still, it’s nice to have confirmation that mercy remains a foreign concept to this band.

The confirmation comes in four tracks on this new release. True to the album’s name, the music elevates primordial savagery to a zenith, discharging a torrent of mad, howling and shrieking vocal fury, roiling abrasive riffs, screaming leads, and enraged percussive battering. It uncorks your adrenaline stores and sends the hormones flooding through the bloodstream.

As eruptions of black/death violence go, this is over the top, but the berserker mayhem delivered by Caveman Cult is far better than most. There are actual riffs in the music, actual rhythms that compel head movement, well-timed breaks in the rampant slaughtering to allow for especially brutish bouts of skull-stomping. I’ll add that this is a brand of war metal that ought to appeal to fans of grindcore — and to anyone else who needs a bonfire lit under their ass to face the day.

Supremacía Primordial features a cover created by Warhead Art. It will be released on 10″ vinyl by Larval Productions on June 6th (grooves on one side, primordial etchings on the other). For further info about the release, check the links below.