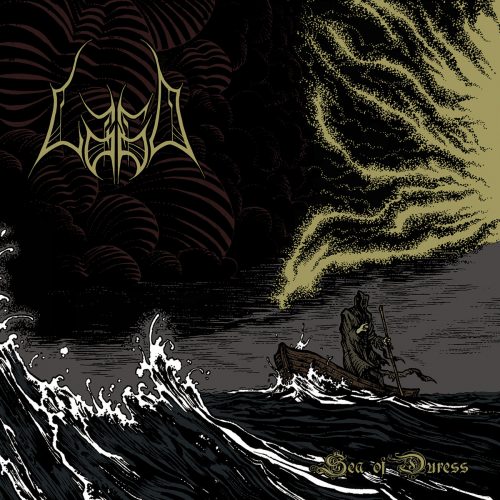 Of course in music, as in science, there will always be sudden, paradigm-altering breakthroughs when inspiration suddenly strikes, and something truly “original” is created, but, for the most part, we need to acknowledge that all of us, from the least to the greatest, are standing on the shoulders of giants. 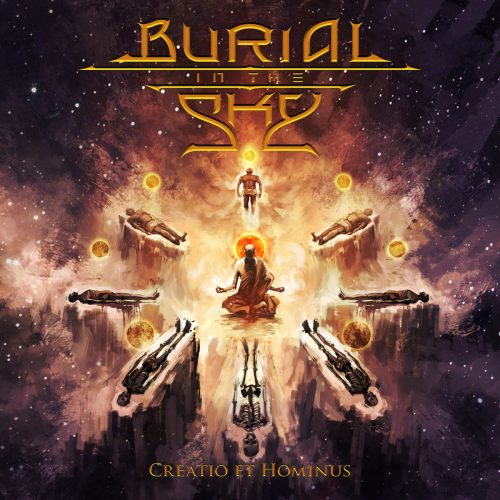 One of the potential problems with this, though, is that – despite standing on their shoulders – it can sometimes be difficult to truly escape from their shadow.

And this is something that I found myself ruminating on quite a bit recently, particularly with regards to two brand new albums, Sea of Duress by Lago and Creatio et Hominus by Burial In The Sky, which I’ve been listening to quite a bit over the last couple of months.

But while both albums very clearly wear their primary influences out and proud upon their sleeves, the former does a much better job of establishing itself as a distinctive entity, while the latter never quite succeeds in separating itself from the shadow of the bands which inform its sound.

To be sure, no-one is going to be accusing Lago of breaking the mould or reinventing the wheel with their brutally morbid style of groaning, riff-heavy Death Metal, as the splattered DNA of Incantation, Immolation, and Autopsy can be found smeared over practically every one of the eight tracks which make up Sea of Duress (which is scheduled for release this coming Friday).

But, somehow, the final product never seems stale or worn-out. And, truth be told, I’m not exactly sure why.

It could be something as simple as the fact that the band’s primary inspirations are all long-running, well-established bands with a distinctive sound of their own, so that even minor alterations add a welcome breath of fresh air to their fetid formula.

Or perhaps it’s simply that the standard for what’s considered “original” and what’s considered “derivative” is that little bit lower when it comes to this strain of “pure” Death Metal -– and I’m sure there are many who would argue that artistic innovation in this area should always take a back-seat to aggression and intensity, both of which the Arizona quartet deliver by the bucketload.

By contrast however Creatio et Hominus is arguably the more ambitious album, but also less effective overall, and frequently presents itself more like the scrawny (but scrappy) kid brother of Rivers of Nihil (with some Fallujah thrown in for good measure) than it does an album with a distinctive voice or vision of its own.

It doesn’t help, of course, that the way the record is structured makes it difficult to get a handle on the band’s identity at first, with the first “full” song on the album (“Tesla”) featuring vocals by the band’s old frontman Jimmy Murphy, while the next four are handled by their new vocalist Jorel Hart, after which the album concludes with the entirely vocal-less instrumental title-track.

More importantly, however, the blending of urgent riffing and surging saxophone throughout the record can’t help but remind the listener of Where Owls Know My Name (the band themselves take great pains to point out that their bassist/saxophonist Zach Strouse provided all the sax playing on that album), and the appearance of RoN guitarist Brody Uttley on the title-track only further hammers home the glaring similarities between the two acts.

Which is something of a shame really, as Burial in the Sky have always been a band with a lot of untapped promise and potential (I was a big fan of 2016’s Persistence of Thought myself), and Creatio et Hominus does feature some pretty cool riffing and pleasingly proggy melodic fretwork at various points throughout its thirty-six minute run-time.

Perhaps the main issue, when trying to compare how (and why) Sea of Duress succeeds where Creatio et Hominus seems to struggle, is that the sound promulgated by the latter is simply so new and so modern that it only serves to emphasise how BitS are still one or two steps behind the real frontrunners of the scene, and (not entirely through any fault of their own) therefore come across more as followers than the leaders which they so clearly would like to be.

I suppose I should try and wrap things up with some sort of insightful conclusion… but I’m not entirely sure it’s possible to make any definitive statement about what it means to stand on the shoulders of giants vs what it’s like to simply dwell within their shadow.

Suffice it to say that the separation between the two is likely not as clear or as clean-cut as any of us would like to think, and that the difference obviously depends on the confluence of a lot of different factors, including both luck and timing.

Either way though, you should probably check out both albums for yourselves at the earliest opportunity, as although neither is a truly “original” piece of work, I’m sure each of them will find their fair share of fans (and detractors) amongst our regular (and some of our more irregular) readers.

2 Responses to “ON THE SHOULDERS OF GIANTS”