I forecast a slow-down at NCS a couple of weeks ago and explained why. It did occur to me that some people might have missed that post and that I ought to say it again, in case our readers assumed the forces of shitty metal had finally succeeded in shackling and then dismembering us. That didn’t happen; the struggle continues. But I never got around to posting a reminder about why the volume of music and words has dwindled.

The reason that happened is that I and some other NCS villains made the trip to Baltimore for Maryland Deathfest and then turned right around and help put on Northwest Terror Fest in Seattle. The latter ended on Saturday night; we spent Sunday loading backline gear and other stuff out of the venues and storing things for the 2019 edition of NWTF — and then drinking for about 8 hours solid, until past midnight, joined by some excellent people from one of the bands who performed at the fest. 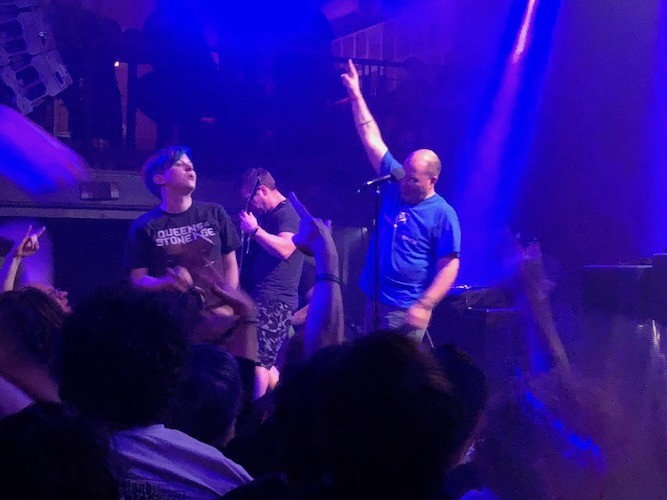 As for today, there was still one more post-festival chore to deal with before I could go home, and I was just too fuzzy-headed and exhausted to do anything else besides posting Andy Synn’s piece earlier today.

Northwest Terror Fest went off without a hitch, and I think it was a huge success in every way. It was a blast to be involved in putting it on. And sometime soon I’ll share a bunch of photos that better photographers than I took of the performances. We have some grand ideas for NWTF 2019 and will start making those more concrete very soon.

There is a tremendous amount of catching-up to do at NCS after two weeks of near-hibernation. We’re way behind on most of our regular features, and I have some things other people sent in for publication that I just couldn’t find the time to get ready for posting while NWTF was in progress.

The catching-up process will begin tomorrow, and we’ll start running premieres again tomorrow as well. See you then.