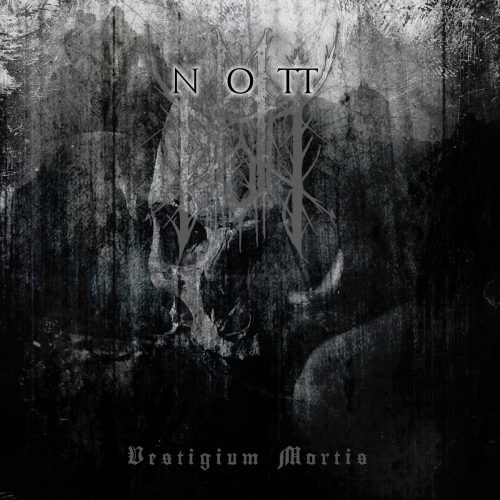 The obscure Italian black metal band Nott, which is the work of the lone wolf Mortifero, has released three albums so far since 2013, the most recent of which was the Disfacimento full-length last year. And although that album may still be fresh in the minds of Nott’s adherents, the band has chosen to present a new EP this year, the title of which is Vestigium Mortis. Five of these seven tracks were originally composed more than a decade ago, intended for a first album that was never recorded, while the opening and closing tracks were composed by Noctuaria for Nott in 2018.

Vestigium Mortis will be released by the Italian label Obscvrvs Records on September 15th. While that seems a long way off in a world that rushes at a frantic pace, we have something for you that will make the wait worthwhile and fortify your patience: the premiere of a track from the EP named “Lifeless Will“, which is one of the songs first composed years ago and now finally recorded. 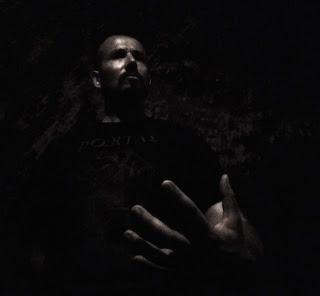 Not for the first time, “Lifeless Will” causes me to reflect upon an aspect of traditional black metal that might seem to embody a contradiction, at least to those listeners whose encounters with the genre are relatively new. People often speak of music like this as examples of pitch-black belligerence and nihilistic death worship. And while Nott’s scalding vocal hostility is indeed cold and cruel, and the rapidly vibrating riffs consist of freakish pulsations and seething swarms of menace, a forlorn yet grand through-line of melody rises and falls, plucking at the heart strings of sorrow just as effectively as the music shreds the flesh.

And so, across the methodically blasting drum rhythms, interspersed with neck-snapping snare bursts and double-bass rumble, and entwined with the viciousness of the riffs and the vocals, the song brings a depth of emotional resonance that goes beyond a dedication to scorn and abrasiveness. For that very reason, it stays with the listener after it ends.

Vestigium Mortis will be released on CD and as a digital dowload. Both can be pre-ordered now via teh Bandcamp link below.