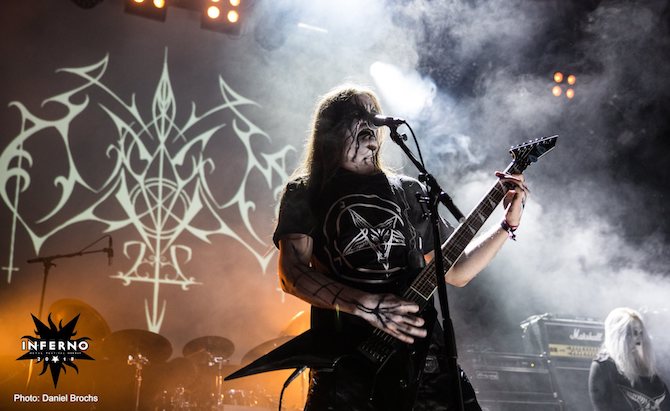 EDITOR’S NOTE: NCS Norway-based contributor Karina Noctum had the good fortune of both attending this year’s Inferno Fest in Oslo and interviewing some of the musicians who performed there. The last of those discussions is the one we present today — an interview with guitarist/vocalist Secthdamon of the resurrected Norwegian symphonic black metal band Odium. The band’s 1998 album The Sad Realm of Stars was reissued by Blood Music a few years ago and is still available here.

How did the band start?

In the beginning there was me and Goretheon, the bassist, just the two of us. Later came two other members but it was hard to continue with the band because one of them became a drug addict and the other one had other priorities.

Where did you get the inspiration to write music back in the days?

It’s actually from the song we used as an intro today. It’s Vangelis‘ theme for Blade Runner. At that time I wanted to do a Black Metal version of that song. That is why I used it as an intro today because it’s for the celebration of my visionary thing back in the day.

Did you get input from the scene back in the days?

I was trying to do my thing, but still you are always inspired by all the bands. I think the riffing is maybe more Gorgoroth-wise but with keyboards actually. Gorgoroth, Windir, those kinds of bands.

Are you going to try to write another album someday? 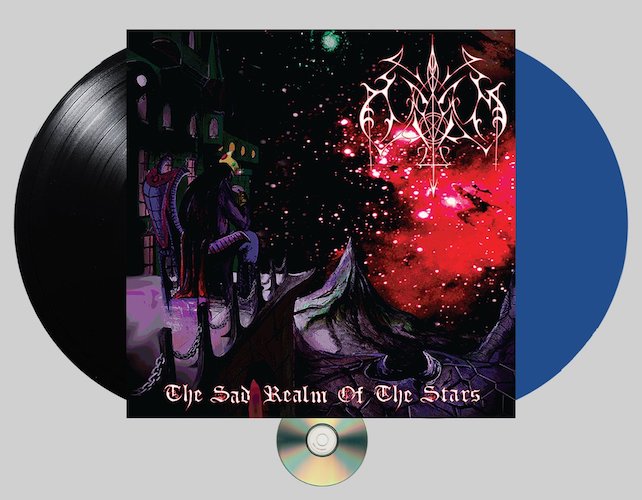 That is something I would like to know — what’s going on with Myrkskog?

We have a new album ready soon. It’s gonna be a pretty intense and brutal sound. Pretty technical. It’s going to have some melody compared to the last album though.

What stage is the album at? Have you composed everything?

Almost, we’re just missing one and a half songs for the whole album.

So you start with the recording and producing stage soon…

We are pre-recording the songs before we go to the studio.

It will be pretty exciting 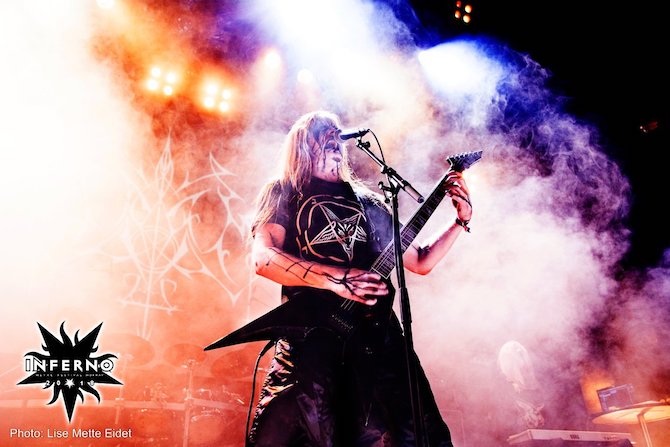 Do you prefer to play guitars or bass?

Of course the guitar. The bass is boring for me. I can do lots of headspins and headbang a lot

When it comes to Emperor, how has it been to play such big gigs and huge crowds?

It has been awesome for me, but pretty weird because I was a huge Emperor fan back in the days. After the first rehearsal I was in awe because I couldn’t believe I was actually playing with that band. But to me a show is a show regardless of how many people are in the audience. I actually get more nervous before a small crowd of people with lots of friends in the audience. I get more nervous than playing for thousands of people that you see down there somewhere.

That’s a different perspective. One would think that you would be more nervous with a huge crowd…

Well it’s different if my mother is in the audience and all my friends. If there are people I don’t know I actually don’t care. You always have to play well for your friends and your mother…

Especially since some of your friends are musicians, do you get to impress them? Isn’t it kinda difficult?

At times. I get feedback from my friends, but for them it’s easy to see when things go wrong. It’s an opportunity to improve. 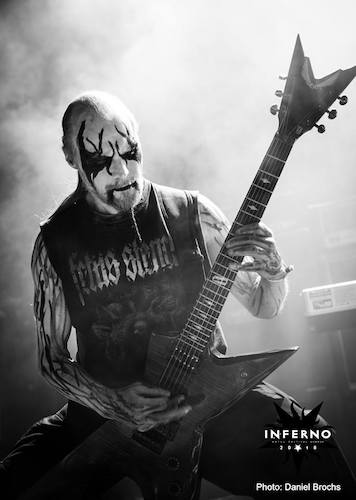 How was the preparation to play the Odium gig? Well, you do have Dominator and Destructhor and they are super professional. Is it really easy for them to play or do you need to rehearse?

We needed to rehearse the songs because of all of the arrangements. They needed to learn all the arrangements in the songs. I think for Dominator it was easy because he didn’t even sweat at the rehearsals. It was easy for us guitarists as well. Much easier than to play in Myrkskog. It’s simple riffing.

How did it feel to play with Odium after so many years?

I’ve been nervous for the last three months, every day. Lost some sleep. But we have rehearsed and it’s OK. The technicians have listened to the album, making it good for us. We have our own light tech and sound guy and everything on this show.

To make it as perfect as possible.

So we don’t end up just sounding weird. We you don’t want to use the house technicians because even though it is a metal festival, the technicians are not metal people so they don’t give a fuck. So that’s why we use our own technicians because the other ones may not like the band’s sound and will try to make it easy.

Are you up-to-date with the Norwegian scene, the new bands?

Not much with the Norwegian scene. I’m more into Death Metal. Technical stuff. Black Metal is a bit boring for me. It is not a challenge to play it anymore. But I like some Black Metal like Setherial from Sweden, some Dark Funeral songs as well. I’m actually more into the Swedish scene because they are better players than most of the Norwegians actually. They are more dynamic. It sounds more pro than some Norwegians will ever be. In Norway everyone wanted to be like Darkthrone or something. It gets boring. But I like Mork though — out of the newest bands, they are OK.

Well I always try look for bands who try to do their own thing rather than copying Carpathian Forest or Darkthrone.

I don’t know why people would like to do that. The riffs end up being used up with no place to make new riffs.

Well it’s easy if you are not a highly skilled musician to go and play something that has been done before.

Then you need to rehearse and become a better musician, that’s what I think.

Is it talent or rehearsing that makes you become a good musician?

I think it’s having a vision of your band and talent, as well as how much you rehearse. A little bit of everything.

Do you have your own thoughts about how Black Metal should be developed?

I think it’s actually the end of development. It has stagnated. It doesn’t move forward. Maybe in the future some people will come up with something new, maybe…

One Response to “AN NCS INTERVIEW: ODIUM”