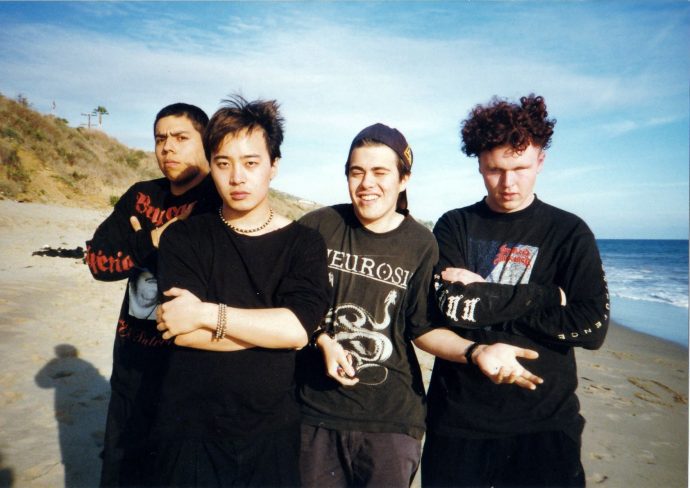 The video we’re about to premiere provides a bit of history, a bit of nostalgia, and plenty of feral energy that hasn’t lost its punch or power despite the passage of 19 years since the release of the song featured in the video.

The band here is Antagony, a Bay Area group active from 1999-2009, that became one of the pioneers of deathcore, integrating elements of death metal, grind, and hardcore in ways that really hadn’t been done before. Their name may have been eclipsed in popularity by other groups that gained greater prominence, and their continuing progress hobbled by extensive line-up changes, but they’re still remembered to this day by a lot of fans. And their former members went on to form or join such bands as Oblivion, All Shall Perish, Hacksaw to the Throat, Suffokate, Oblige, Misericordiam, Connoisseur, and more.

Last year saw the release through Metal Injection of a 32-minute documentary film about Antagony directed by Brandon Hunt and entitled Dawn of Deathcore, much of it consisting of Antagony performance footage in the Bay Area. What we have for you today is a video for the song “End of Circle” that was bonus footage after the end of the closing credits and hasn’t been previously revealed. 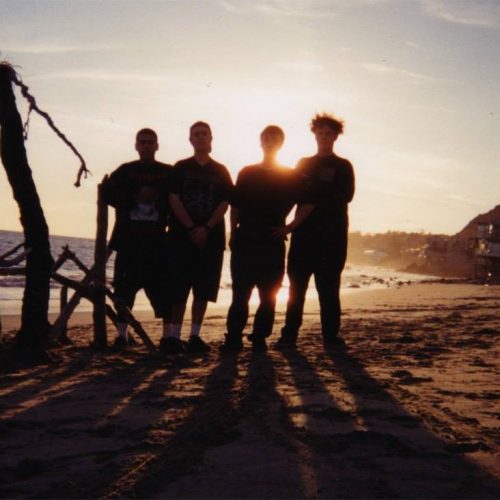 Antagony’s 10 years of existence provided solid fodder for that documentary (which can be found here on YouTube), and much of it is also recounted in an extensive post about the band that we published (here) back in 2013. We won’t repeat all of that now, but instead invite you to simply enjoy the video.

The song, “End of Circle“, was the first Antagony song written in 1999. It was released on Antagony’s 1999 demo and then on their 2001 debut album, See Through These Eyes. Nearly two decades later, it still delivers — a dynamic mix of rampaging and crawling (with a bludgeoning breakdown of course); machine-gun drumwork; skull-busting percussive hammer blows; queasy melodies in its morbid off-pace moments; swarming and needling guitar leads in its up-tempo barrages; and a tandem of high-low vocal horrors.

Check it out below.