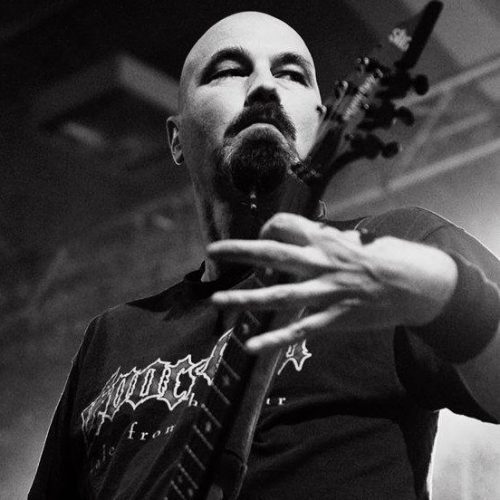 Those of you who’ve been paying attention may have noticed that there was no new “Waxing Lyrical” column published last weekend, largely because Islander and co. were busy with Northwest Terror Fest (and also because I was at a wedding all weekend).

Thankfully normal service can now resume, and today’s entry is particularly special to me, as it features insight and input from Henri Sattler of the resurrected God Dethroned, who just so happen to be one of my all-time favourite bands! 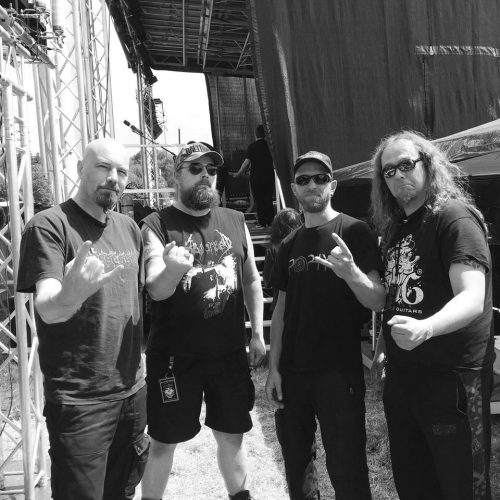 Since I became the lead vocalist of God Dethroned back in the day it seemed obvious to me that I would be the one writing the lyrics. The other guys didn’t really have a clue and frankly were just too lazy to write lyrics at all. Being the main song writer of the band I also knew how the vocal lines should go and then it’s easier to write the lyrics also to make the songs coherent.

I usually take my inspiration from movies, books and documentaries. Not much to say about that really. I see or read something and then my imagination does the rest!

I started out writing lyrics about anti religious themes. Later that developed into a mix of imaginary topics and more personal stuff.

The last couple of albums we did are concept albums about World War One.

Now this trilogy is finished I’m thinking about writing another concept album about a certain character. However I can’t tell you too much about that since it’s too early to know what it will be exactly.

The song “Soul Capture 1562” is about the legend of The Flying Dutchman, a ghost ship wandering the seven seas.

I wrote the lyrics for this song after having seen a documentary about this legend/tale. It’s a doomed ship and everyone who comes into contact with it will die as well and also dwell the seas for all eternity.

I dare you God to challenge me

On these wild and stormy seas

A spirit spoke, a spirit cursed this ship

The song “Poison Fog” is about the trench warfare of WWI and the use of poison gas.

It describes the horrors of being stuck in a trench or a bomb crater, unable to escape the warzone and trying to survive amidst the dead lying around you, drinking water in which people have bled and defecated, etc.

This is based upon reading books and real-life stories of soldiers fighting in the Ypres area during the Great War.

The water is foul with decay

And excrement and something dead

I am happy to have finished the trilogy of the WWI albums as, truthfully, it became harder and harder over time to come up with new strong lyrics about this topic.

Mind you that this war was mainly fought in trenches for four years where soldiers were stuck and where the armies tried to break the stalemate by charging through no man’s land and by using poison gas.

At a certain point there’s just not a lot of topics left to write a song about!

Now I’m looking forward to coming up with lyrics that are far more darker and sinister for our future work.

Thanx for the interview!