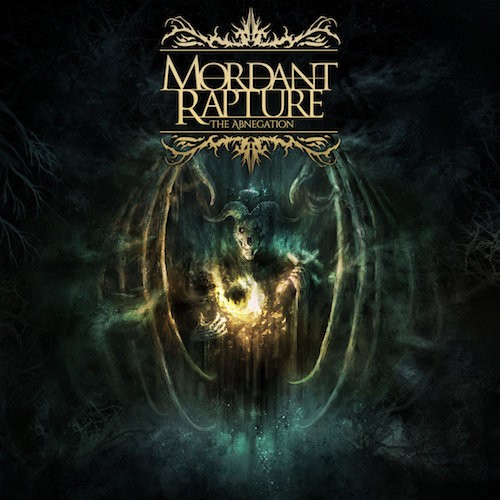 We have for you an explosive, adrenaline-fueled, and multi-faceted song from the debut EP by Mordant Rapture, which will be released on Friday the 13th of July by The Artisan Era. “Unsightly Beast” is its name, and it is a beast of a track, no doubt, but more grand and glorious in its ferocity than unsightly.

The Abnegation is the title of the new EP, and it represents an attention-grabbing step forward for this group, who claim among their influences such bands as Spawn of Possession, Emperor, Necrophagist, and Dissection. As those names might suggest, the sound of Mordant Rapture as displayed on this new work could be considered a form of symphonic technical death metal with black metal elements in the mix. 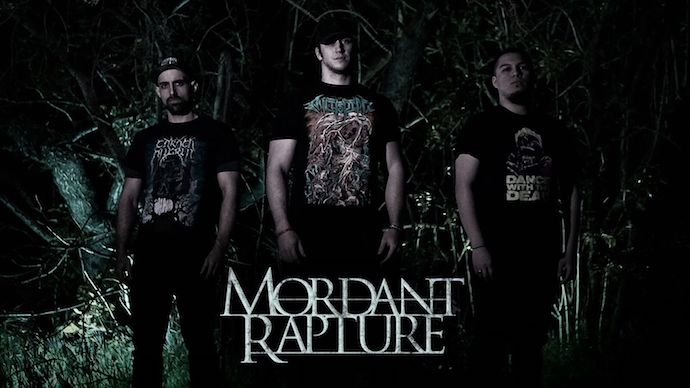 “Unsightly Beast” builds in power, vividly revealing all these ingredients. Beginning with a soft and beautifully melancholy piano melody, it takes its first step into the storm with rising strings and then a giant percussive boom, nasty seething guitars, darting notes, and the appearance of flesh-scarring growls. The full surge arrives in an explosion of machine-gun drum-fire, whirring and whipping riffage, and thundering bass tones.

However, as noted earlier, a sweeping symphonic layer gives this outburst of savagery a grim yet soaring grandeur, and the music elevates further thanks to a pair of scintillating, fret-melting solos and rippling keyboard arpeggios.

Conceptually, The Abnegation “tells the story of an expecting couple that –- knowing nothing beyond their sheltered and mundane lives -– become indoctrinated into a religious sect in which they do not want their offspring to be a part. Ultimately the congregation becomes aware of their abnegation and must suffer punishment as the sect’s holy law decrees.”

Ben Wilkinson, the band’s founding guitarist, has commented on The Abnegation as follows:

“This EP probably stole years off my life; it’s a culmination of countless gallons of coffee, sleep deprivation, and doubts. But with how it turned out I wouldn’t change a thing. I feel like we have finally found the sound we have been chasing and I can’t wait to continue this journey and expand upon what we have made”

“With every practice and writing session, we do a lot of self-critiquing and evaluation, because at the end of the day if we’re not pushing ourselves to write stuff that we’re genuinely stoked about and if we aren’t playing to the best of our abilities, then it’s back to the drawing board. We’ve tweaked the songs countless times but we’ve all grown as musicians, and this is just the beginning.”

For further info about the release, check the links below, and then partake of “Unsightly Beast”, as well as the previously released track “Quell the Voiceless”.

One Response to “AN NCS PREMIERE: MORDANT RAPTURE — “UNSIGHTLY BEAST””