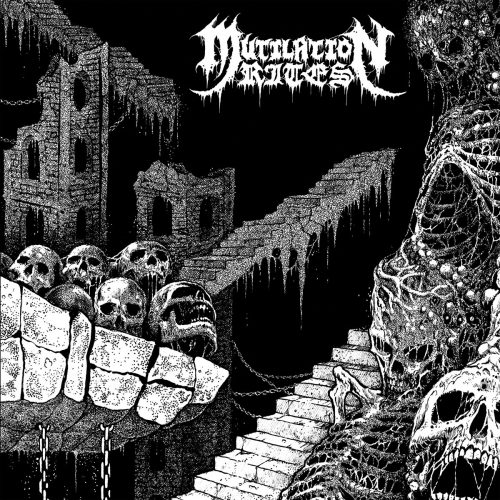 As you can see, I decided to shift away from last week’s almost daily “Quick Hits” round-ups of new music and back to the longer compilations, though I’m still doing a bit of catching up on tracks that are now a week or two old. I might still break out the Quick Hits moniker every now and then, when I don’t have time to do more than throw a couple of songs your way.

P.S. Just as I was finishing this post I saw that Abhorrence premiered their first new track in 28 years at DECIBEL, and that Ván Records just revealed a track from the new album by the Irish black metal band Slidhr (with with Garðar S Jónsson of Sinmara and Almyrkvi taking the reins as bassist), which can be streamed HERE. I haven’t listened to either of these yet, but I bet they’ll be well worth your time. (Thanks to HGD for pointing me to both.)

“Pierced Larynx” is such a goddamned good head-banger, and a ridiculously addictive one, too. It comes from the new album by Mutilation Rites, whose music seems to be continually evolving, if one were to judge by “Pierced Larynx”. Their line-up has evolved, too, and now includes drummer Tyler Coburn (Yautja, Alraune), along with bassist/vocalist Ryan Jones, guitarist/vocalist George Paul, and guitarist Michael Dimmitt. 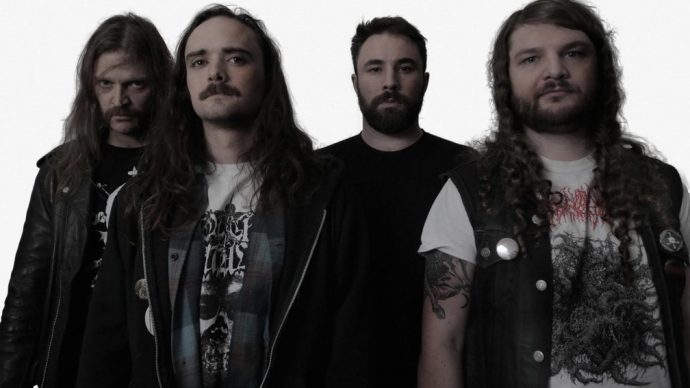 Regarding the new track, bassist Ryan Jones commented: “‘Pierced Larynx’ is a song that intends to create a horrifying image of sacrifice and slaughter in return for inhuman strength and power with a freight train of chunky caveman riffs and dark storms of bends and blast beats”.

Chasm is the name of the new album, and it will be released by Gilead Media (US) and Argento Records (Europe) on July 20th. The cover art is by Mark Riddick. 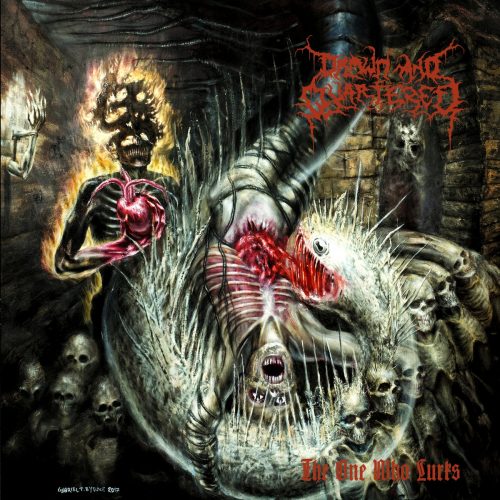 Living in the Seattle area, I’ve had my neck wrecked, my skull cracked, and my gut punched at more than a few Drawn and Quartered shows over the years. They’ve been doing this to people for a long time, but in my humble opinion they’ve never sounded better than on their new album, The One Who Lurks, which will be released on July 27th by Krucyator Productions.

The song below, which DECIBEL premiered ten days ago, is especially strong — hellishly so. In “Deliverance To the Worms” you get sucked into a vortex of black-hearted pulverization and flesh-eating lunacy. The vocals are horrifying; the low end is earthshaking; the leads and soloing are freakish; the overall impact is overpowering. And necks will be wrecked by these grooves. 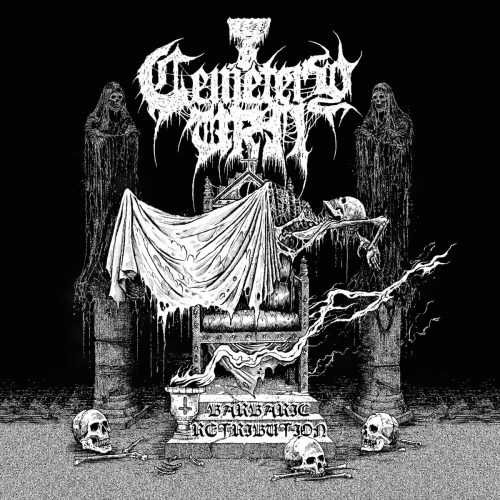 Cemetery Urn’s self-titled 2017 album was a powerhouse of a return for this Australian band after a seven-year absence, and they’ve wasted no time following it up: Hells Headbangers has set August 17th as the release date for a new album named Barbaric Retribution, which features new vocalist S. Geoffery (and yes, that’s another Mark Riddick piece on the cover).

So far, what’s available for streaming is the title track. It truly is barbaric, and although I don’t know what any of us did to deserve this kind of retribution, I’m put in mind of the starving Oliver Twist’s meek request, “”Please, sir, I want some more.”

Merciless, heavyweight, flesh-gauging black/death is what you get here — the kind of turbocharged marauding that floods the blood with adrenaline, and triggers primal muscle reflexes as well. Outstanding. 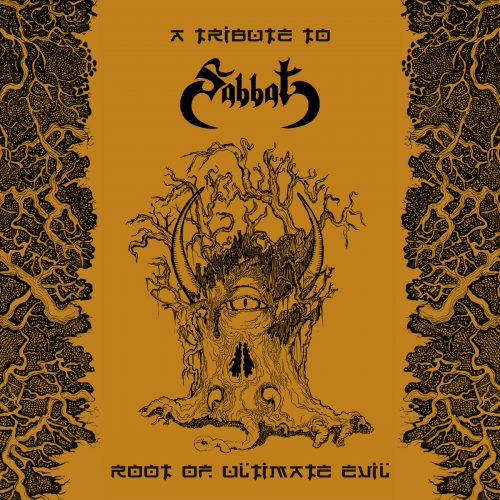 Slackard that I am, I have so far failed to lavish praise on the debut album (The Frozen Casket) by the Russia’s Cist, which another writer likened to “a new band’s unique take on what would happen if nomadic Death lingered for a while longer on their early sounds”. I may still get around to scribbling some frothy words about that record, but for now I’ll ask you to listen to Cist’s cover of “Sacrifice of Angel“.

That track appears on Root of Ultimate Evil: A Tribute to Sabbat, which, as its name suggests, is a compilation of tracks by 11 bands covering songs by the venerated Japanese black/thrash group Sabbat. It was released by the Russian label Grotesque Sounds last month. I haven’t made it past Cist’s track so far, but there are some other appealing names who took part in this effort.

In addition to their other talents, Cist clearly know how to thrash up a storm — in particularly vicious fashion — and the extended guitar solo in this baby is deee-licious. Get ready to mosh with your furniture.

(Thanks to Conchobar for alerting me to this track.)