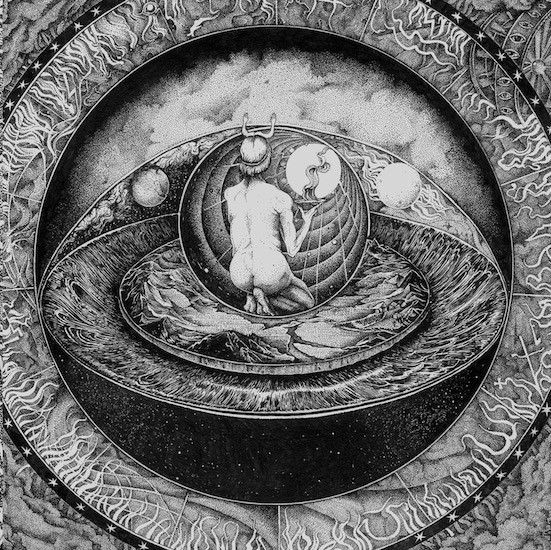 The Finnish band Khanus made an attention-grabbing debut with their 2016 EP Rites of Fire (reviewed here). Less than 14 minutes long, it was nevertheless long enough to mark the band as one to watch closely. The genre-crossing music kept the tension and unease tightly coiled at almost all times, yet with a fascinating ability to hypnotize as it simultaneously put the listener’s teeth on edge. The EP was also long enough to attract the attention of I, Voidhanger Records, which reissued the EP on CD and is now preparing to release the first Khanus album.

Those who are familiar with this label’s releases know to expect something unorthodox. And Flammarion does indeed arouse the mind with otherworldly visions and an atmosphere of mysticism, while also channeling a primal, physically arresting energy. In the words of I, Voidhanger’s accurate summing-up, “Khanus‘ music oscillates between trance-inducing melodies almost bordering on hypnotic psychedelia and the primitive pulse of black/death metal, all seen through a distorting avant-garde lens that exalts the weirdness of the style without sacrificing brutality and aggressiveness”.

You’ll get a strong sense of Khanus‘ creative proclivities through the song we’re premiering today, a track named “Surrupu“, although it doesn’t provide a complete encapsulation of all the album’s textures. The sounds and moods are too varied for any one track to stand as an exclusive representation. Still, this a great lead-in to what Flammarion holds in store. 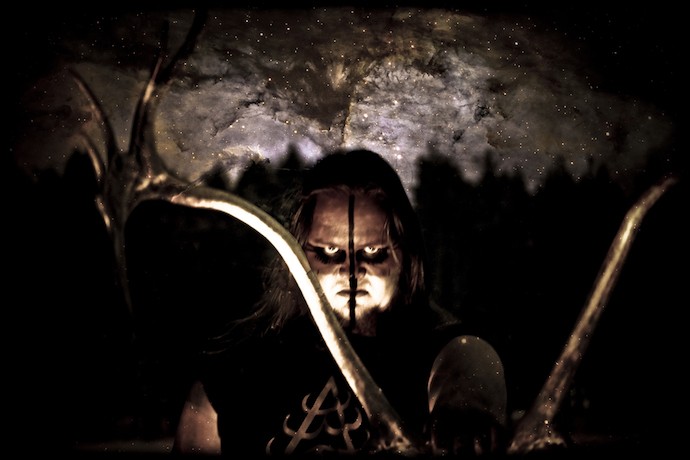 Two of the key participants in Rites of Fire — Sovereign (guitars, bass, vocals) and Meltiis (soprano choral vocals) — return on this new album, but are joined this time by a new drummer from the UK, LordT (a member of Code, among other groups). They have taken inspiration (as I, Voidhanger explains) by seeking to decipher “the unfathomable depths of human soul by revealing its mystical and divine origins, as reflected in the pagan magic, occultism, mythology, ancient superstitions and esoteric knowledges that crossed mankind’s path throughout the millennia”. 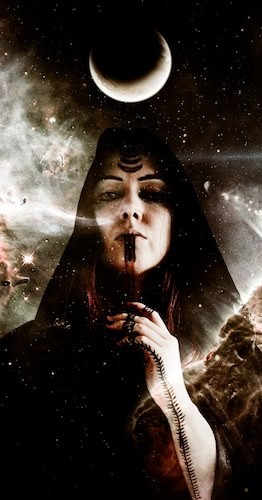 Khanus‘ talent for integrating sensations of perilous mysticism and primal, carnal urges is manifested vividly through “Surrupu“. The roiling and rippling riffs and head-hooking snare beats of the song heat the blood, while the peals of eerie, dissonant notes chill the skin. Deep, imperious growls raise fears of ancient predators, and demonic incantations that unfold over reverberating strings raise fears and desires of a different kind. Acrobatic drum bursts and boiling chords convey an animal wildness; but weird frequencies are never far away, insidiously infiltrating the music like a subtle spell.

As depicted at the roots of Civilization in the Epic of Gilgamesh:

“The noise of mankind has become too much,
I am losing sleep over their racket.
Give the order that surrupu-disease shall break out.”
-Enlil- 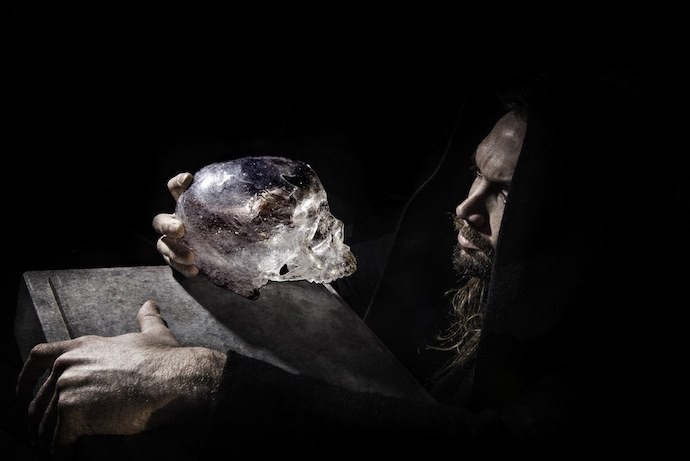 Flammarian opens with Khanus‘ take on Darkthrone’s “The Serpent’s Harvest” and then proceeds through seven original tracks. It will be released on July 20 by I, Voidhanger in a CD edition that features memorable cover art by Business For Satan and a 12-page booklet that includes lyrics. The label recommends it for fans of Bölzer, Execration, Darkthrone, Celtic Frost, and Ved Buens Ende. For further info about the release as it becomes available, watch these spaces: