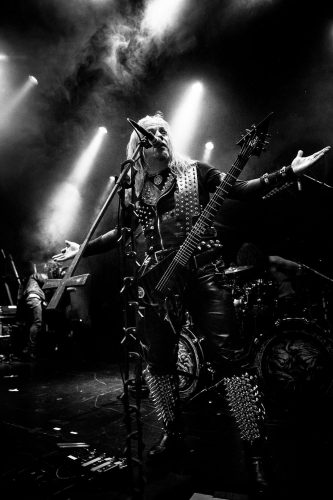 And, let me tell you… I’m not entirely against this process. 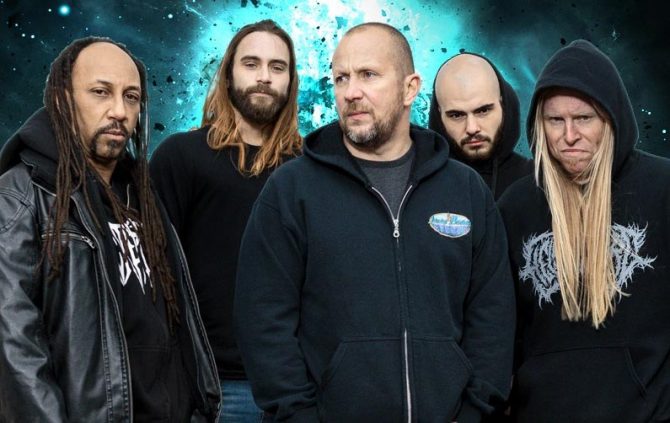 Of course there are always going to be bands who do things for the wrong reasons (either as a way of getting out of a contract, or of cutting an ex-member out of the royalties going forward), but when done right a re-recording can really breathe new life into an old song/album which might otherwise not have gotten its due.

I was, for example, a big fan of Suffocation’s post-rebirth trend of adding on a re-recording of a different track from Breeding the Spawn to each of their most recent releases, which I thought was a fun little bonus for both old and new fans, and am now slightly saddened to think that, with Frank Mullen finally stepping down from vocal duties, we’ll never be able to compile a complete post-millennial version of that album.

Similarly there are also a bunch of cool Behemoth re-recordings available as bonus tracks and b-sides which are well worth tracking down too (although, as you might imagine, quite a few of their fans are absolutely outraged at this blasphemy), while Testament’s First Strike Still Deadly remains one of the best “Best Of” releases of all time in my opinion (closely followed by Magic & Mayhem by Amorphis).

And although the general consensus is that the 2005 version of Stormblåst by Dimmu Borgir was primarily put together to correct issues of plagiarism attributed to the band’s original keyboard player, it’s actually one of my favourite releases by the group, and you can really tell that they put a lot of thought and effort into how to effectively update and modernise the album to fit in with their current aesthetic, while maintaining the core song-writing style of the original. 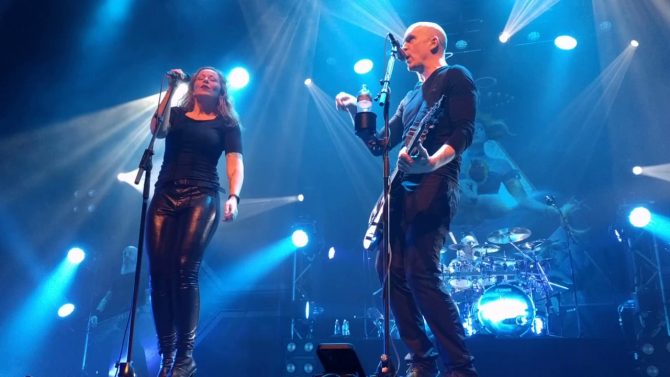 On the other hand, I’m sure we’re all aware of a host of remastered or re-recorded albums which don’t have any real reason to exist, beyond being a blatant cash-grab, with the 2011 version of Under the Sign of Hell being the worst offender in recent memory (although the near constant stream of Death remasters are similarly irksome in my opinion).

Sometimes, of course, the context in which these songs/albums are released can have a major impact on how they’re perceived/received as well.

Take the re-recording of “Kingdom” by Devin Townsend, which successfully turned an already well-loved (if not that well-recorded) song into the powerhouse anthem it was clearly always meant to be (as well as an utterly indispensable part of his live show), and then compare it to the more recent re-recording of “Truth” from 2016’s Transcendence, which was, in my opinion, much less successful, partially because of its placement in the track-listing (making it the opener felt like a real misstep) and partially because the original still holds up surprisingly well, making the new version feel much more superfluous than the new version of “Kingdom” ever did.

As good as some of these songs/albums mentioned above are (and please do check them out if you haven’t heard them for yourself), there will always be issues about whether a re-master or re-recording is meant to replace the original version or not, and whether the release of a new version somehow taints or tarnishes the old one.

As a matter of fact, it’s a statement I’m in full agreement with. However I don’t think it necessarily negates the idea of a band remastering or re-recording their material. After all, the original version is distinct and inviolable. It still exists, and always will, and is always there to be listened to and appreciated. And a new version does not necessarily have to take anything away from the old one. In actuality it may simply draw more attention to it.

Obviously though, it’s not a simply either/or, black-and-white issue. There are other questions -– of legacy, of legitimacy, of intent –- which are simply too big to go into here and which, truth be told, may not have a clear answer. Ultimately, each example of a remaster or re-recording can only really be judged on its own merits.

So, in that spirit, I present to you two recent (or, at least, relatively recent) re-releases which blur the lines between remaster and re-recording: 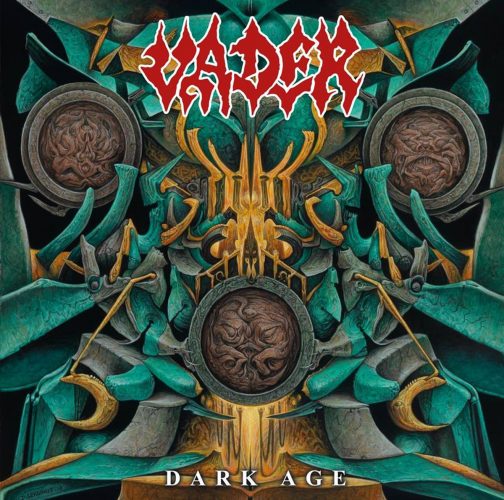 Not so much a reboot or a remake or a re-imagining… but a re-creation… of Vader’s classic debut The Ultimate Incantation, Dark Age is made up of a collection of material previously re-recorded for the band’s XXV collection, a re-recorded version of “Decapitated Saints” originally released on the special edition of Welcome to the Morbid Reich, and several songs re-recorded especially for this release, all of which have been re-mixed, re-amped, and remastered so as to provide a more cohesive listening experience.

And while some may (understandably) question the necessity of releasing this album, particularly when the material contained within involves such a complex web of ex-members and iterations, the fact that it was put together to mark the 25th anniversary of the band’s debut, and only made available physically on tour for the band’s die-hard Polish fans, helps give it something of a “special” feel which a lot of other, similar, re-recordings often lack.

Plus, let’s be honest here, it sounds absolutely massive, and is a great way to rediscover some old-school anthems with a hi-octane upgrade and a fresh new lick of paint. 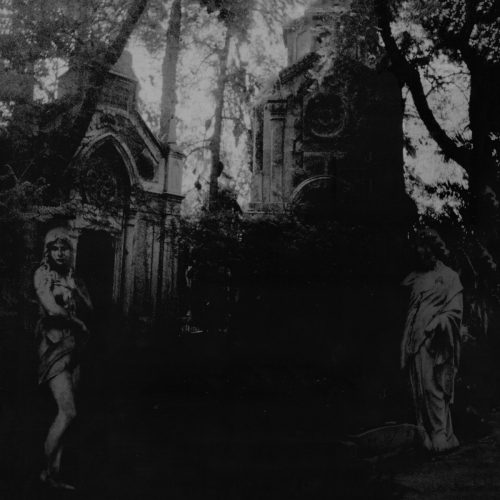 Hetroertzen –Flying Across the Misty Gardens

The more recent of the two albums, the anniversary edition of Flying Across the Misty Gardens by Chilean/Swedish Black Metal quartet Hetroerzen, is also neither a straight remaster or a straight re-recording, but something in between, where all the guitars and bass have been redone entirely, but the vocals and drums have simply been remixed/remastered.

It’s an interesting approach, and an intriguing gamble, for the group, which obviously comes with the inherent danger of attempting to appease both their older and newer fans… and potentially failing to please or placate either.

Thankfully however, the decision -– unusual though it may be -– ultimately pays off nicely, as the new versions of these songs undoubtedly sound burlier and more powerful than their original counterparts, yet maintain much of the same rougher, more unrefined edge which characterised the band’s early works from before they began to dabble more heavily in proggy esoterica.

Definitely one to check out if you’re a fan of potent, primal Black Metal… but prefer to hear it pumping through your speakers with the full force of 1.21 gigawatts!