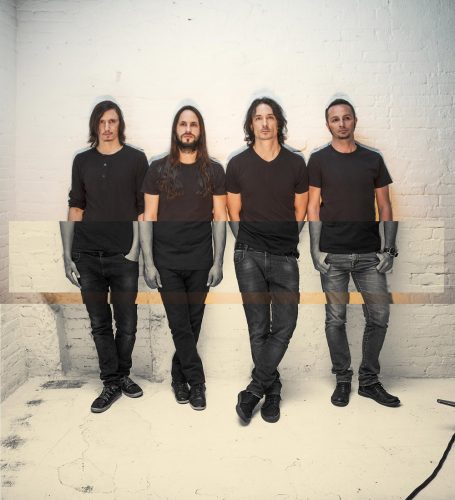 Given what I’ve planned to write for the site today, I don’t have time to compile the kind of typically large SEEN AND HEARD round-up I’d like to assemble, but enough time to do something shorter. And so I’ve resorted once again to the QUICK HITS concept that ran almost every day for a week not too long ago. Better than nothing, right?

In August 2010 one of the people who started this site with me, but hasn’t been involved since 2011, wrote a post with this title: “Why Gojira Is the Best Metal Band in the World“. Almost eight years later, I’m pretty sure he still believes that. And after almost eight years that post still gets hits; in terms of traffic, it’s in the all-time Top 5 pages visited on our site.

Eight years ago, that writer was trying to draw more attention to a band that had only toured the U.S. once, as a support band for In Flames, and not even principal support — that position went to All That Remains. Now, of course, Gojira are a global phenomenon, and still have a soul. And In Flames and All That Remains? The less said about them in their current musical incarnations, the better. 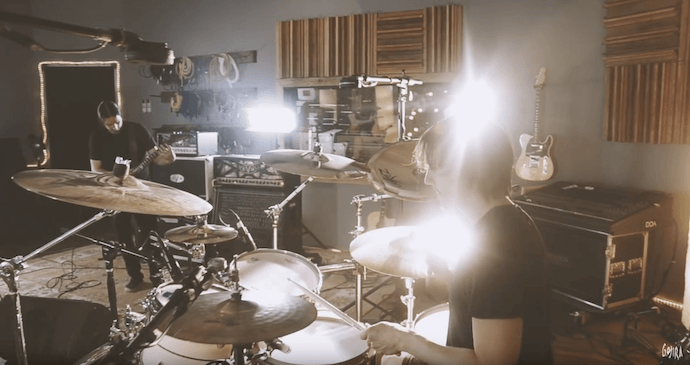 My latest excuse for writing about Gojira is a new video that appeared yesterday, capturing Gojira’s live performance of “Global Warming” off the album From Mars To Sirius. It was filmed at the band’s NYC headquarters, Silver Cord Studio. The band explained why they chose to make this video:

“A few weeks ago, we played ‘Global Warming’ together for the first time since the recording of From Mars To Sirius (2004). We never played it live before, as it is a challenging one to play, and place in a set list. It’s emotionally heavy, and would almost ‘hurt’ the rest of the songs in a way.

“Global warming is a reality and a relevant topic, we feel it’s good to be reminded of one of the most important challenges of our time: How to grow as a species without being a parasite to our planet, the only home we have. ‘We will see our children growing’ is a mantra for future generations, and in a figurative way we hope the children in all of us will grow, evolve, and take action for a more compassionate and meaningful world.”

And with that, I’ll leave you to the video, which is wonderful. 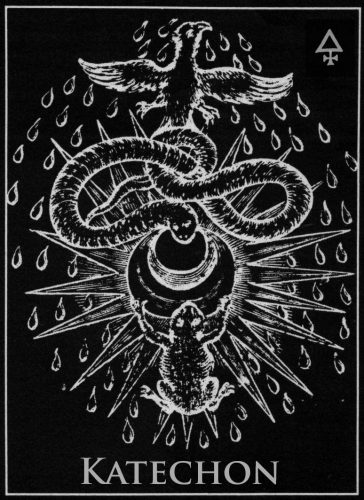 This Norwegian band’s last album, Coronation (2015), prompted me to write: “Prepare yourself for otherworldly blackened death metal. It’s vicious, voracious, violent, and visionary — a seething, boiling mass of skin-stripping riffs, bullet-spitting percussion, soloing that erupts like an acetylene torch, and utterly tortured vocals. There are strange, unexpected touches here and there as well (e.g., the bleak, alien mid-section of “Humanity Diseased”), and the music includes thoroughly engrossing bass work, in addition to other wonders.”

Thanks to a message from Rennie of starkweather, I learned yesterday that Katechon have a new album on the way, the name of which is Sanger fra Auschwitz (which seems to mean “singer from Auschwitz” in English), and that the band had just released a song from the album called “Grav“.

With “Grav” as our proof, Katechon‘s  ferocity is alive and unabated, as is their talent for creating a brain-twisting atmosphere of unearthly menace. The song batters and bolts, races and stalks, and the rapidly spiraling and darting leads have a freakish, hallucinatory quality that’s strangely alluring. The darkness and dread in the music are palpable; the vocals are barbaric; the drumming sets fire to the pulse; and the bass work is still a highlight.

Katechon haven’t yet revealed the cover art or release date for Sanger fra Auschwitz, but have disclosed that it will hit the street at some point this year.