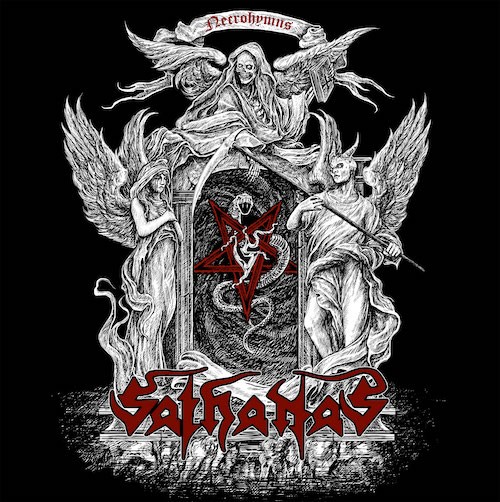 If it were possible to do a comprehensive census of metal bands who released their first demo in 1988, we’d undoubtedly find that the vast majority are no longer among the living. The same could be said of metal bands whose first releases were in 1989… or 1990… or just about any other year preceding the current decade. If there were a catacombs for deceased metal bands, it would be filled to overflowing with dried bones and moldy bullet belts. Of course, mere longevity isn’t something that requires celebration: Some bands have survived for a very long time who should have been laid to rest years ago.

And then there is that very small group of long-lived survivors who just continue to slay rather than be slain, who seek neither fame nor fortune, who don’t compromise or sniff hungrily along the trail of trends, and who deserve a lot more credit than they’ve gotten. Which brings us to Sathanas.

They did indeed release their first demo in 1988, and nine albums (plus many shorter releases) since then, and a tenth one is on the way via the band’s new label, the rapidly expanding Transcending Obscurity Records. Necrohymns is the name of the new full-length, and today we’re bringing you another beast of a track off that record — “Throne of Satan” — before which you shall bow down. 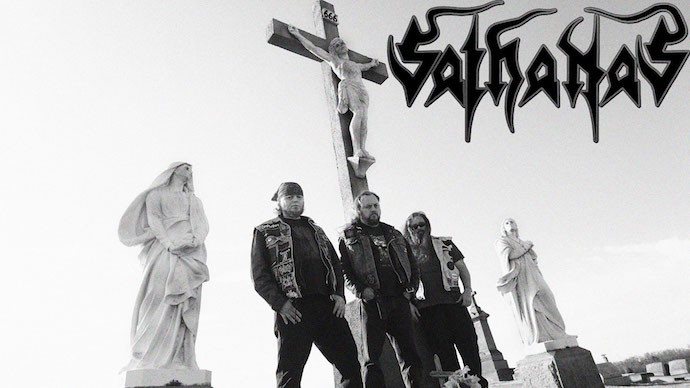 With a rumbling and thundering drum tone driving the music, and rhythms that range from rocking to blasting to d-beat and more, Sathanas inject a big dose of black riff magic straight into the brainstem, thrashing and slashing and hammering the chords home with lethal intent. A boiling, slithering, spiraling solo adds extra juice to this high-voltage track, while guitarist Paul Tucker uses his bestial, boiling voice to amplify the music’s sinister viciousness. Sitting still is not an option.

This is stripped-down, no-frills, Satan-hailing music, but so well-crafted that its primal appeal is compelling, and the spirit that moves through the music like a bat out of hell shows that the long decades haven’t broken Sathanas but rather made them only stronger.

Transcending Obscurity will release Necrohymns on July 10 (on vinyl, CD, and digital, in a variety of packages and merch combos). It features artwork by Adi Dechristianize (Hellish God), with layout and art direction by Francesco Gemelli (Mayhem, Katatonia, Towads Atlantis Lights). The Sathanas logo was created by Chris Moyen (Vader, Incantation, Coffins).

In addition to today’s premiere, you can also check out previously released tracks through the Bandcamp player below.

One Response to “AN NCS PREMIERE: SATHANAS — “THRONE OF SATAN””