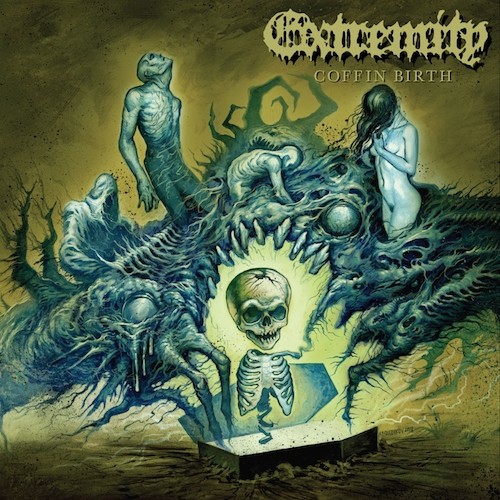 Extremity’s debut EP, Extremely Fucking Dead, spawned legitimate comparisons to the music of Carcass, Death, Exhumed, Repulsion, Autopsy, Bolt Thrower, Impaled, Vastum, and Entombed, and the comparisons didn’t stop there. Depravity, gore, and a fanatical taste for destruction were rampantly on display, along with a knack for crafting insidious melody and skull-plundering grooves. The veteran musicians who had joined forces to record all those monstrous tracks had plainly found a shared passion and an electric connection in what they were doing together. And thankfully, Extremely Fucking Dead didn’t exhaust their morbid creative impulses — there’s now a new Extremity album headed our way.

The name of the new record is Coffin Birth, and it’s calendared for a July 20 release by 20 Buck Spin. It’s our extreme and sadistic pleasure to bring you a track from the album called “Like Father, Like Son“. 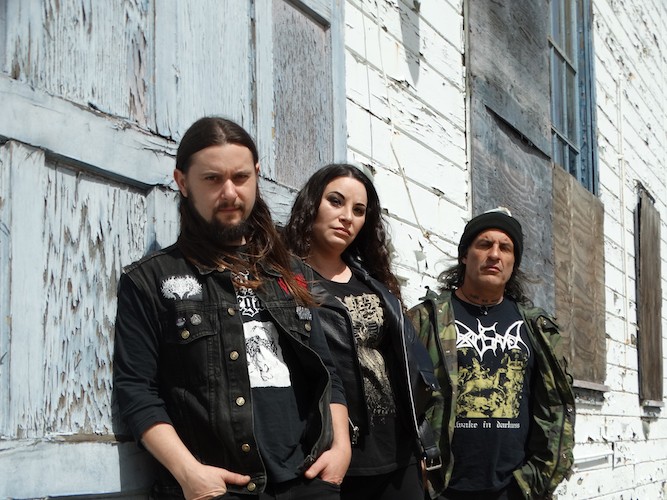 “Coffin Birth was my fourth time recording with Greg at Earhammer Studios in the last 3 years, and fourth or fifth time for Aesop as well. That level of familiarity with an engineer really allows for a free exchange of ideas, and a chance to get a little weirder with things. ‘Like Father Like Son‘ is the seventh of eight songs on the album, and serves as a closing chapter in a story about death, family, immortality, and fate.”

Given the talents of the people involved in this project, there was no serious suspicion that the quality of Extremely Fucking Dead was some kind of fluke; the only question was when (and maybe whether) they’d decide to make that kind of gruesome magic happen again. Death metal addicts can be happy that they’ve chosen to bring their sorcerous cauldron to a boil once more.

One more thing should be said at this point about the new record: It definitely pays homage to many old-school traditions, but it’s not a paint-by-numbers approach by any means.

“Like Father, Like Son”, for example, is part mid-paced mauler, part vicious piranha swarm, and part ghastly stomp through moldering catacombs. It lumbers and thunders, slithers and seethes, romps and rocks, and ravages like a tank attack. Aesop Dekker proved long ago that he can nail just the right drum rhythms and fills for any kind of music you might throw at him, and this song’s constantly changing tempos and patterns provide ample evidence of that. Similarly, the morphing riffs, clobbering chords, and vibrant bass lines keep a vice-like grip on your attention straight through.

The song’s dynamism is further revealed in the contrast between the incendiary, paranormal soloing and the groaning, diseased melody that oozes through the track’s slowest movement. To cap this whole hideously explosive affair, the roaring, howling vocals are a ghastly horror in their own right — heartless, hungering, and deliciously foul. 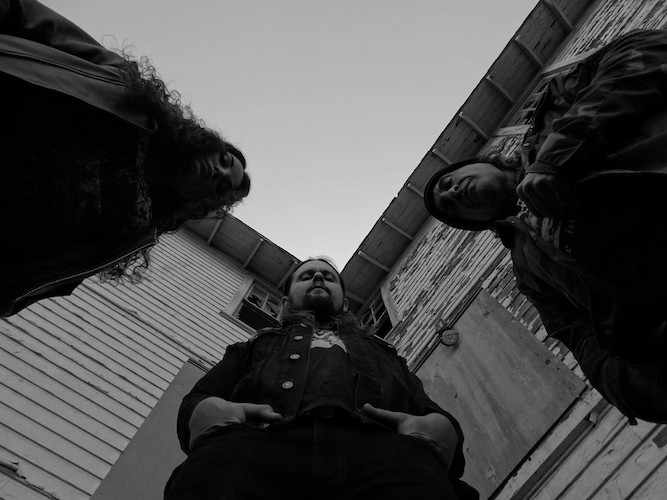 As noted earlier, Coffin Birth was recorded at Oakland’s Earhammer Studios, and it features the distinctive cover art of Andrei Bouzikov (Municipal Waste, Autopsy, Toxic Holocaust), as well as a guest appearance by none other than Antti Bowman of Demilich.

20 Buck Spin will release Coffin Birth on CD, LP, cassette, and digital formats on July 20th; find preorders via the links below. And if you venture over to the Bandcamp page for the album you’ll be able to check out the stream of a previously released track called “Grave Mistake“.