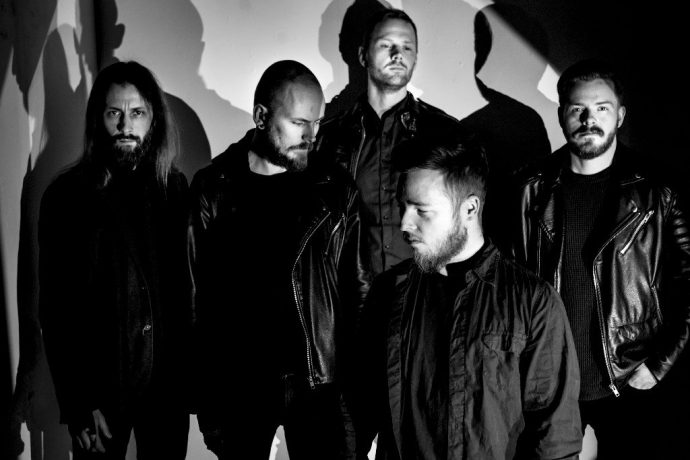 (Andy Synn delivers a SYNN REPORT for the month of June, focusing on the discography of the Icelandic band Kontinuum — including their new album, set for release next week.)

It may surprise you to learn (or it may not) that there’s no strict plan or grand design which guides the production of The Synn Report each month. Each entry is largely dependent on my own ever-shifting whims, and, at this point, there are some bands who I’ve been meaning to write about ever since the column started but who, for various reasons, have kept getting pushed back and postponed. Still, I’m sure I’ll get to them eventually…

Every now and then though there’s a certain amount of method to my madness, in that I’ll sometimes try and line up a new entry to coincide with the release of a band’s new album, so that I can mix and match the review and retrospective formats into one (hopefully) cohesive whole.

Such is the case with today’s edition, as Icelandic post-progsters Kontinuum are set to release their third album, No Need to Reason, next Friday, meaning that now seemed like the perfect time to introduce you all to their intricate, atmospheric blend of brooding swagger and moody melancholy. 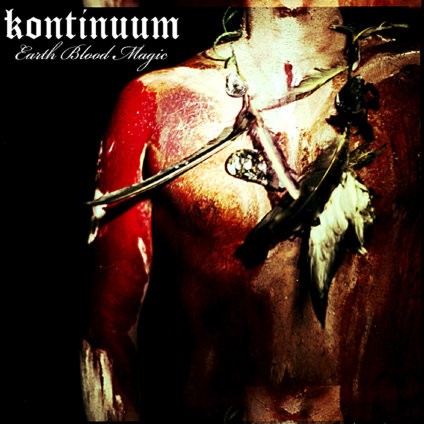 In a ballsy opening gambit, Kontinuum elected to start off their debut album with a dark and moody (and entirely instrumental) piece of energetic, Post-Punk influenced Post-Rock named (somewhat inappropriately) “Endgame”, whose primary purpose appears to be to cleanse your mental palette of whatever you may have been listening to previously, and prep you in turn for the more ambitious “Steinrunninn skógur”, whose nine expressive minutes provide a perfect showcase for the many different facets of the band’s identity, from sweet, sombre melodies to heavy, driving riffage, from sonorous, chanting clean vocals to ragged, blackened snarls, and everything in between.

“Moonshine”, by comparison, is a more straightforward piece of edgy Post-Metal dynamism – although at a shade under seven minutes in length it certainly doesn’t short-change the listener – which has a heavier, doomier vibe overall (as well as some brilliant, gleamingly bright lead guitar work), while “Strange Air” balances ethereal atmospheres and slinky, hip-shaking rhythms in a shamelessly infectious display of goth-tinged glamour.

With “Lightbearer” the band channel a bit of Killing Joke and a touch of straight-up Black Metal to fuel the song’s pulse-quickening momentum, making it one of the heaviest and most outwardly aggressive songs on the entire album, and one that’s practically guaranteed to get bodies grooving and heads banging, after which the frantic riffs and chaotic drums of the impressively complex “City” are given an unexpected counterpoint by the unorthodox blend of clean, harsh, and semi-harsh vocals put on display across the course of the track’s seven minute run-time.

With “Lýs milda ljós” we find the band in a more bullish and bombastic mood, riding a blend of electric riffs and eclectic, esoteric melodies down a long and lonesome highway, windows down, and headlights shining, before things take an unexpected turn with the aching female vocals and minimalist Prog/Doom ambience of “Red”, only for the solemn, piano-based balladry of “Í Gljúfradal” to then bring things down even further, ending the record on a painfully poignant and effortlessly emotional note. 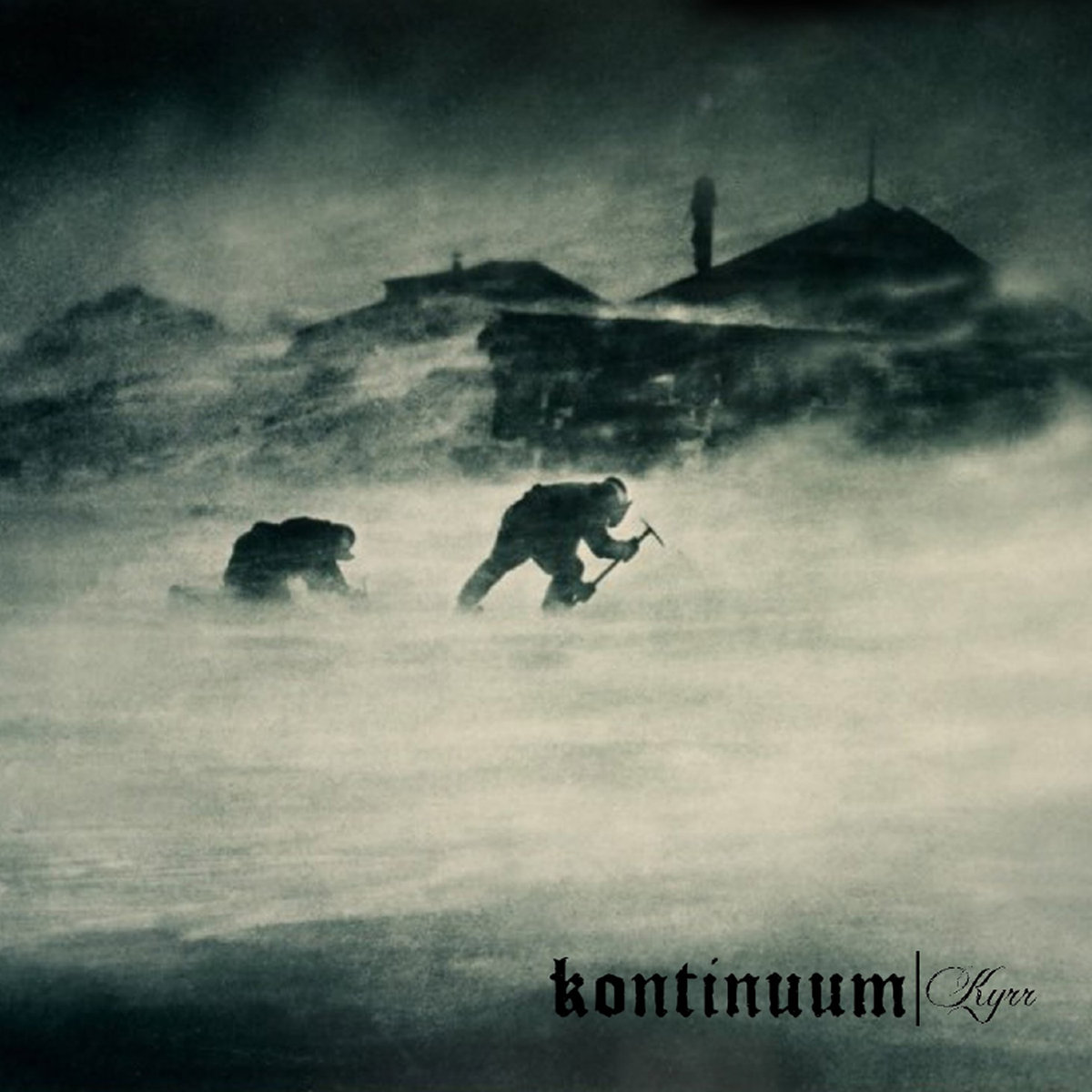 With their second album the group decided to pursue an even moodier and more melodic path, upping the Post-Rock and Post-Punk quotients of their music, while paring back the blackened and more metallic elements from their debut (which, let’s be honest, often weren’t the primary focus anyway) considerably.

Opener “Breathe” captures that same midnight driving vibe as Köld-era Sólstafir, but with an even stronger grasp and delivery of shamelessly addictive hooks, making it extremely difficult (if not impossible) to stop your head from nodding and your toes from tapping along with the song’s smooth grooves and rippling, yet restrained, riffs.

“Í Huldusal” is a darker and more introspective piece of work, although still extremely catchy, whose brooding, smoky atmosphere is prevented from becoming too soporific by the perfectly-proportioned percussion of drummer Kristján Gudmundsson, while “Hliðargötu-heimsveldi” is graced with a bevy of gorgeous melodies and epic leads courtesy of guitarists Thorlakur Gudmundsson and Ingi Þór Pálsson, whose grasp of creative harmony and light-and-shade dynamics echoes the very best of latter-day Katatonia.

The thrumming basslines of Engilbert Hauksson provide the driving force for the album’s title-track, whose sober slow-burn eventually gives way to a shamelessly skyscraping finale, which in turn transitions seamlessly into the even more restrained and reflective “Undir þunnu skinny”, which features (among other things) the rhythmic partnership of Hauksson and Gudmundsson working in perfect tandem.

The first half of “Lone” is an exploration of pure ambience and atmosphere, and it’s almost two minutes until the first chiming guitar notes are heard, making the whole thing more of an extended (though not unwelcome) interlude which allows the listener a chance to rest and refocus before the album hits them with its heaviest cut, the stompy, off-kilter “In Shallow Seas”, which marries its unexpectedly punchy Post-Rock/Post-Metal riffage to a soaring, emotive vocal performance from Birgir Thorgeirsson in a way which serves to highlight the very best of both.

Closing with the shining melodies, upbeat rhythms, and glistening vocal hooks of “Red Stream”, Kyrr is a prime example of how you don’t always have to be heavy to make an impact, as the sounds, the songs, the moods and emotions, conjured by this album are likely to stay with you for a very long time indeed. 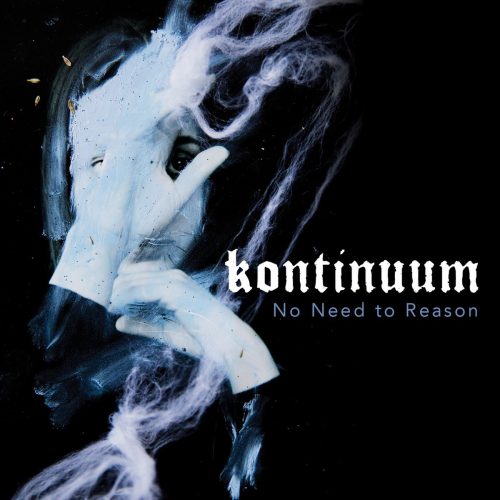 The band’s third album, scheduled for release next week on Friday the 6th of July, represents another big step up in terms of both overall quality and ingenuity, with the band simultaneously focussing and refining their sound even further, yet also expanding the scope of what they now deem possible within these boundaries.

One thing you’ll immediately notice, as enigmatic opener “Shivers” slips gracefully into your ears, is how much the vocals of frontman Birgir Thorgeirsson have improved – not that they weren’t already good, of course – to the point where they now have something of a latter-day Kristoffer Rygg feel to them (which, if you know anything, is a major compliment).

The rest of the band deserve just as much applause and approbation, though, as they’ve all very clearly brought their best to the table on this album, and every member gets their moments (or, more accurately, moments plural) to shine, while also all working together in seamless harmony to produce something which is far greater than the mere sum of its parts.

“Lifelust”, for example, is equal parts uplifting energy and sullen melancholy, driven by a series of ridiculously smooth and catchy rhythms courtesy of Hauksson and Gudmundsson, and liberally layered with chiming melodies and shining harmonies courtesy of the band’s two guitarists, which builds to a truly spellbinding crescendo, and is followed in quick succession by the unexpectedly punky strut of “Warm Blood” (is that a touch of The Misfits and/or Danzig I hear seeping through the cracks?), the meditative melody of “Neuron”, and the swaggering bombast of the title-track, all of which combine to show off the many different facets of the band’s ever-evolving sound.

The riveting bass lines and proggy drums of “Low Road” grant the songs an irresistible sense of energy which mixes and contrasts nicely with the more introspective nature of the vocals and guitars, and displays more than a passing similarity to Ulver and their recent turn towards a more New Wave influenced approach, while the electrifying “Erotica” is one of the catchiest, most anthemic numbers the band have ever released, packed to the brim with pulsing rhythms and bright melodies which you’ll be humming along to long after the track itself has finished.

But, despite being a contender for one of the most melodic, hook-filled, and radio-friendly albums we’ve covered here at NCS all year, there’s never a sense that Kontinuum are anything less than fully invested in everything they do, and this in itself is something which makes the densely intertwined melodies and moodscapes of “Stargazer” or the utterly gorgeous “Two Moons” (which equals the absolute best of Katatonia in terms of pure elegance and emotion) such an absolute joy to listen to, as you can really tell that the band have thrown something of themselves into every single note and nuance of these tracks.

Concluding with the broodingly beautiful “Black Feather” – arguably the darkest, most dour song on the album, and an interesting choice for a finale – No Need to Reason is the sort of album which should, all things considered, help raise the band’s profile to new heights. Not because it finds them in any way “selling out” or compromising their integrity, but simply because it’s just that well-written, well-constructed, and well-performed, that it’s almost impossible to stop listening to once it has its hooks in you.