My comrade Andy Synn tells me he will soon provide a review of Immortal’s new album, Northern Chaos Gods, which is due for release on July 6th. (Spoiler: he seems quite high on it.) In the meantime, Immortal has revealed a second single from the album, the title of which might lead some to guess (incorrectly) that the new Abbath-less Imnmortal had decided to re-record an earlier song.

“Mighty Ravendark” contrasts with the fire-breathing first single from the album, which was the title track. You can shoot me (figuratively, please) for calling this song “epic”. The word “glorious” also comes to mind. 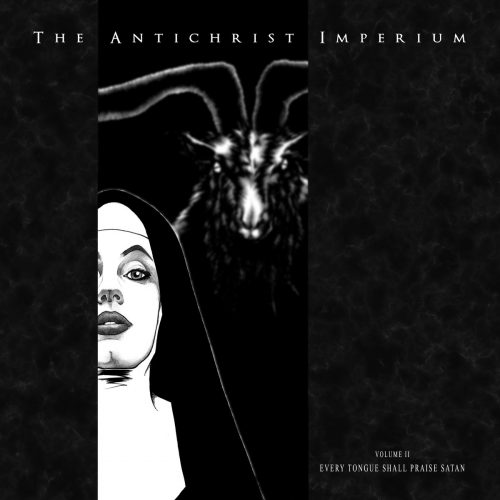 Shades of black… and shades of Akercocke. With current or former Akercocke members featuring so prominently in The Antichrist Imperium, it’s unlikely that such comparisons could be avoided, and it’s also unlikely that the band either tried to avoid them or cared very much one way or another. It’s also worth noting that black metal is only a shade here, only one of a smorgasbord of ingredients in the music on this group’s new album, Volume II: Every Tongue Shall Praise Satan.

The rich array of ingredients (which include multiple vocal textures) is a large part of this Satan-worshipping album’s attraction, because The Antichrist Imperium are so skilled at blending them together, often forging their way into mind-looping progressive and experimental forays. But make no mistake, notwithstanding the sinister creativity and penchant for surprises and sometimes jarring twists on display here, the album includes a hearty helping of killer riffs along with generous doses of thrash-fueled energy, hook-y melodies, and death-metal menace.

You can certainly pull out singles from this record that would make fine additions to a playlist for a given day, but it’s an album that should be heard all the way through, because finding a “representative” song for the work as a whole is a tough task.

Vermilia’s new album Kätkyt was a last-minute addition to this post, and made its way here thanks to a link from my brother-in-arms DGR and the immediate positive impression made by its opening track, “Äiti Maa”.

Released on June 29th, Kätkyt is the first full-length by this Finnish one-woman band, whose three previous singles released only since last fall seem already to have earned her a fervent fan following. Preferring the term “Epic Scandinavian Pagan Metal” rather than black metal, her clean vocal melodies (with lyrics in Finnish) are key to the creation of the music’s solemn, haunting, majestic atmosphere, but she brings into play some nasty growls and rasps as well, which put a cutting knife-edge at your throat.

And there’s a lot more to like here besides the contrasting vocals and the wintry, mythic atmospherics. Head-hooking power chords, night-dark leads, and beguiling folk-like melodies and instrumentation are in the mix, integrated with rushes of blasting, scything warfare. And you’ll find just from the first two songs that Vermilia‘s clean vocal extends from the subdued and morose to the soaring and incandescent. 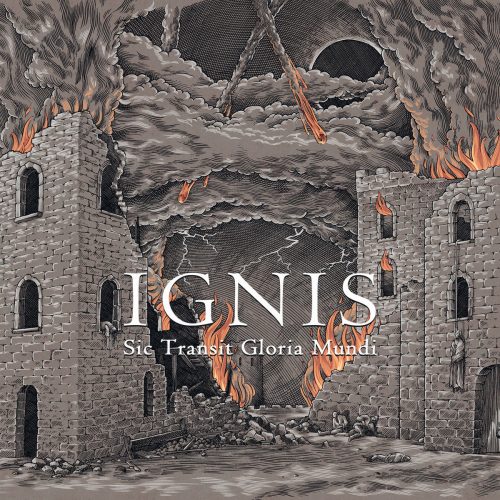 Sic Transit Gloria Mundi is the new album by the Russian band Ignis, and also the first release by the new Russian label Depths of Void. It came out on May 31st. It seems to include remastered recordings of tracks from the band’s first album (of the same name), which dates back to 2015, plus additional tracks. The label recommends it for fans of Austere, Wolves in the Throne Room, Oathbreaker, Altar of Plagues, and early Deafheaven.

Sic Transit Gloria Mundi is a powerhouse of an album, intense and dramatic, its intensity enhanced by the raw-nerved, unhinged wretchedness of the vocals. When the music is flooding in torrents of broiling riffs, frenzied leads, and bolting percussion, it shoots the body full of adrenaline. Yet even in those most tumultuous surges, there is pain and sorrow in the melodies.

The slower, softer, and more wistful passages in the music, which are well-placed, provide breaks in what might otherwise be the kind of overwhelming experience that would leave a listener rung-out and on the brink of despair. Those interludes are beautiful, but even in the most propulsive onslaughts, beauty is to be found, sometimes of the kind that soars in heart-swelling displays of panoramic grandeur and penetrating grief. (And don’t miss the soloing in “To the Shining of Black Spheres”, which is spectacular.)