This is Part 2 of a post that I began earlier today. As in the first installment, I’m including a group of complete new releases with only brief introductory impressions rather than full reviews. More words would make me feel better, but maybe the words I had time to write will be sufficient inducement for you to explore further on your own.

The surprising new release by Malokarpatan made me feel like I’d entered haunted woods or subterranean caverns populated by creatures that the Brothers Grimm would recognize, and the next two entries in this post pulled me into greater depths of horror — to the point that I felt I had to shake off those shivering sensations in order to face the rest of the day. You’ll see how I did that.

Perhaps there was some kind of advance notice that the Slovakian band Malokarpatan, who most definitely march (and scamper fiendishly) to the beat of their own drummer, would be releasing a new EP today, but if so, I missed it. My first notice came via a Bandcamp e-mail alert today. What I found was as weird as I’ve come to expect — but the shapes of the band’s strange proclivities never seem to be predictable. 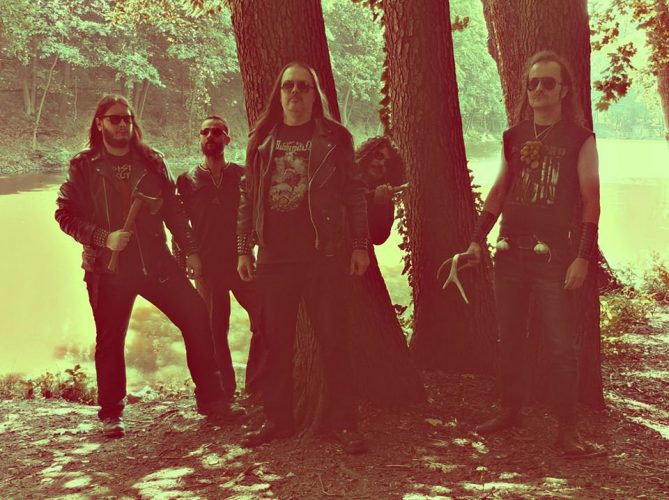 Cesta podzemnými sálami Kovovlada is the name of this little gem, with the two tracks identified as parts I and II of a twisted tale. Google Translate renders the title as “a path through the underground halls of Kovovlad”, and it seems that in Slovakian folklore Kovovlad is a demonic being of human appearance associated with ideas of ghosts in the earth, the ruler of underground treasures and minerals, especially precious ores.

A bit of further research revealed that the music was first included on a cassette tape released last fall by House of Inkantation for a German “Samhain Celebration” event on October 27th; it included music by six bands. Today, the digital edition of Malokarpatan’s contribution has been made available, divided into these two parts.

And I later found that I could have saved myself this research activity if I’d only seen this post on the band’s Facebook page:

“People have been writing to us they’d like to hear our material which was otherwise available only on the limited Samhain Celebration MMXVII tape release, so here it is in a Bandcamp form. Unlike the tape version, here it is separated into 2 songs, with a rawer mix. The material is an unusual one for us and doesn’t show a future direction of the band, but more of an experiment. Thematically it deals with Kovovlad, a spirit of the underworld and its treasures known from Slovakian folktales. Similar to the myth of Hades and Persephone, Kovovlad abducts a maiden from the world above, to imprison her in his subterranean kingdom.”

A pale, skeletal hand seems to beckon the listener in Part I, the other hand covering a sinister grin, drawing you into an eerie realm where water drips from stalactites overhead, phantasms swirl and wail around you, and monsters grunt and gasp from lightless depths. Following that hallucinatory prelude, Part II opens in a heavy, shaggy stomp, no less cavernous and hallucinatory but more recognizably metal, which becomes a lurching, rocking, thoroughly gloomy and spooky head-nodder. 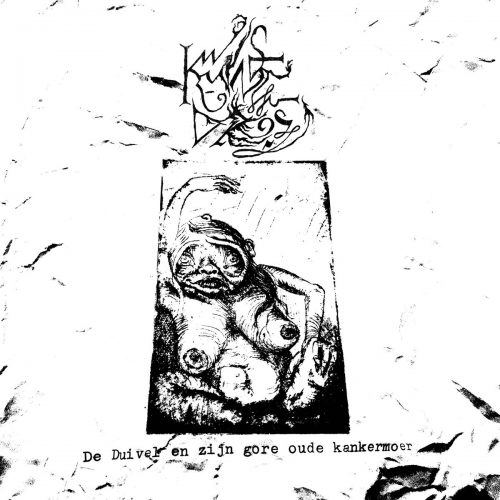 Last September I reviewed the self-titled debut EP of this Dutch band (who now seem to be based in Germany). Even though it scared the shit out of me, I couldn’t resist the urge to hear their debut album, De Duivel en zijn gore oude kankermoer, which was released on June 25th by Ván Records. The title seems to refer to the Devil, to gore, and to cancer.

Serendipitously, the ghostly instrumental intro that begins the EP follows almost seamlessly from the close of that Malokarpatan EP, and then things get more and more frightening. The music is intrinsically subterranean, with an approach to production that drenches almost everything in cloying murkiness and sepulchral reverberation — other than the cacophony of terrifying shrieks, grotesque roars, and lunatic yells and wails, which pierce the eardrums and echo off the walls of your skull.

High, shimmering ambient waves swirl above and around the oppressive density and mind-warping creepiness of the guitars and the muffled blur and explosive boom of the drums. The combined effect is utterly chilling. Even the tones of the piano arpeggios that appear in the interlude “De Wrange Boodschap” (and elsewhere) are unnerving, suggestive of madness even when they become mesmerizing.

A multitude of other musical accents are scattered across these tracks, too many to identify much less enumerate. They’re part of what kept me on the edge of my seat, along with the changing tempos — and all those horrific vocalizations.

You’ve been warned: This is a first-class ticket on a demonically imagined terror trip. 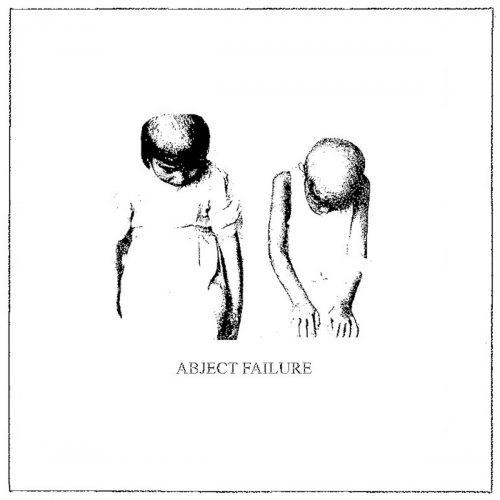 Abject Failure is a new project whose sole creator (based in Vancouver, BC) was once the vocalist of the explosive Bay Area grind band Worse, whose two EPs were reviewed (here and here) by my colleague DGR. Worse didn’t have a very positive outlook on life, and neither does Abject Failure, but there the similarities end.

Abject Failure’s self-titled debut EP (released on May 22nd) consists of two very long tracks and a four-minute one in between. The frightening yet sorcerous effect of dark ambient music and noise plays a significant role in the music, providing the introduction to the first track, and the bulk of the seriously scary second one; the first of those runs seamlessly into the second. When the black metal comes in, it has a riveting but no less harrowing effect.

In the first track, the rising and falling whir of the riffs and the drive of blasting drums torque the tension to the breaking point, as the voice channels searing pain and mentally destabilizing anguish. When the delirious, full-throttle disturbance of the music subsides, sodden gloom and the haunting of dead souls fall down like a thick mantle of fog.

The third track is even longer than the first, and it too manages to provide an experience that’s both intensely unnerving and mesmerizing. The pain in the music is like a living thing; the sense of failure, hopelessness, and helpless rage are almost too much to bear. But nonetheless, the music very effectively pulls you in; this dire trip becomes wholly immersive, all-consuming in its changing patterns and textures, which include ringing melodic notes and brain-fracturing feedback, and much more. 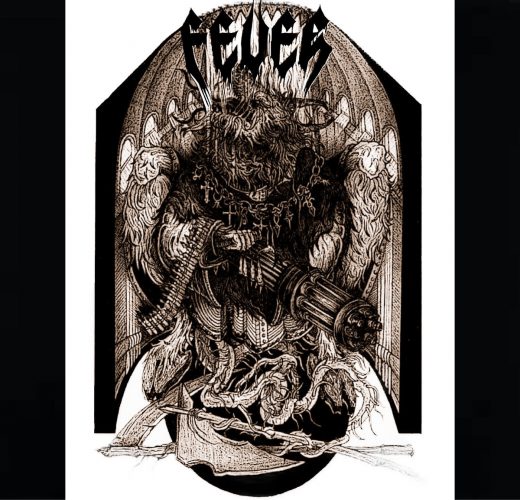 To tear myself away from the nightmarish visions that the first three releases in this collection had implanted in my addled mind, I decided to finish today’s two-part post with the debut self-titled EP of a St. Louis band named Fever, which was released on June 18 through through Alliance from Hell, The True Plague, and Black Metal Records.

Based on the music, Fever seems too tame a name. “Blast Furnace” might be closer to the mark, but would still be somewhat understated. Basically, this is like riding an electric chair while getting strafed with napalm and blasted by automatic weaponry as a pack of howling werewolves fight to see which one gets to sink its fangs in your throat first.

There are some cold, demonic melodies slithering through this black/death warfare, as well as bursts of freaked-out, whammy-bar soloing and torrents of hyper-accelerated, skull-splintering percussive assaults. The band do ease up on the gas a bit during the closing track in order to spread a plague of queasy, crawling doom, and to deliver a surprising dual guitar instrumental as the EP’s finale. But those are exceptions to the band’s main objective, which is to lay waste to everything.