Yes indeed, a new Witchery album only one year after the band re-grouped to put out In His Infernal Majesty’s Service to commemorate their 20th anniversary. And this new one features the same line-up that recorded that last album — drummer Chris Barkensjö, guitarists Jensen and Rickard Rimfält, bassist Sharlee D’Angelo, and vocalist Angus Norder. Apparently, they were so delighted with response to In His Infernal Majesty’s Service that they dived right back into writing more new songs.

“True North” is presented in a wonderful animated video created by Niklas Sundin (Cabin Fever Media). Launched by music that puts me in mind of Tubular Bells, the song is a bit of a switch for the band — a cold, gloomy, sinister, mid-paced stomp that eventually begins to flicker, swirl, and catch fire. It’s an eerie chiller, with a chorus, in which Norder gives demonic expression to the song title, that may make you want to wreck your vocal chords singing along. 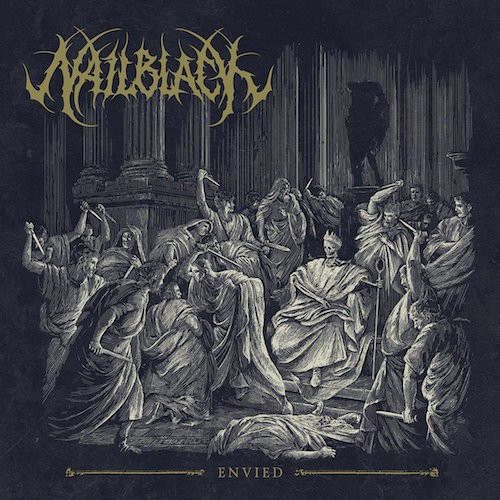 The next track is a vicious ripper right from the start, the rhythm section pulsing and battering at high speed and the guitar whirring like an overheated circle saw. The vocals are especially ugly and thoroughly malignant. Eventually, the music kicks into a turbocharged, punk-infused, hard-thrashing gallop, which turns out to be a prelude to a slow, dismal interlude with a slithering guitar melody that mixes sensations of bereavement and disease. It’s an unsettling but seductive breather… before hell really breaks loose in a sulfurous, incendiary race to the finish.

This savage, poisonous song is “Pig Digger“, the album is Envied, and the band is a Cleveland duo named Nailblack.

Envied will be released by Redefining Darkness on September 29th. The murderous cover piece was created by Misanthropic-Art. 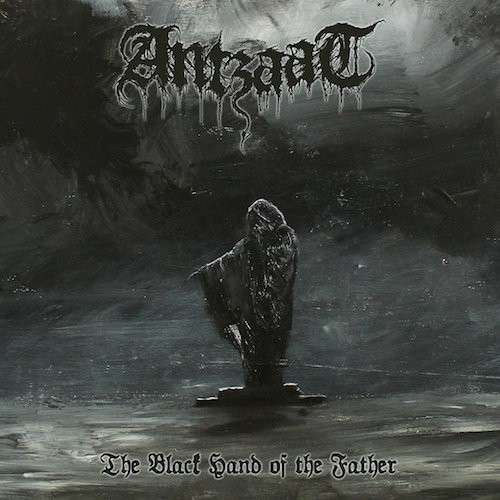 “Disciples of the Concrete Temple” is one of five tracks on the debut EP of the Belgian black metal band Antzaat. It surges with powerhouse energy right from the start, with an attractive cascading melody moving in waves through the blasting drum drive and the eruptions of scalding vocal madness.

That vibrant, exultant melody buries itself ever more deeply into the mind, even as the drum rhythm changes and the band work variations into the song’s melodic flow. The emotional intensity of the song never relents, and by the end it has burned itself into memory like a firebrand.

The Black Hand of the Father is the name of the EP, and it will be released digitally and in a CD edition on September 25 by the the Belgian label Immortal Frost Productions. 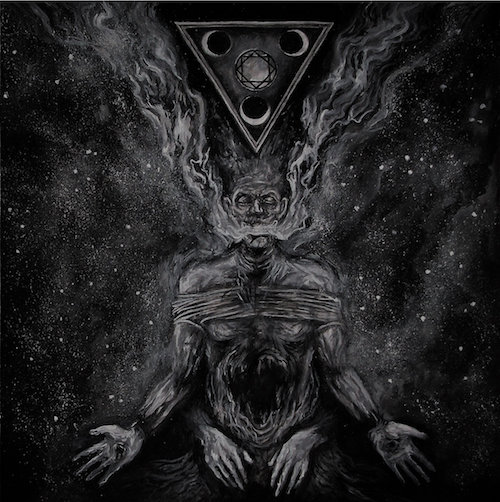 For the next selection I’ve only picked one song to highlight from an album named Transformation. The band is Theurgia from Venezuela, and this is their first full-length.

The opening of “ILV (The Verb of Waters)” is unsettling, with a haunting wail slowly flowing like a spirit through a collection of strange sounds. The rest of the song has a disturbing and haunted atmosphere as well, generated through an ominous assembly of dissonant notes and chords that signify unearthly peril.

The track eventually transforms into a swarming haze of distorted savagery, with the bestial vocals exploding in hair-raising shrieks of fury or agony (or both) and it also includes a mournful, rippling guitar lead that elevates the music’s inherent drama even further. Although the song effectively creates a strong atmosphere of gloom and derangement, there’s a powerful rhythm section at work here as well, with a heavy, prominent bass performance and battering drumwork that provoke a physical response.

Transformation was released on cassette (limited to 150 copies, with a lyric sheet) by Esfinge de la Calavera and Worship Tapes. A six-panel digipack CD edition is scheduled for an October 27 release by the Mexican label Throats Productions. Both the tape and the CD editions include a cover of Dissection’s “Retribution-Storm of the Light’s Bane” as a bonus track. The album is also now available on Bandcamp. 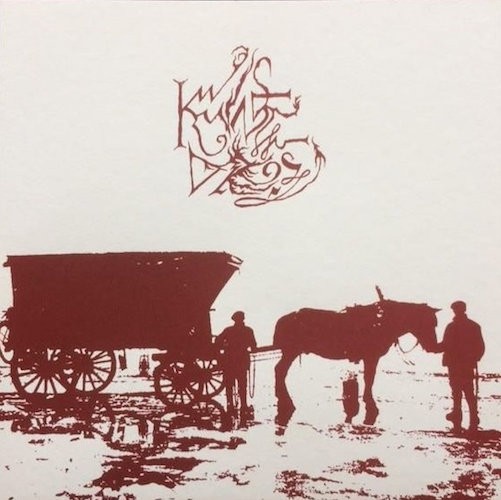 “De Zegepraal van Satan” is a powerful piece of spellcasting, the kind of nightmare spell that implants visions of horror in the head. After a chilling intro, the song becomes one long surge of pistoning percussion and grim, vibrating riffage. Through that protracted loop of whirring, lashing, and pummeling, tortured voices cry out in a cacophony of madness, along with a guitar lead that sounds equally psychotic and doomed — yet is somehow mesmerizing.

Just as you might think your own mind is becoming untethered from its moorings, the music decelerates into a methodical rocking lurch, setting the stage for a surprising, squalling guitar motif that’s psychoactive this time instead of psychotic… or maybe a bit of both. And the spell continues with new incantations.

The second song below, “Witte Duivel“, is a more stately march at first, but the vocals are equally berserk, and the atmosphere of the serpentine main riff conveys a kind of infernal malignancy moving in the midst of this solemn procession. As in the first track, the band change gears, this time moving into a loping, rocking rhythm and then an orgiastic rush of manifest savagery and insanity.

You could call this raw black metal, because it does have a raw sound, the vocals are 100% unhinged, and there’s not a drop of human kindness to be found anywhere, but this is also mind-bending, hallucinatory music, and thoroughly fascinating (as well as thoroughly unnerving).

The two songs together make up the debut EP of a Dutch band, the title of which shares their name: Kwade Droes. It was released on September 1, with digital on Bandcamp and a vinyl edition through Ván Records. 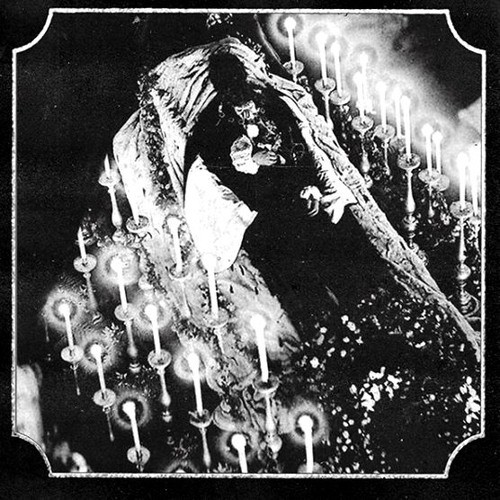 One good Dutch turn deserves another. The final song in this collection comes from In Via Ad Nusquam (On the Road To Nowhere), the debut album (which follows a handful of demos) by a mysterious Dutch trio named Faceless Entity. It was co-released on vinyl at the end of July by Nebular Carcoma (Spain) and Altare Productions (Portugal). The album consists of an intro and an outro track and four others bearing the album title and a sequence of Roman numerals. The song below is “In Via Ad Nusquam I“.

I thought the song would make a good pairing with those two Kwade Droes tracks. Just in case those tracks didn’t leave you whimpering for  a recovery period in an asylum, “In Via Ad Nusquam III” should finish the job.

A slow, deliberate drum beat is the only thing in the beginning of the song that tethers the listener to something resembling solid ground. The vocalist’s crocodilian growls and noxious, gurgling spews of bile certainly don’t sound real, and the looping lament of the fuzz-shrouded riffing is the stuff of brooding black dreams.

But that only lasts for three minutes. Longer, and it might cause you to take a knife to yourself, or to someone else. What happens next is pure frenzy — the drums kick into the red zone, the riffing burns in a fever of madness, the vocals become the horrifying sound of a man being skinned alive. The sheer intensity is transfixing, and yet there’s also an air of terrible grandeur in the melody that soars through the tumult, as if performed by symphonic horns in the seventh circle of Hell.