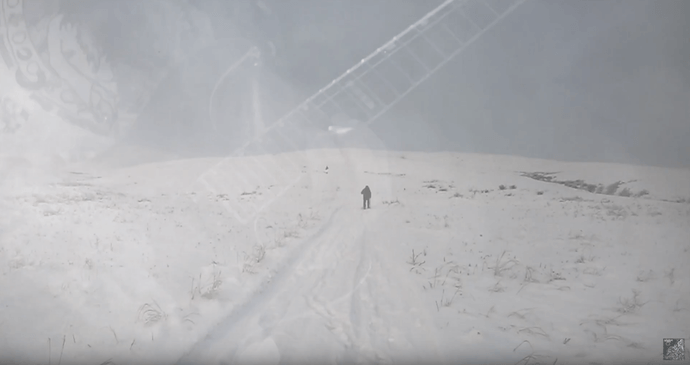 With their 2017 album Хиус, the Siberian Russian band Neverending Winter displayed their wide-ranging talents in startling fashion. As their name suggests, long and frigid winters may have inspired their creations, but they found grace and beauty, as well as darkness and tumult, in their conditions. As I explained in a very wordy review, it was one of the most vibrant and dazzling albums I encountered last year, one with a wonderful, organic sense of flow that moved through differing shades of darkness and light, and ranged from loud, barbarically aggressive attacks to soft and completely mesmerizing interludes. And while the music often exploded with primal, surging energy, it was also often quite intricate, revealing a level of technical skill that was impressive.

Early this year, Neverending Winter followed Хиус with a new EP named Сеногной. It consists of three songs of increasing length, beginning with “Новый рассвет (New Dawn)“, a two-and-a-half minute track, continuing with the four-minute song “Frost leash“, and ending with “Сеногной (Senognoy)“, which nearly reaches eight minutes. Once again, the music flows and evolves; once again, Neverending Winter manage to successfully braid together differing strains of black metal (both savage and atmospheric) and crust punk in a way that makes the EP a riveting listen from start to finish.

There’s tremendous dramatic power and explosive energy in these three tracks, which mix furious rampaging with sensations of dark and ominous grandeur and glimmers of otherworldly, melancholy beauty. The longer tracks are the more diverse, of course, and the title track is the one that makes the deepest impression. But it’s the short opening track that’s the subject of the video we’re premiering today.

“Новый рассвет (New Dawn)” was the first song Neverending Winter composed when they started the band. It immediately summons panoramic visions of snow-covered landscapes and whistling winds, but as the drums begin to tumble and the guitar melody rings out, it builds a mood that sounds forlorn… and then begins to boil in a kind of desolating pain (as I hear it). A beautiful but bereft guitar melody surfaces near the end… and the video ends way too soon. 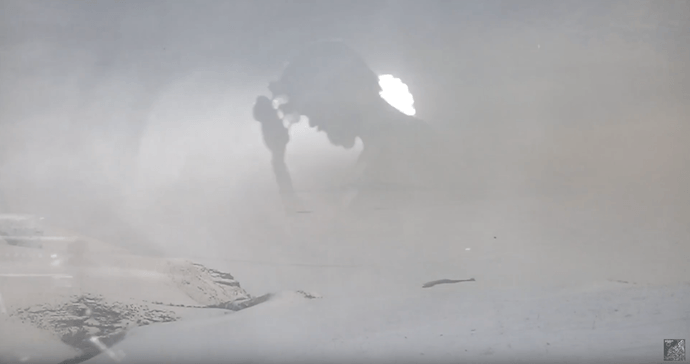 In a way, the song doesn’t end when you hear it on the EP. It flows right into the second track. If nothing else, the video may induce you to start over and listen to it again on the EP stream that I’ve included, and become carried away through all three tracks. And of course that’s always one objective of videos that are revealed after an EP or album has already been released — to bring the music to the attention of people who still haven’t heard it, and (hopefully) to draw those people deeper into the release as a whole.

As for the visuals, we are told that most shots were “taken in Path of ancestors located in Republic of Khakassia, Siberia.”

We hope you enjoy the video as well as the EP, which you can buy as a digital download at Bandcamp.