Sometimes I refer to these collections as playlists, despite the fact that I often include at least brief reviews of complete EPs or albums. But this week’s SHADES OF BLACK really is just a playlist. You’ll find links to full streams of six recent or recently discovered albums or EPs here, but all I’ve done is to pick out one song from each of them as “teasers”. I just don’t have time to do more, much as I wish I did.

And even if you don’t have time to explore everything in depth on your own, I do think it’s a good playlist, with interesting variations of style and mood. If I were on Spotify, I might be able to make an actual playlist of these tracks, but I’m not. Perhaps you’ll do it on your own — after reading all of my words, of course, because they’re so vital as an introduction. (Please stop snickering — it undermines my self-esteem.)

We’re not easing into this playlist, but launching it in harrowing fashion with “Letargo a su posterior hipnosis“, the third track from La Fatídica Excrecencia De La Subtierra, the 2017 debut album by the Chilean band Cenotafio, which was re-released at the end of May 2018 by the Mexican label Throats Productions.

The song is a terrifying black/death assault on the senses, part tornado and part submergence into a hallucinatory nether realm where hungering forces have extinguished hope. In its alternating crescendos of violence, the sound is near-overpowering; in its blood-freezing slower movements, it becomes almost suffocating in its oppressiveness, and ultimately transforms into an eerie astral drift;  the echoing vocals are frighteningly inhuman throughout.

Cenotafio’s line-up includes two members of Invehertex, and one of those, vocalist/guitarist Daniel Hermosilla, who will also be known to many of you as a visual artist and tatooist (Nox Fragor Art), created the cover art and illustrations for the album.

(Many thanks to Rennie of starkweather for turning me on to this record; and for his characterization of the album: “Another updating of classic death metal. As if Entombed’s Clandestine was reworked by Bestia Arcana. Long form, majestic at the same time cavernous and guttural….”) 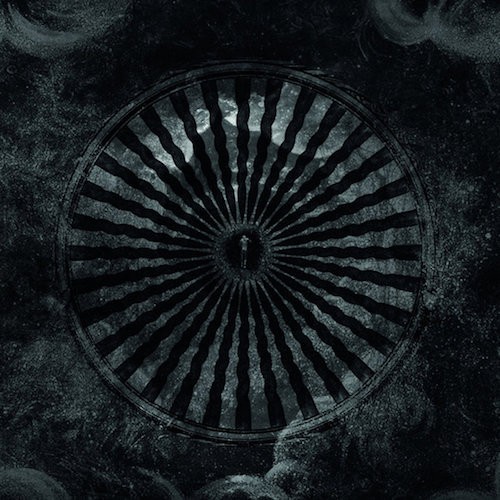 “Faith From Water” begins in an explosion of battering, bone-cutting frenzy, but there are some mighty, bone-bruising grooves in the song as well. The riffs buzz like clamoring swarms of vicious hornets, and they pound and jab as the music’s rhythm stomps and lurches. A febrile guitar lead rises; specters become manifest in eerie, wailing tones over a compulsive bass-and-drum pattern; the growled vocals are as hostile as a demon mastiff off its leash.

This track comes from The Merciless Light, the debut album of the Swedish occult blackened death duo Tehom. It was first released about a year ago (when Andy Synn reviewed it for us) but seems to have been made available in physical editions on June 23rd by Helter Skelter Productions. It’s worth the reminder.

It might have made more sense for me to put this next track right after the one by Cenotafio, since Dead Moon Temple are also Chilean and since Nox Fragor Art also created the cover for their new album, Ænigmasólvoid, which was also released by Throats Productions (on July 3rd). But I thought pairing two blackened death metal tracks at the outset would be a better way to start.

To continue the playlist I chose “Nothing But the Void“. The song boils and burns with a fierce incandescence, hailing chaos in torrents of furious percussion and soaring, seething riffage that seem ecstatic as well as mad (and the vocals are the sound of lunacy as well). On the other hand, as the chaos subsides, long, heavy bass reverberations and a swirling wash of eerie, rippling and spearing notes bring an uneasy reverie, with visions of menacing, otherworldly grandeur becoming manifest. It’s very easy to get caught up in this changing trip and to be carried away with it, body and soul. 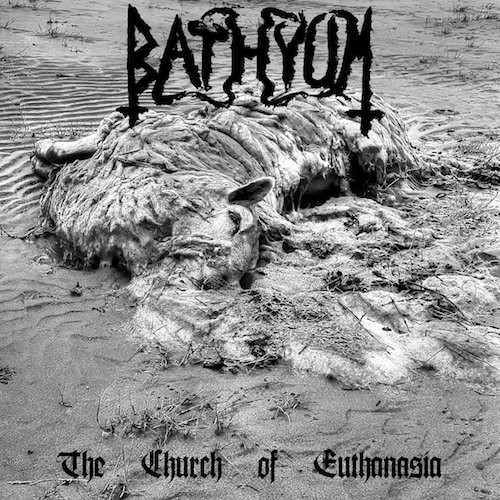 “Ceremony of the Pagan Queen” has had its hooks in my head for several weeks. It’s not the only song from The Church of Euthanasia that’s buried itself there, but maybe because it’s the first track I heard from the album, it’s burrowed a bit deeper.

Resist the power of these fiery, ferocious riffs if you can; try to resist the warlike melodies and throat-cutting vocals; I think you’ll find resistance is futile, even when the music takes a turn into colder and much bleaker territories before one final charge.

The Church of Euthanasia is the second full-length album by the one-man UK black metal band Bathyum. It was released on June 22nd. 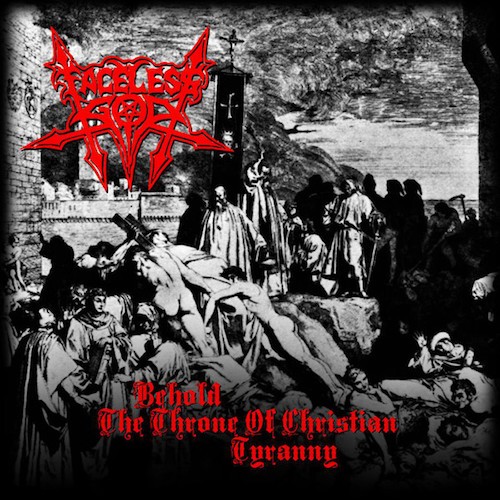 Up next is “Chaos Is Order Yet Undeciphered“, the opening track from the second album (or EP, depending on whether you think an album ought to be longer than this release) by the Greek black metal band Faceless God. It was originally released in July 2017 on CD by Askio Productions and on tape by Ill Damnation Productions. I’m afraid the only way to get it now is on the second-hand market.

This song becomes more and more electrifying as it moves (and it moves at a torrential pace), thanks to the magnetic attraction of the seething guitar work and the triumphant, whirling melodies, which sound like the accompaniment to a dervish-like dance. It took me more than one listen to get used to the barked/chanted quality of the high/low vocals; the drumming was impressively off-the-chain from the first time through.

(Thanks to Conchobar for alerting me to this record.)

UPDATE: now there is a Bandcamp!
https://facelessgod.bandcamp.com/album/behold-the-throne-of-christian-tyranny 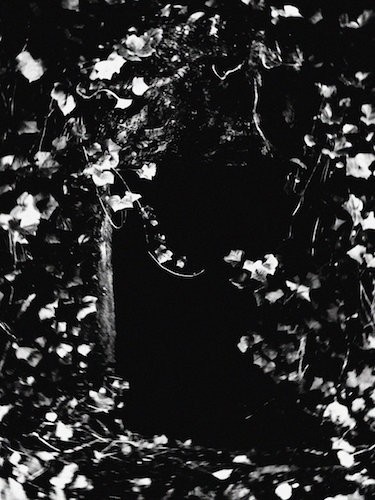 “Castrum Doloris” is dreamlike at first, its shimmering ambient sounds and riveting guitar solo creating a mood that’s melancholy, imperiled, and kind of wondrous. It might have succeeded in creating a lasting spell, had it not been interrupted, but the interruption proved to be damned good as well — a racing, ravaging assault of raw black metal fury with an almost heroic aura.

This is the opening track from Angstloch, the second album by the one-man band Nidstang (Dylan Bloom from Olympia, Washington). It was released on June 21st. There’s only one other track on the record that’s longer than this one; most are short bursts of adrenaline-fueling drum gallops, riveting riffs, and mind-scarring shrieks, with some well-timed changes in the rhythms, and lacings of both eerie and glorious melody to add to the richness of the experience.

There’s almost as much punk in the cadences and chord progressions as there is black metal; that combination is a winning one in Nidstang‘s hands. But as the ambient closing track proves again, just as the opener did, Nidstang is also capable of casting spells.

(I again owe thanks to Conchobar for making me aware of this release, as well as the one from Faceless God.)