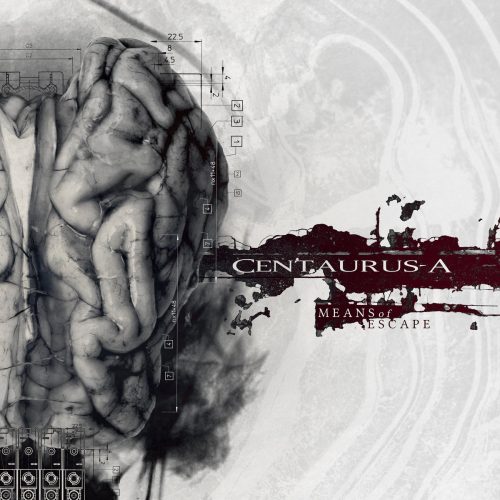 (This is Andy Synn’s review of the new album by Germany’s Centaurus-A, their first after a nine-year absence.)

Is nine years a sufficient break between releases to call Means of Escape a “comeback” album? Answers on a postcard, please.

Whether it is or it isn’t though, it’s still a significant enough gap that I think most fans (myself included) had essentially accepted that Centaurus-A’s impressive debut, Side-Effects Expected, was going to wind up as one of those underappreciated underground classics whose impact and influence was destined to be appreciated solely by a few lucky listeners who just happened to have been in the right place, at the right time.

And yet, almost out of the blue, the Centaurus-A machine suddenly came back online in April of this year with the announcement that news of their demise had been greatly exaggerated, and that a brand new album was set to be released very soon… a new album which eventually dropped on the 13th of June, exactly one month ago today. 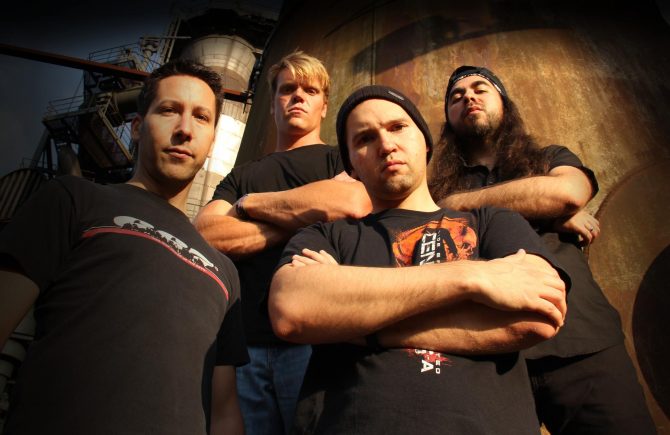 Despite the nearly decade-long interlude between albums, Means of Escape picks up pretty much right where its predecessor left off, providing the listener with eleven tracks of intense, frenetic riffing and punchy, kinetic drum work, each of which benefits massively from the band’s undeniable talent for interweaving chunky, headbanging hooks and ear-catching technicality in an impressively dynamic and fluid manner.

This time around the German quartet (most of whom have been playing together since the early 2000s) are joined on the mic by former Darkane vocalist Lawrence Mackory, whose gravelly, instantly-recognisable, voice – while obviously different in tone and delivery to that of the band’s previous singer, Johannes Henke – fits in nicely with the hi-tech thrashiness and carefully calculated complexity of the material, to the point where I doubt anyone new to the band would be able to tell he’s not a full-time member.

Across the length and breadth of the album you’ll be treated to an enviable mix of hyper-focussed fretwork and strafing, laser-guided blastbeats, humongous grooves and pounding pneumatic rhythms, all topped off with a bevy of complex, yet irresistibly catchy, hooks, and a plethora of unexpected dynamic twists so sharp and sudden that you might want to wear a neck-brace, just to be safe.

Attention should also be drawn towards the lead guitar work too, because when these guys (Maik Matanovic and Hernan Martinez) decide they want to shred, they really do shred… though never in a way where it seems like it’s not in service to the overall song. It’s just that, when either (or both) of the duo really cut loose it gives you an even greater appreciation not just for their obviously superior skill, but also for the clear restraint they’ve shown elsewhere by not simply trying to cram as many notes or clever time signatures into every song as they can.

It may seem like an unnecessary or obvious point to make, but it’s just always nice to hear a band harnessing their impressive instrumental abilities in service of their songwriting, and not the other way around.

Whether you’re a new fan or an old fan, you’ll probably be pleased to hear that the overall quality level on Means of Escapeis so consistently high that it makes it difficult (though not impossible) to select any clear stand-outs from the eleven songs which make up the album.

That being said, you needn’t be worried that all these tracks are going to blend together or simply offer the exact same listening experience every time, as Centaurus-A are clearly smarter, and better, songwriters, than that.

If you’re looking to get blasted in the mouth, for example, don’t just head on down to Paddy’s Pub, look no further than rampaging opener “Coalescence”. Or if you’re after a similar experience, but with some more high-gravity groove thrown in for good measure, then maybe you’ll be more interested in “Coma Crawl” or “Down the Drain”?

Alternatively, if you’re after an explosion of thrashed-up heaviness and head-banging hooks, why not check out “[Dis]Grace of Charity” or its more extravagant cousin, “Bad to the Bone”? And then, of course, there’s the brooding darkness and densely layered riffage of “Pitchblack Nothing” for those of you looking for something a little bit more menacing to sink your teeth into…

Hopefully Means of Escape will be the album which finally gets Centaurus-A both the attention and the acclamation which they so richly deserve. And hopefully we won’t have to wait another nine years to hear the next fruits of their labours either!

One Response to “CENTAURUS-A: “MEANS OF ESCAPE””