It’s always difficult to choose songs for these Sunday columns, not because the pickings are slim but because of the constant abundance of music from the black realms that catch my fancy every week. This week I thought I might have time to make the choosing a bit easier by making more choices. I haven’t written Part 2 yet, and it’s conceivable that I won’t finish it in time for posting today before I have to turn to other activities. But if not today, then you’ll see it on Monday.

Before we turn to the music of this German duo, let’s have a small lesson about the band’s name and its pronunciation. “Dauþuz” is a Proto-Germanic or Norse word for death. In its spelling it includes a letter (þ) from Old Norse called thorn, which (as The Font of All Human Knowledge tells us) originated from a rune found in Icelandic and Norwegian rune poems. That rune is called Þurs in Old Norse (“Thurs”) or Þurisaz (“Thurisaz”) in its Germanic variant, and it appeared in the old rune poems as a name for giants.

The letter thorn (or þorn ) survives in only one modern language — Icelandic — where it’s pronounced something like th as in the English word thick, but not exactly. And so now, when you tell your friends how amazed you are by this band’s music, you’ll be able to do so without mutilating the pronunciation of their name by sticking an unwelcome “P” sound in the middle of it. But you probably knew that already.

The music of Dauþuz does indeed amaze (a word that itself has a very interesting origin story, even if its adjectival form has become ridiculously overused, but not in the case of Dauþuz). Their lyrical focus on mining sets them apart, too. Both of their albums are well worth your time, and it’s evident that their new album-length MCD, Des Zwerges Fluch, will be, too. It’s about “tales of dwarves and their evil magic against human intruders, who steal their treasures from the mountain’s depths”.

Just listen to “Buße – Des Zwerges Fluch II“. Although Dauþuz are fixated on workings under ground, the song truly soars. To be sure, it’s a ferocious piece of music, the vocals absolutely unhinged as they move through a range of scalding sounds, and the melodic currents dark at all times, but although the song channels brooding sorrow, wrenching pain, and scorching fury, it’s also glorious, so intense in its passion and so explosively vibrant that it seems capable of pulling your heart right out of your chest.

Des Zwerges Fluch will be released by Naturmacht Productions on August 25th. 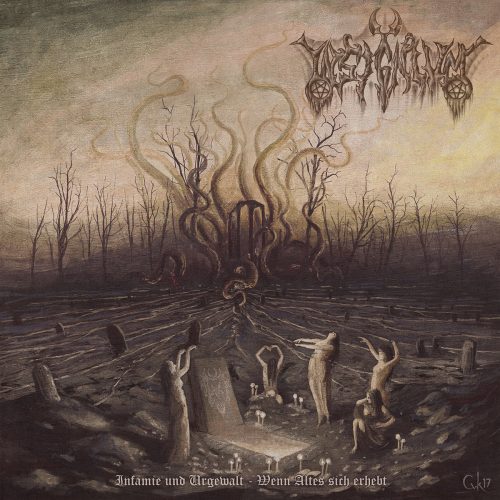 We’ll stay in Germany for this next song, which comes from the new album by Insignium, Infamie Und Urgewalt – Wenn Altes Sich Erhebt, which will arrive 13 years (!) after their last one. Even if you knew nothing about Insignium, wouldn’t the cover art seduce you into listening? It certainly had that effect on me (hails to Misanthropic-Art for the creation.)

“Nach dem Krieg” is the song below. Driven at first by a galloping drum rhythm, its intensity fueled by a bestial vocal performance, the music is immediately mesmerizing. It becomes darker, more ominous, and more head-hammering as the pace slows, but the melancholy-tinged melodies are persistently magnetic. It’s the kind of song, both warlike and magical, that very easily picks up the listener and carries you away. 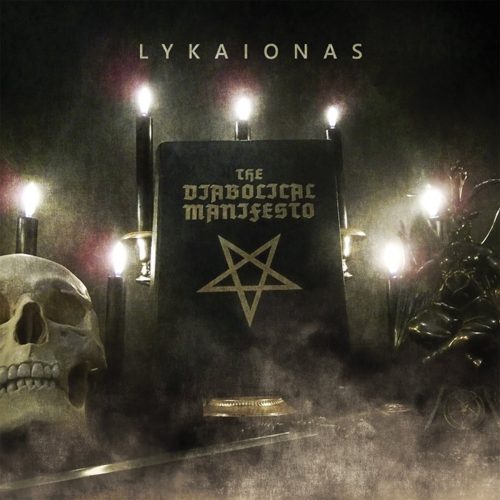 We move from Germany to Greece for the next song, “The Serpent Gate of Lamashtu“. It comes from The Diabolical Manifesto, which is the forthcoming second album by the Hellenic black metal band Lykaionas, whose two members, Porphyrion and Melanaegis, are also bandmates in Kawir (the former is also a member of Cult of Eibon and Nergal).

The lilting acoustic opening of the track is hypnotically beautiful… but things get much, much heavier and much more incinerating before too long. Thunderous drumwork, racing riffs, and truly caustic vocal shrieking create mounting tension and eruptions of orgiastic violence, but the music also booms with skull-shaking power and possesses a kind of pitch-black grandeur as well. It surges toward a pulse-pounding, eye-popping crescendo, fueled in part by incandescent guitar soloing, that’s a wild cyclone of fire with a glorious melody that sweeps over the top of the breath-taking tumult.

The Diabolical Manifesto will be released as a vinyl LP by the Brazilian label Hammer of Damnation on July 30th. 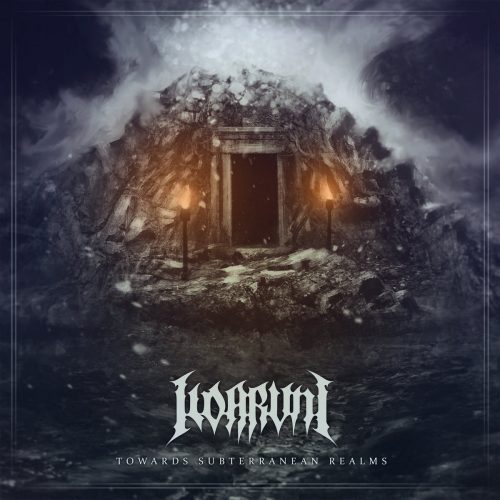 Towards Subterranean Realms is the debut demo by the Armenian pagan black metal band Ildaruni, and is conceptually based on “lesser-known excerpts from ancient Armenian history, which are often overlooked or forgotten”; lyrically, “the tracks depict mythology and aspects of occultism associated with the historical representation”. Erskine Designs created the cover art.

The demo consists of two tracks, “Treading the Path of Cryptic Wisdom” and “Towards Subterranean Realms“. There’s a strong folk-metal component to these emotionally evocative songs, thanks in part to the presence of wind instruments and exotic guitar tunings (which sometimes sound almost like bagpipes), and there’s a symphonic aspect in the soaring melodies as well.

The surging, blood-rushing power of the riffs and the physically compulsive rhythms of the music are dramatic (one might even say bombastic), and the ugly barbarism of the vocals is intense (though there are some brief clean vocals in the second track). And Ildaruni succeed in giving these intense, memorable songs a grand, mythic atmosphere that suits the music’s ancient inspirations, as well as flooding the bloodstream with adrenaline. As they prove in the second half of the second track, they know how to give your neck a good workout too (hell of a solo in that second track, too).