(In this week’s edition of Andy Synn’s series on the creation of metal lyrics, he elicits thoughts from lyricist/guitarist Enrico Schettino of the Italian death metal band Hideous Divinity.)

If you’re not already familiar with Italian blastmasters Hideous Divinity then stop whatever you’re doing now (which I suppose is reading this column) and head on over to their Bandcamp page straight away and listen to their facemelting third album Adveniens, which our very own DGR described as:

“…an atomic blast that never seems to stop expanding ever-outward from moment one, never losing momentum, and leaving nothing but ash, dust, and mutation in its aftermath.”

And then, once you’re done with that, make sure to come back here and read this new edition of Waxing Lyrical, where the band’s guitarist Enrico Schettino discusses where his lyrics come from, where they’re going, and the method behind the band’s particular brand of metallic madness!

Way back when I started writing music for Hour of Penance, it became a rather spontaneous thing. I’d write the music and eventually write lyrics that would fit. I would just apply the lyrics to the music just the way the structure was already, with no further changes… but my evolution came with H’s [Enrico “H.” Di Lorenzo – Hideous Divinity vocalist] vocals which forced me to change the structure to give proper relevance to vocals in the song.

Yep, it’s sometimes a bitch to re-edit the song, but totally worth it at the end. 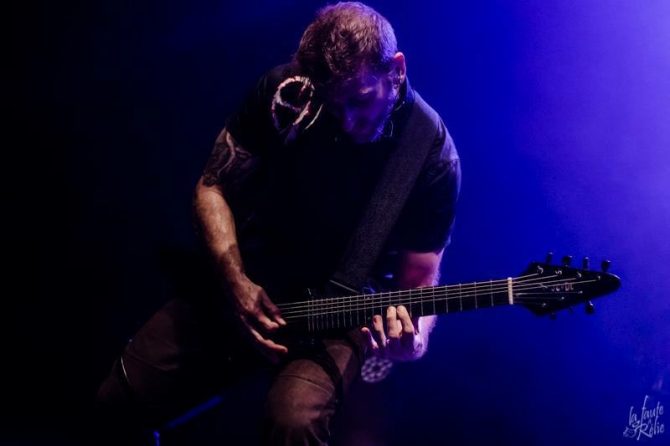 Yeah, I love to write down key phrases when watching certain movies or reading books. It’s the best way to find catchy song titles. That’s how the word “Adveniens” got stuck in my head while reading Massimo Cacciari’s essay.

Another thing is documentaries and interviews. I’m a documentary freak. Sometimes the “Making Of” a certain album/movie is better than the thing itself. Not to mention, only great directors are able to make great documentaries.

Oh, I also have a thing for the lyrics from Pig Destroyer’s Prowler in the Yard. It’s been my personal bible for the past 8 years. I like to re-read it like a modern poetry book. I’m getting goose bumps just thinking about that album.

the arms of boys drowning in fire reaching for the rungs of my rib cage.

These pills I take in the witching hour.

I imagine I am swallowing you. 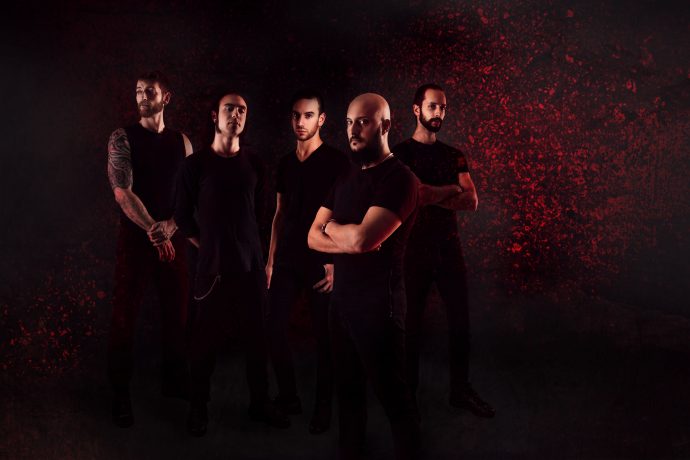 Becoming more self-confident about my knowledge of the English language, I’ve been trying to get to the minimalistic root of the concept of any of our albums and come out with more short lyrical hooks to facilitate H’s creation of what I dare to call “choruses”.

H has always had a thing for Pop music, and always tried to convert those hooks into something that would fit extreme music.

We’ve been working together for the past eight years and three albums, with another one currently in the making, so over the last nine years I’ve ended up writing my music for only one singer.

The “DA-HO-MEY” chorus on “In My Land I Was a Snake” is one of the strongest lyrical moments in our discography in my opinion.

Life is a dream, I stare at the sea, dreams of dahomey

I search for the land where snow grows, mother can you hear

Barefoot and blistered white king of the dahomey

The king of dahomey

I was afraid the African-tribal concept of that album could be misleading (“Will everyone look at the cover and song titles and think we’re trying to mock Roots?”) and that some of the key words would create confusion. With the Metal audience you’re never safe.

Still, I think Cobra Verde was such a huge step forward on so many levels (unfortunately it was not the same for many fans).

In general, the funniest part is to mix key dialogues of cinema references with the actual lyrics. “Obeisance Rising” is based on John Carpenter‘s They Live, and the first singing lyrics are “Marry and Reproduce”, then you have the “Da-homey!” reference in the beginning of Cobra Verde, with the desperate chant of “Adjinakou” closing the album.

On “Adveniens”, the most paradigmatic chorus of all is the one which fills the slow second part of “Ages Die” that none would expect: ‘I am the adveniens, future of the past’.

This album was all about fewer words and less self-indulgence. Short and straight-to-the-point messages sometimes as cryptic as futuristic poetry: this is what we are now. Just like the music.

There’s no need for us to look for the most hyper-technical riff, hence, no need to go for some sort of occultism manifesto with every song lyric. Read it and give it the meaning you want, who knows, your interpretation may be far superior to the original meaning that came from my pen.

As long as you enjoy our minimalist lyrical violence, I’m more than satisfied.

I see your ages dying, as word become flesh

Canvas for the crayons, for the children to come

Watch me paint and celebrate the suffering delight

I am the adveniens

Future of the past

I’ll end with the same suggestion that I always give regarding music: find something that gives you goose bumps, read it, breathe it, dissect it, discover what makes you fly high and why.

Never force yourself into a lyric concept just because your music is supposed to have the final word on it.

Find what brings out your darkest emotions and once it’s there, the lyrics will flow like a stream… hopefully!