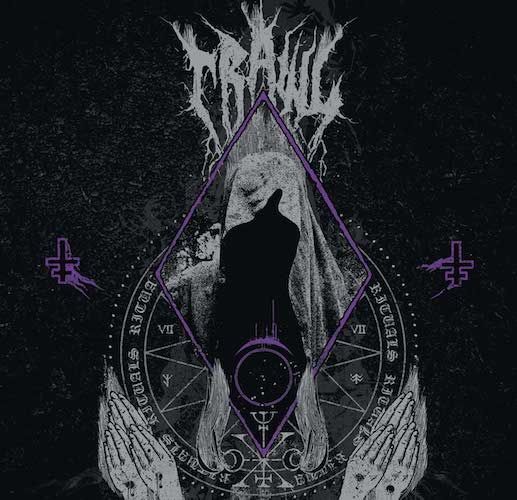 You may not know it, but right now you’re in the path of a wrecking machine. It’s growling and rumbling, eagerly waiting for you to push the arrow in the player below so that it can run you over and drag you behind it like so much roadkill.

With that introduction, you’ve probably figured out that despite their name, Crawl aren’t some turgid, sludgy doom band bent on relentlessly lowering your body temperature and suppressing your pulse rate in a semblance of death. No, their music is an amalgam of Swedish-style death metal, crust/punk, and hardcore thats capable of striking with explosive power, as you’ll discover in the song we’re bringing you today, which proclaims “Reject the Cross“. 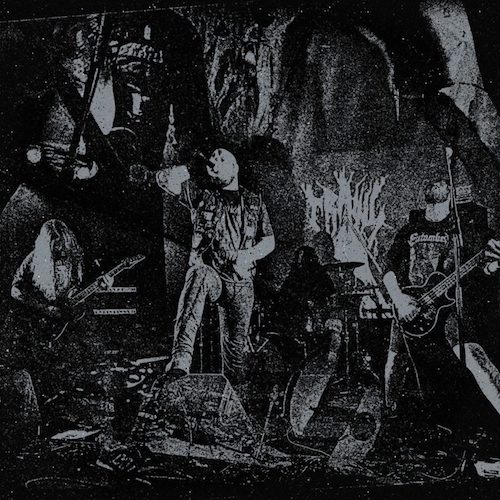 This band includes current or former members of Drap, Demonical, and Decomposed, and their debut album, Rituals, is scheduled for release on August 20th by Transcending Obscurity Records, who’ve already carried the torch for other variants of Swedish death through the release of albums by such groups as Paganizer, Henry Kane, and Ursinne. Crawl take the template and infuse it with different energies.

“Reject the Cross” doesn’t crawl — it bludgeons and batters with red-eyed fury, fueled by the deep, pavement-fracturing tone of the riffs, and a bass line that’s a heavy-weight mauler. The influence of crust and hardcore is unmistakable in the changing drum rhythms and in the raw, wild, brutish vocal hostility.

The crushing viciousness of the music is also unmistakable, and the band bring it to a boil when a seething riff surfaces and shards of freakish melody spear out of the tumult. And a massive headbang trigger awaits you in the back-end of the song. It’s a hell of a trip, over before you know it, but leaving lasting damage in its wake.

The eye-catching artwork was created by Jonas A. Holmberg (This Gift Is A Curse). To pre-order Rituals and for more info about the album as the release date approaches, check the links below.

One Response to “AN NCS PREMIERE: CRAWL — “REJECT THE CROSS””