Our friend HGD handled Part 1 of today’s SHADES OF BLACK installment, and he made some excellent picks that coincidentally were on my list, too, but his efforts gave me the time to focus on a few more.

The French one-man band Baume released a debut album named Les Années Décapitées in March, which I would have missed but for a recent recommendation from a trusted source. You can guess from the album’s cover art that this isn’t going to be the kind of black metal that brings Les Légions Noires to mind, and in fact black metal is only one of the ingredients that flow through the music that Juif Gaetan has created.

There is typhoon-like speed and power in Baume‘s music, a haunting quality in the vocalist’s pained wails and agonized roars, and soaring, unearthly beauty in the high, shimmering and sparkling leads. The thunderousness of the drumming and vibrancy of the bass lines further enhance the dramatic intensity of the music. Anguish and desperation come through strongly in the music’s most emotionally explosive movements, yet it has the capacity to sweep you off your feet.

Gale-force intensity isn’t the sole measure of the music, however. Slow, heavy, spectral gloom is to be found as well. Even there, however, the music becomes harrowing, with feverish leads and bursts of drum frenzy matched with keyboard notes of pensive sorrowing and waves of cosmic ambient gleaming. Baume has a taste and a knack for elevating the cleaving of the soul into an experience that partakes of timeless grandeur, like a Shakespearean tragedy, or perhaps even more to the point, like the mix of cruelty, tragedy, and magic to be found in The Tempest.

Juif Gaetan was aided by vocalist Laurene Hamery and bassist Hugo Beauzée-Luyssen on this recording.

(Thanks to Rennie of starkweather for steering me toward Baume.) 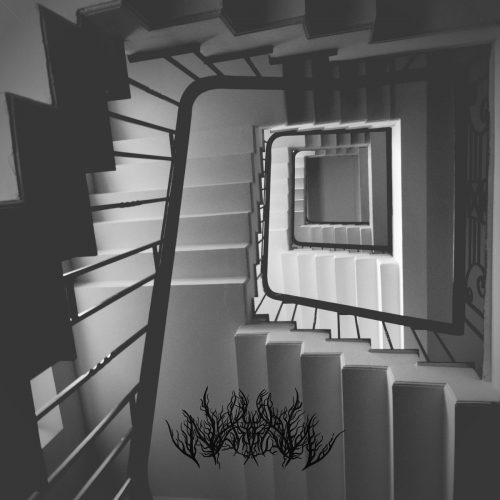 The Indian musician behind Nightgrave continues to turn out new releases at a rapid pace, and I will continue to write about them as long as they continue to be as enthralling as the ones produced so far — and the latest certainly is.

The new one, Nightgrave’s third album, is a six-track excursion named Black Earth that was released on July 2nd. Just looking at the cover photo (by Anuj R.) is a dizzying experience, and the music can be dizzying as well, with sharp contrasts in sound and style which happen often enough that there’s no chance of easing back and dozing as you listen. At the same time, the album is thoroughly enveloping, creating a world of its own that becomes the new world you live in as you make your way through it.

Like Baume, Nightgrave isn’t hostage to traditional black metal tropes, which will please or disappoint you, depending where you line up. “Atmospheric black metal” might be a suitable short-hand guide to the sound, but even that falls far short of encompassing what you’ll find here.

The contrasts in the music are right up front, in the opening track “Mitosis“. The first minutes of the song are slow and mesmerizing, with the enormous ooomph of the drums providing the physical grip, and the layered, melancholy reverberations of guitars drawing the mind into its spell. You can feel the intensity building, and then without warning the music becomes vastly more heavy and ominous as a deep, grinding riff, dissonant leads, and thundering drums become dominant, channeling sensations of cold, violent derangement mixed with chest-splitting desolation and flashes of unearthly wonder.

That opening track was so riveting in its movements that I was left hungry for it to continue when it ended so abruptly. Fortunately, the sequence of changing sounds, moods, and pacing that follow it in the remaining five tracks are just as dynamic, and just as engrossing. Gliding and glorious at times (“Amaranthine”), hard-rocking and bouncing at others, with a kind of lilting lightness (“Frost Flower”), pensive and wistful at others (the opening of “Cagebreaker”), the music is a changing trip, but one that never seems tethered very firmly to the mundane world, and one that always seems followed by a shadow of sorrow. And the songs include surges of frenzied angst and brooding heaviness (“Cagebreaker” again, and “Vas”) that plunge you into a hard wreckage, in contrast to the music’s frequent ethereal qualities.

The longest track, “Ashen Embrace”, which closes the album, is yet another contrast — a kind of jangling, depressive, mainly clean-sung song that at first seems part indie-rock, part post-punk, but with some wrenching growls and howls in the mix, and then cranks up the intensity into an unnerving, incendiary expression of splintering pain and grief.

Another powerful, immersive release by Nightgrave, and with luck we’ll have another before New Year’s Eve. 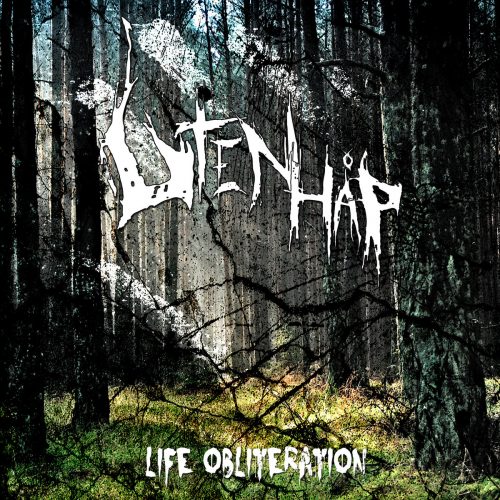 Uten Håp (“without hope”) is one of the many, many solo projects of a prolific Norwegian musician, not to mention bands in which he performs live or as a session member; considering just this particular project, Metal-Archives lists 16 Uten Håp releases from last year through this year alone. The most recent of those is a debut album named Life Obliteration, which will be released by the new UK label Cult of Osiris on August 13th.

If you haven’t guessed already, Uten Håp‘s forte is depressive black metal, so devoted to the expression of hopelessness and desperation that there are almost no lyrics on the album, simply wordless screams of agony. “Unrest” is the one song from it that’s currently available for streaming. Heavy on the reverb, the song is like a dense, washing cascade of sound that covers you up from head to toe, flooding the senses. The high, trilling lead that eventually surfaces is magnetically beautiful, and utterly heart-aching. I don’t hear any drums in the music, and the voice does indeed sound like one primal expression of despair after another.

Deeply penetrating music… I had to shake myself when it ended, trying to remember where I was and what I was supposed to do next, and I’ve found myself drawn back to it repeatedly, even though it leaves me close to tears every time. 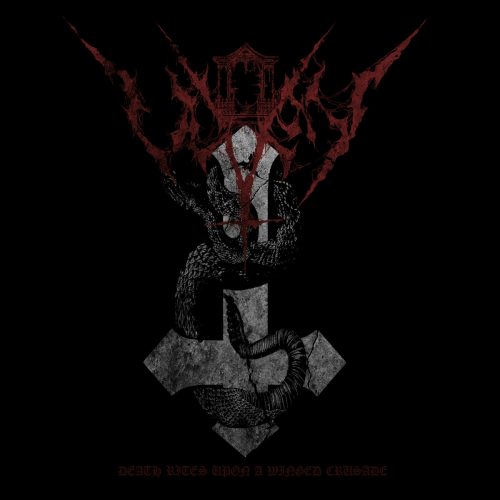 And this makes the fourth one-man project in this post. Ulven is the creation of Ohio musician/vocalist Sean Deth, who is also a participant in Burial Oath, Witchhelm, and Osi and the Jupiter, among other involvements. Death Rites Upon A Winged Crusade is Ulven’s second album, and it will be released by the UK label Death Kvlt Productions on August 23rd. Both the label and Ulven have Bandcamp pages set up for the album, with slightly different groups of songs streaming on each one. Between the two of them you can check out four album tracks.

I would say that there’s an overarching depressive quality to all the other music in this post, and there’s some of that here as well, but the black metal in these songs is also often rough, raw, blistering, and blasting, with ugly snarled and roared vocals that sound like a cavalcade of livid demon beasts off their chain. The relatively lo-fi production quality gives the music an abrading, grimy quality that befits its sulfurous atmosphere.

There are some high-quality, gale-force riffs in these songs, and the pacing is frequently turbocharged, but I confess that what was equally appealing to me about these songs were (for want of a better term) the interludes and interstitials — surprising moments of haunting softness, flavored by moody acoustic guitar melodies — and other moments (as in the bulk of “Night of the Long Knife” and the second half of “Winged Promise”) when things get slow, cold, and grievously desolate. Even in the most rampant assaults, there are also grand, bleak melodies that get their hooks in; “Where Light Barely Penetrates”, for example (which includes an almost flute-like melodic component) scales epic heights.

(Thanks to Miloš for the tip on Ulven.)