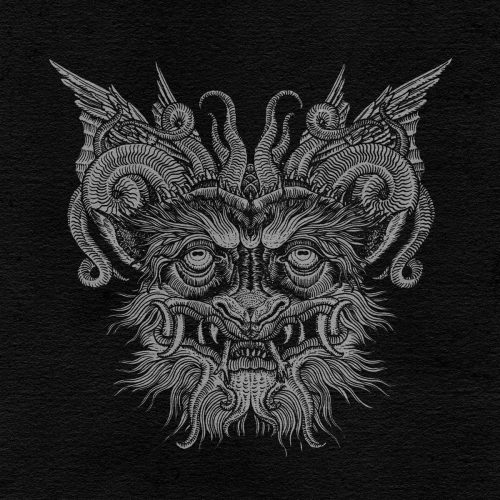 (We present Andy Synn‘s review of the new album by Slidhr, which was released by Ván Records on June 26th.)

I’ve seen it written in a few places over the last couple of months that 2018 hasn’t yet produced the same plethora of quality Black Metal releases that previous years have done.

And while there are undoubtedly multiple exceptions to this rule which we could all name at the drop of a hat (the new Funeral Mist, for one), for the most part I can see where these people are coming from, as this year has felt a little bit light on the ol’ brimstone and blasphemy front so far.

Thankfully however, the new album by Irish/Icelandic iconoclasts Slidhr is more than capable of rebalancing the scales in this regard. 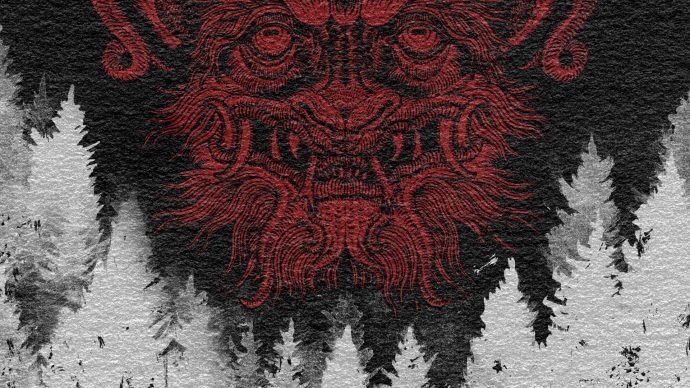 Several shades darker than the band’s first album, The Futile Fires of Man is at times reminiscent of the grim intensity of latter-day Enthroned or the doomy devilry of Secrets of the Moon, yet is also very much its own entity, with its own vision, its own voice, and its own identity.

The opening title track, for example, combines feverish guitars and violent drum work with an overarching sense of ominous, oppressive atmosphere, whose gloomy presence gifts the whole unholy affair a sense of malevolent weight and hypnotic menace far beyond what can be conjured by simply jamming together a bunch of tremolo riffs and blastbeats, and which speaks volumes about the underlying intelligence and artistry beneath Slidhr’s undeniably scorching sound.

What’s perhaps most impressive about The Futile Fires… is that, for all its gargantuan depth and density (and, let me be clear about this, each of these songs is a real multi-layered marvel, and will surely take some time to fully unpick and unpack), there’s no wasted space or lingering fat to be found here.

As a matter of fact the album as a whole, clocking in at a ferocious forty-six minutes (and change), is as lean and as lithe as they come, with nary a moment that feels anything less than utterly vital to the cause.

With “A Scattered Offering”, Deegan and co. return to a more punishing pace, the song’s blend of bleakly melodic, dissonantly distorted riffs and bone-rattling drums fuelling an impression of unstoppable, inescapable momentum which always seems right on the edge of collapsing into complete chaos, all of which contrives to make the martial, more measured tread adopted at the start of “Rise to the Dying” an even more effective shift in style and tempo.

Of course, as is the case with all the songs which make up this album, “Rise to the Dying” offers far more than just these initial impressions would suggest, moving through subsequent periods of chilling ambience, cascading blastbeats, and dirge-like doom, with little to no regard for common convention or outside expectations.

In lesser hands this clash of contradictions and antagonistic elements would be a catastrophe waiting to happen, but here the play of these threads is channelled into something greater than the mere sum of its parts, such that by the time that colossal closer “Through the Mouth of the Beast” – whose multiple movements and convulsive contortions both demand and deserve every ounce of the listener’s rapt attention – raises itself to its full height, I have little doubt that many of you will be willing to embrace this as a potential AOTY contender.