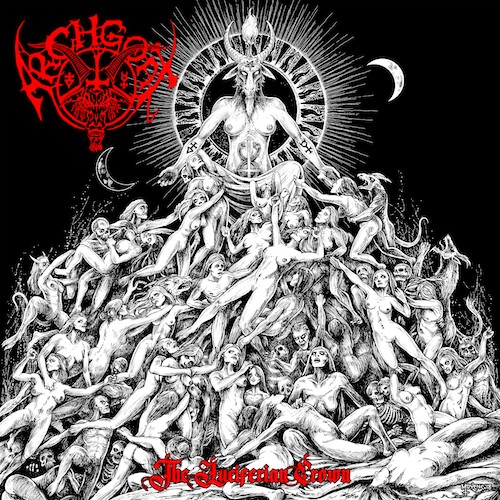 The unparalleled Finnish black metal band Archgoat are returning with their first album since 2015’s The Apocalyptic Triumphator, and their fourth full-length overall since the band’s formation in 1989. The name of the new one is The Luciferian Crown, and it will be released by Debemur Morti Productions on September 14th. In late June we premiered one track from the new album (“Messiah of Pigs”), and now we present another one through a lyric video: “The Obsidian Flame (From My Depths)“.

Bands such as this one are rarities — bands who have lived for nearly three decades but made no compromises despite the clamor and clawing of thousands of other bands trying to find their own hand-holds on the ever-shifting edifice of heavy music, dislodged by changes in trends or simply weakened by the passage of time. We watch the decline of dedication in other groups, or the burning out of their creativity as age seems to choke the oxygen from once-bright fires. But Archgoat seems immune to the ravages of time. 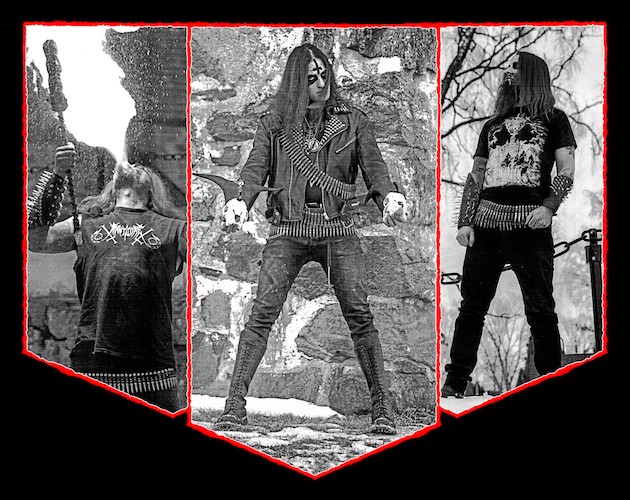 Perhaps Archgoat is an even more rare phenomenon among the rarities of bands who started their careers so long ago and are still with us, because their very distinct sound is so unpretentious, so unvarnished, so un-adorned by frills and flourishes. Time has not weakened them, and it also hasn’t tempted them to embellish the cruel, primitive brutality of their musical blasphemies.

This new song is a prime example of both their strength and their unwavering dedication. It’s built on a colossally grim, thuggishly heavy, lethally toxic riff — which happens to be so compulsive that only the heads of the dead would not move to it. The momentum of the music isn’t a rush, nor animated by technical acrobatics. The pace is like that of a heaving, stalking behemoth, driven by a slow, punishing drum cadence — which erupts in bursts of thundering mania without warning.

The vocals, of course, are a heartless croaking sound which seems only barely human. And the song is further marked by paranormal lead-guitar vibrations that truly seem like emanations from a sulphurous realm. Those brief perilous melodies warble, swirl, and ring out in devilish clarion calls. The combination of all these ingredients is like a primal invocation, a summoning of demonic lust, or perhaps like a tumor that grows in the listener’s brain and continues to fester there after the track ends. 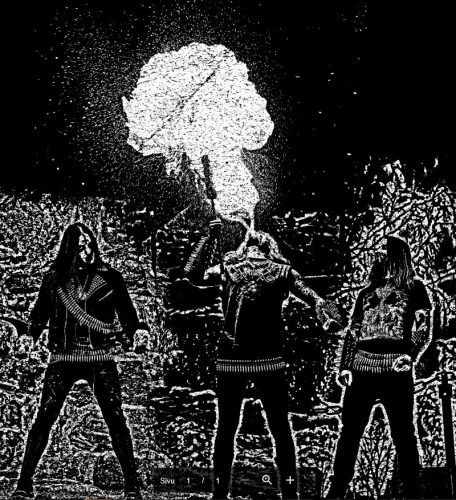 6 Responses to “AN NCS VIDEO PREMIERE: ARCHGOAT — “THE OBSIDIAN FLAME (FROM MY DEPTHS)””