I also loved the album, and the song that’s the subject of the band’s new video is probably might favorite of all the tremendous ones to be found within Cobra Speed Venom.

The excellent live-performance video, directed and produced by Kalle Johansson and Patrik Skoglow, amplifies the adrenaline rush of the music itself.

Mantar‘s music is bare-knuckled, bare-chested, head-wrecking rock ‘n’ roll for a wrecked world. Their live shows, of which I’ve been lucky to see three performances, have consistently left me deliriously pumped-up and almost breathless. The new video for “Seek + Forget” is a great one in part because the makers of the video did such a superb job capturing the raw explosiveness of their live sets.

The other reason it’s great, of course, is the song. Like much of Mantar‘s output, it’s catchy as hell and also mean as hell. The track comes from The Modern Art Of Setting Ablaze, which will be out on August 24th via Nuclear Blast.

Now the crushing begins. “Vexxagon” still rocks, as forecast at the outset of this post, but it’s also capable of fracturing spines and rupturing internal organs. It makes me want to heave my entire body up and down, not just my head.

The song is also marked by high, piercing wails in the vocal department and flickering, spectral leads. But of course the music is also still unwaveringly brutish, like a crowbar to the back of the neck.

Existential Void Guardian will be released on September 14th by Napalm Records. 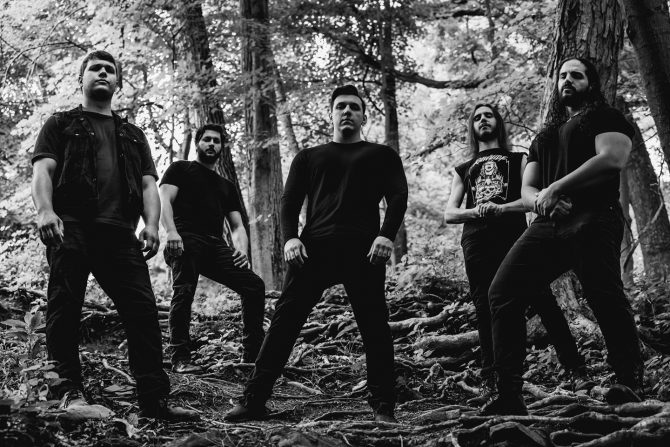 We’ll leave the rock beats behind now, but not the emotional power — which is still present in spades on this next track.

“Dawn of Phantom Light” is the opening song from Alma, the new album by New Jersey’s Windfaerer. The wild, reverberating tones of Valček‘s violin that launch the song, coupled with the surging power of the the rhythm section when they join in, and the electrifying force of the raking riffs and boiling leads, get the blood rushing through the veins in a big damned hurry. The livid, barbaric savagery of the vocals add further power to the fieriness of the music.

Even when the band are driving hard and fast, darkness lies within the music — and it emerges in its full, bleak, haunting regalia when the surge ebbs away, later becoming even more brooding and majestic — and eventually soaring on the burning wings of the violin again.

What a magnificent, emotionally powerful song this is. I’m forced to use a word I once swore I would stop using because it’s been beaten to death — I’d go so far as to call this song “epic”.